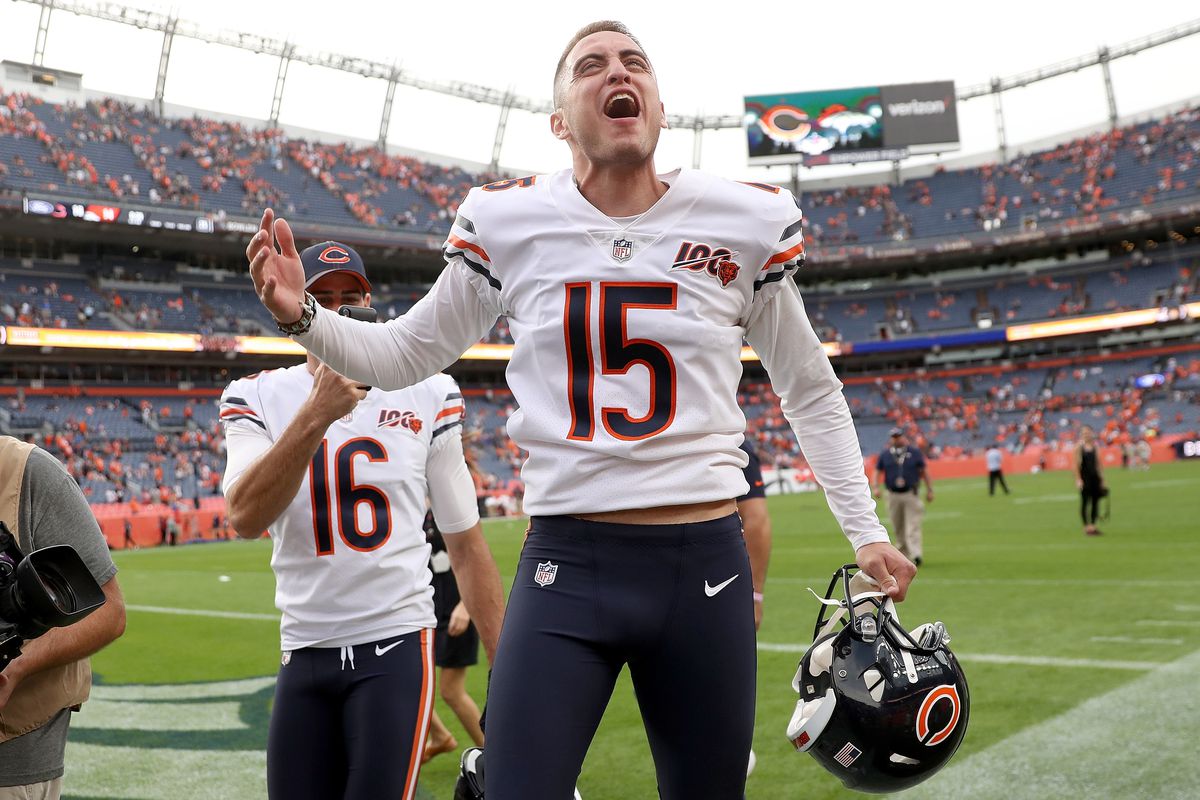 Bears (1-1): The Chicago Bears squeaked passed the Denver Broncos and won by a score of 16-14, thanks to Eddy Pineiro’s game-winning 53-yard field goal as time expired. Pineiro’s week two performance (3/3 FGs, 1/1 XPs) not only thrust him into the spotlight in Chicago, but it earned him NFC special team player of the week honors. Mitchell Trubisky also gave Bears’ fans reason to believe that he will improve on his less than stellar performance so far this year, because he lead the game winning drive by completing an 25-yard pass to Allen Robinson on fourth-and-15 to set up the field goal.  Although the Bears came out with the win, they should not have been in that stressful position at the end of the game. The offense struggled to move the ball and gain first downs after Kyle Fuller ‘s goal-line interception with five minutes left, seemingly sealing the victory. Joe Flacco and the Broncos took advantage of their opportunity by scoring a touchdown and converting the two-point conversion to take the lead late in the game. I wonder if Pineiro called “Kobe” as the ball left his foot because that field goal was simply clutch.

Redskins (0-2): The Washington Redskins had a tough matchup against the Dallas Cowboys last week, losing by a score of 31-21. The Redskins never lead in their game last week, mainly because their banged up defense was no match for the Cowboys’ prolific offensive attack. Dak Prescott shredded the defense both in the air and on the ground; passing for 269-yards and three- touchdowns with a completion rate of 26/30 (86.66%), and 69-yards rushing. Ezekiel Elliott also feasted in this game, rushing for 111-yards and a touchdown from 23 carries. The Redskins did have bright spots on the offensive side of the ball by scoring three-touchdowns. Adrian Peterson rushed for his 107th career touchdown, passing Jim Brown for fifth on the all-time rushing touchdown list.

Redskins: The Redskins are looking for their first win of the year against the Bears on Monday Night Football. If they want a chance to win the game they must find a way to convert on third downs. Last week against the Cowboys they converted on only two of nine of their third down opportunities. Even if they find themselves in third-and-manageable situations the Redskins must find a way to move the ball on the ground against the stout Bears’ run defense. They did not have a lot of success on the ground last week, only rushing for a total of 47 yards. Last but not least their defense has to perform better than they did against the Cowboys, giving up a total of 474 yards. No one will mistake the Bears’ offense for the Cowboys’ offense, but nonetheless the defense has to show up to play.

Bears: The Bears’ kicker Piniero is listed as questionable with a minor knee injury for their week three matchup against the Redskins. Due to the fact that Piniero is likely to be injured, the team cannot rely on him to provide most of the scoring for the team. Through two weeks they have only scored one touchdown so far. It’s time for coach Matt Naggy to run the run-pass-option (RPO) to jump start the offense and sustain drives. If the Bears can win the time of possession battle and keep the defense fresh, they should be able to come out of the game with a win.