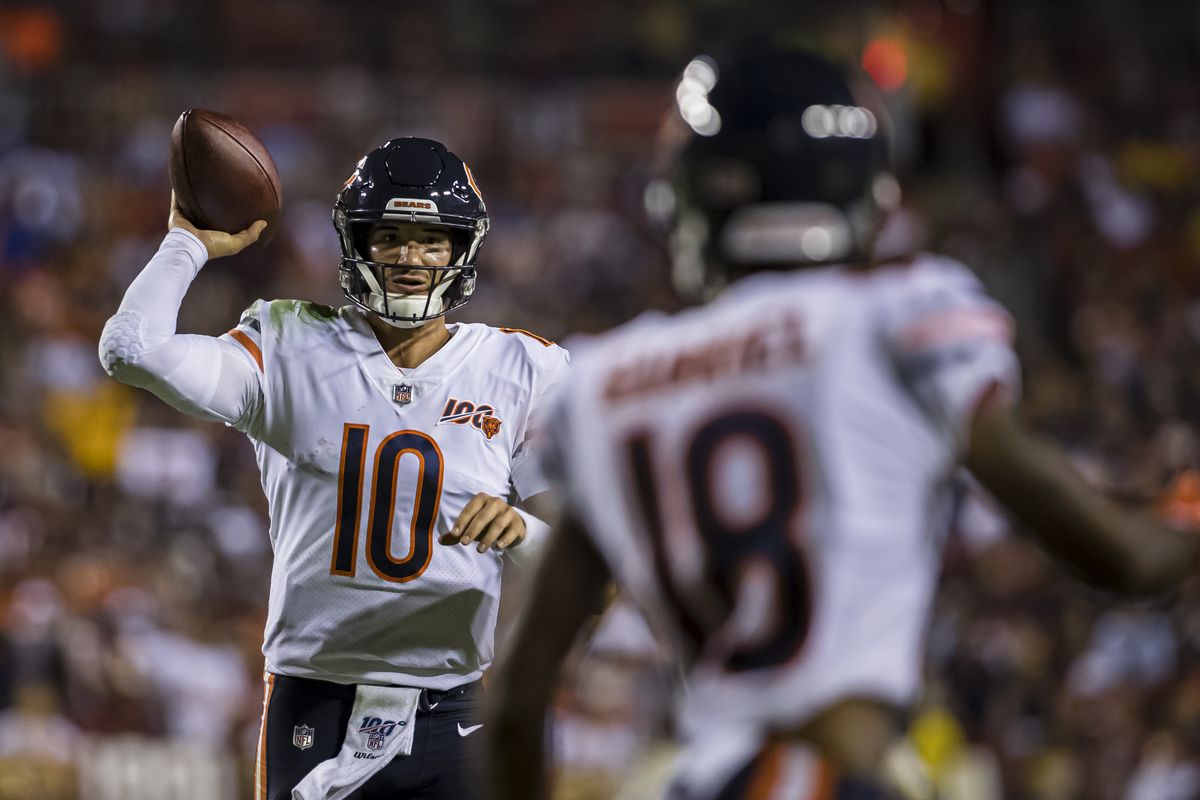 Bears (2-1): The Chicago Bears was dominant in their 31-15 win over the Washington Redskins on Monday Night Football. QB Mitchell Trubisky and the offense showed signs of life against the porous Redskins defense. Trubisky threw a total of three touchdowns to WR Taylor Gabriel in the first half of the game. The offense also showed some maturity at the end of the game by being able to grind down the clock with an efficient running attack. This performance was encouraging because they had a slow start to the year, only being able to score one touchdown in two games. The Bears’ defense had a big hand in the offensive success last week. They were able to give the offense great field position and multiple opportunities to score, due to them forcing a total of five turnovers. S Ha Ha Clinton-Dix laughed all the way to the endzone after picking off QB Case Keenum in the first quarter, which gave the team an early 7-0 lead.

Vikings (2-1): The Minnesota Vikings also pushed around their week three matchup the Oakland Raiders, winning by a score of 34-14. The Vikings rushing attack was the reason for their dominance against the Raiders. Their offensive line deserves the game ball because they flat out abused the Raiders’ defensive front and gave their rushers huge holes to run through all game. They rushed for a total of 211 yards and scored three rushing touchdowns. RB Dalvin Cook accounted for 110 of those rushing yards, and was able to rest the whole fourth quarter of the game. He currently leads the league in rushing after posting 100-yard rushing games in all three games so far this year.

Vikings: The Vikings are looking for their first division win against the Bears in a tough environment at Soldier Field this weekend. This game will be very physical because the Vikings rely heavily on their rushing attack and the Bears’ defense is no pushover. Their offensive attack will need to be more balanced, which means QB Kirk Cousins will have to be effective at passing the ball if they want a chance to win the game. The offense also must protect the ball and limit long distance downs because the Bears and their fans feed off of the defense’s ability to cause chaos. The Vikings’ defense should be confident that they can contain Trubisky. Whoever can win the field position battle will win the game.

Bears: The Bears have momentum going into their week three divisional matchup against a tough Vikings team. They are riding a two-game winning streak on the road, and look for them to play with a chip on their shoulders after losing at home to the Green Bay Packers in week one. This game will be won in the trenches. The Bears’ run defense will be tested against the current rushing leader Cook. They need to be able to keep the Vikings rushing attack in check and rattle Cousins with pressure. The offense also needs to be able to have success moving the ball down the field against an established Vikings’ defense. Expect head coach Matt Naggy to call the game with tempo like he did last week against the Redskins. If the offense is able to build on their week three performance, the Bears will win the game.