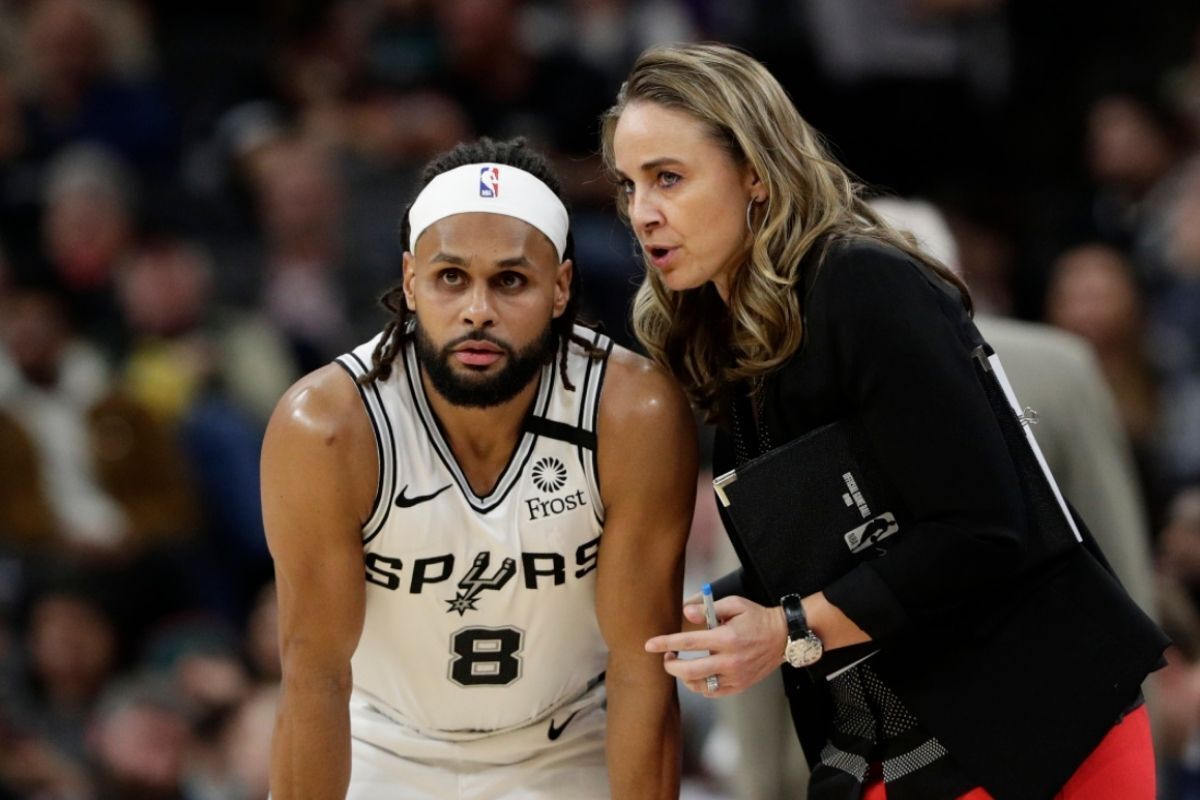 “Leadership knows no gender,” says Coach Hammon. “I don’t want to downplay the significance of it because it is a big deal. I get that, but I also want it to be known that I was hired because I was qualified.”

Upon her becoming one of the first female assistant coaches in the NBA, Hammon held a 15-year professional career. Hammon has overcome many adversities for her career by creating ways to get to where she desires to be. Here are a few of the hurdles Hammon faced.

Hammon played basketball for Stevens High School in her hometown, Rapid City, South Dakota. Her senior year, she was named South Dakota Player of the Year. In Hammon’s high school basketball career, she averaged 26 points, four rebounds, and five steals per game. Her accomplishments propelled her to be accepted at Colorado State where she set all-time records. Hammon was the very first from Colorado State to be All-American in 1999. That same year Hammon even won the Frances Pomeroy Naismith Award.

In 1999, Hammon went undrafted, but she was signed by the NY Liberty in 1999 and played for them until 2006. Then she played for the San Antonio Stars from 2007-14. Without an invitation for the 2008 American Olympics, Hammon made the executive decision to try for the Russian Olympics, her parents were immigrants from Russia.

In 2015, Hammon took on the role of coaching San Antonio’s summer league. Of course, this was historic because she was the first woman. But not only did she create history for herself, but the entire franchise. The Spurs won the Las Vegas Summer league competition.

Her Injury is the Reason Hammon Started Coaching

In her eight seasons with the San Antonio Silver Stars, Hammon tore her ACL against the Los Angeles Sparks. Her tenure began her relationship with Spurs head coach Popovich. She retired to join the then reigning champions as the first female coach of any major sport in North America.

Basketball is undeniably a sport where height matters but Hammon beat the odds. As a point guard her height was ideal, but that never stopped her passion. In 2007, she was the WNBA’s leader in assists. Hammon was a six-time All-Star, two-time first team selection, and two-time second team selection.The San Antonio Stars even retired number 25.

There isn’t a ceiling for Coach Hammon. She has all the qualifications to be a head coach in the NBA. Her perseverance and resilience have been displayed and proven.

What It Took To Land Brooklyn’s Big Three
Yeah the NBA is Cool, but Have You Tried NBA Twitter? – Beef Edition