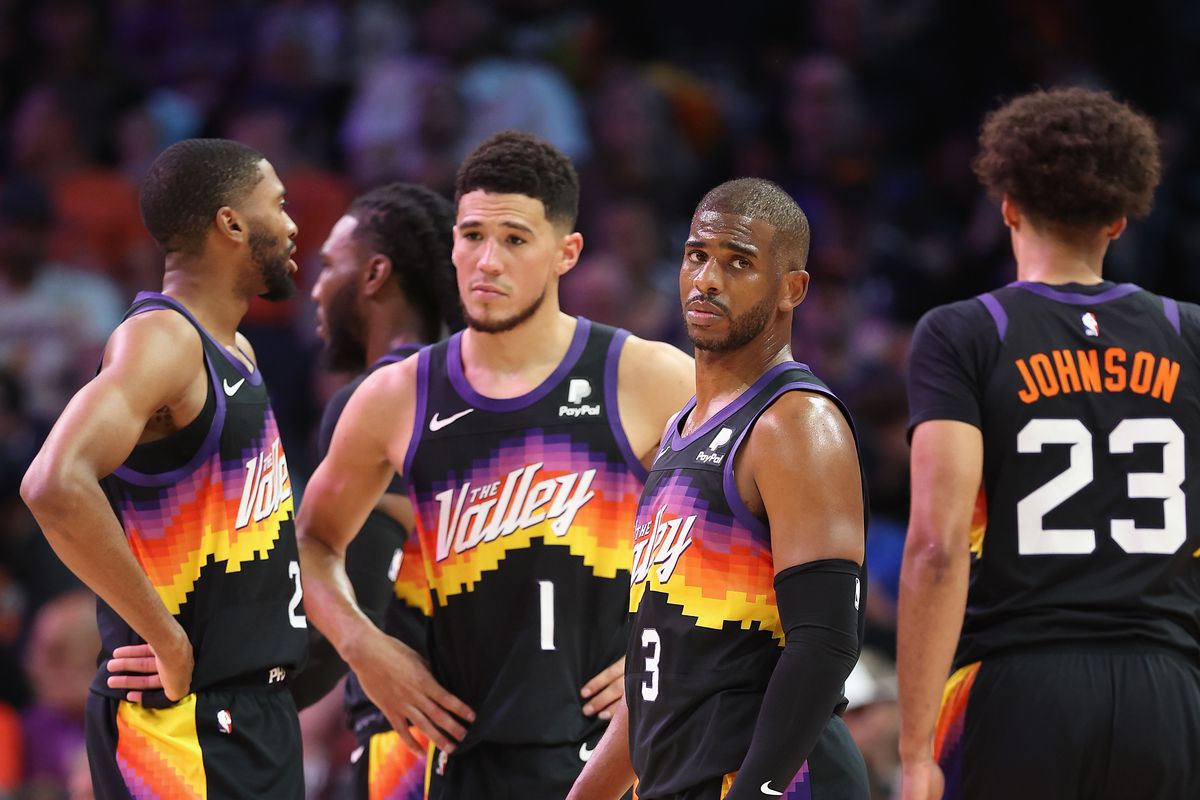 NBA Basketball is almost back!  In less than two weeks, the Phoenix Suns will look to rebound from a disappointing 2021-22 season.

On September 26, the Phoenix Suns will begin their title quest at training camp.  While the Sun’s look like they will be going into camp relatively unchanged, there will be multiple aspects to monitor during Sun’s camp.

The franchise opens their preseason against Adelaide 36ers from Australia’s NBL.  This preseason opener is followed by matchups with the Los Angeles Lakers, Denver Nuggets, and lastly the Sacramento Kings.

Preseason basketball in the NBA is quite weird.  Coaches are allowed to experiment with different lineups, schemes, and rotations without much consequences.  The only consequence being how to handle your core players during camp and preseason.

Devin Booker, Chris Paul, and Deandre Ayton will participate in training camp.  However, their status for the preseason is unknown.  Monty Williams understands that his stars must use this time to get their legs beneath them.  You just don’t want to get your star player hurt in meaningless action.

The role players, whose spot in the Sun’s rotation may be in question, must use this time as an opportunity to impress.  Ayton, Booker and Paul make up the core of a championship team.  However, they won’t be able to do it alone.

Taking that into consideration, do the Suns hold out on any trades, or does Phoenix feel as if changes are needed to compete in a stacked Western Conference based on last year’s results?

Here are a couple of dealings to monitor before training camp and preseason begins.

Cam Johnson and Jae Crowder will compete for the starting power forward role this offseason.  Yet, both are expiring contracts.

At 32, Crowder still plays a valuable role on contending teams.  Jae Crowder was the surefire starting forward in his first two years in Phoenix.  His inconsistent shooting from three makes one wonder if Jae’s days as a starter are over.

Jae Crowder is the most notable Suns player on the trade block.  The Suns preseason and training camp will be used to measure the prospective starting lineups.  If Crowder isn’t the opening day starter, will he be moved?  If Johnson isn’t the starter, do the Suns truly have enough to compete, or will both forwards be dealt knowing their contract situation?

We’ve seen glimpses of Cameron Payne abilities, most notably in the 2021 postseason.  Last season was a step backwards for Payne following his new contract.

Ensuing a disappointing postseason, Payne looks to put those abysmal shooting percentages behind him.

Utilizing his non-guaranteed contract makes being moved that much more interesting.  Payne’s NBA journey proves that one can’t knock his work ethic.  Consistency will demonstrate whether or not Payne is a backup point guard on a championship caliber team.

After losing Javale Mcgee to Dallas in free agency, the Suns backup big man remains in question.  Bismack Biyombo and Dario Saric seem to be the teams best bet.

Saric last played in the 2021 NBA Finals, tearing his ACL in Game 1.  After missing the entire 2022 season, Saric participated in Eurobasket and has impressed.  Whether a power forward or center, Saric looks forward to training camp and preseason as an opportunity to show why Phoenix doesn’t need to go out and get a backup center.

The backup center position is Bismack Biyombo’s spot to lose.  The veteran hopes that his defensive versatility will help spill Ayton in short minute spans.

With an Ayton trade still in question depending on the teams early season success, the Sun’s will look to do whatever it takes to win now.