The Cleveland Cavaliers own the second best record in the NBA thanks to an impressive six game win streak. It’s not like they’ve been beating up on the worst teams in the league either, with two impressive wins over last year’s Eastern Conference Champions in the Boston Celtics. The only bottom feeding team they defeated were the Orlando Magic, who themselves just took out the reigning champion Golden State Warriors. They’ve been arguably the best team in the league, and have been relying on a few key factors. 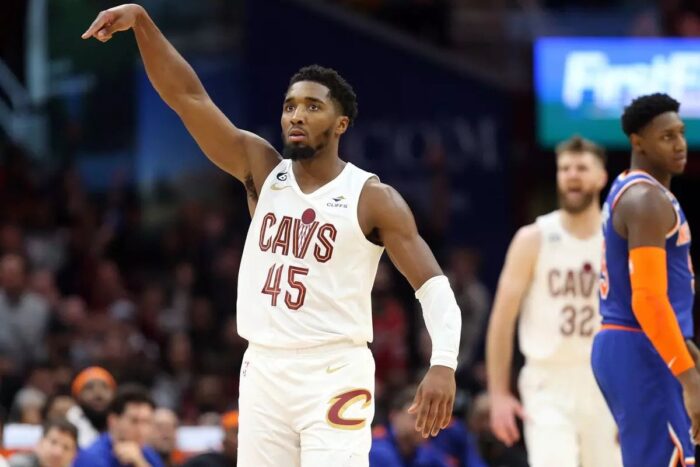 The first and most key factor has been the absolutely insane play from Donovan Mitchell. Previously, expectations for the Cleveland Cavaliers this season shouldn’t be Championship contenders. Not yet.  However, if Mitchell or Darius Garland ascended to MVP-level status, this might push them into that conversation.

That’s exactly what Mitchell has done, which has been even more impressive, considering Garland has only been available for one of those games in the win streak. Mitchell is averaging 31.1 points per game on bonkers shooting splits of 48/44/85. Fun fact, in just seven games Mitchell surpassed former Cavs first overall pick Anthony Bennett’s franchise points. He’s also been playmaking at an elite level in addition to the scoring with 7.1 assists per game.

While offense is always there with Mitchell, his defense has also taken a leap. The increased effort is noticeable, and it’s showing up in the advanced stats too. Mitchell boasts a 1.7 DBPM (his next highest year was his rookie year with 0.3) and his D-RAPTOR is at 4.1 (next highest is 0.7).

Beyond the statistics, Mitchell is also bringing the intangibles. The passion, the fire, and the leadership have been palpable, and the whole team is responding. Mitchell has been incredible in the clutch, even on bad nights. In their latest matchup against Boston, Mitchell struggled for most of the game, but that didn’t bother him. He was the one that took over to give the Cavs the lead late. Mitchell scored ten straight points in the final two minutes to make it 106-103. Even though the Celtics would go on to tie it up and send it to OT, it was impressive nonetheless. Mitchell has that clutch experience that the young Cavaliers don’t have yet, and that added dimension is so important. 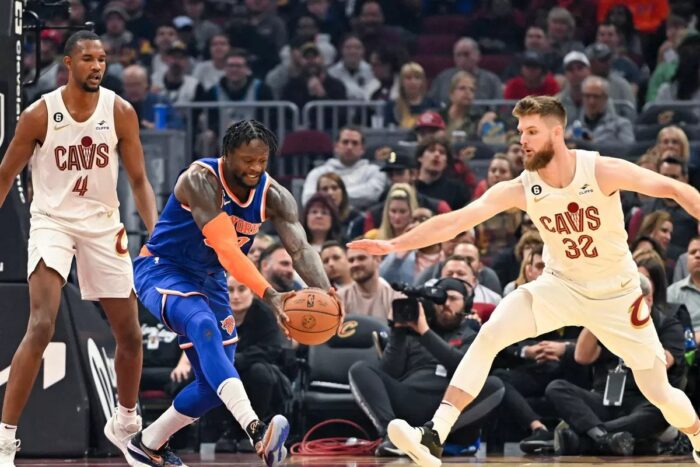 Besides Mitchell being on a tear, the rest of the Cavs are also playing quite well. Currently, they are second in the league in three point percentage, at 40.4%. While that number isn’t crazy, a lot of their individual percentages are career highs, and by quite a bit. Mitchell with the aforementioned 43.8% from deep of course (career 36.1%), but they also have solid percentages from the supporting cast. Dean Wade is shooting 55.6% from three, Caris LeVert is at 47.5% (career 33.3%), and they also have Garland and Kevin Love shooting above 40% as well. Although the extra playmaking Mitchell and LeVert bring help players get better shots, the percentages are bound to decrease later on this season. Nevertheless, these improvements are promising.

What’s been excellent so far has been the Cavaliers’ defensive play, and credit must go to coach J.B. Bickerstaff. While he does have two great defenders to rely on in Jarrett Allen and Evan Mobley to patrol the paint, he’s gotten excellent defensive effort and play from guys who haven’t been necessarily known for it in years past. Mitchell is a great example, but Caris LeVert and Dean Wade have also put in great work on defense this year.

Bickerstaff’s young roster have a D-rating of 105.5 (ranking second in the league), and a points per game of 106.7 which ranks fifth. Every NBA team always wants three-and-D players, and right now basically the whole Cavs roster is excelling at precisely those things.

While a regression is likely, it’s clear this Cavs team is really good. That’s something we’ve always known. What they’ve been proving so far however, is that they are Championship good. They’ll need Mitchell to continue playing at a high level. For a career high in PPG at 31.1, it’ll be interesting to see if he keeps it up. Additionally, Cleveland hasn’t had Garland much in the early going, but during his first game back, he dropped 29 points and 12 assists. With MVP-level Mitchell, along with great team play, the Cavaliers have certainly put the league on notice.

The Nets Are In Trouble
The Resurgence of Kristaps Porzingis