Is Belgium a Real Contender for the World Cup Despite Coming in Second in their Nations League Group? 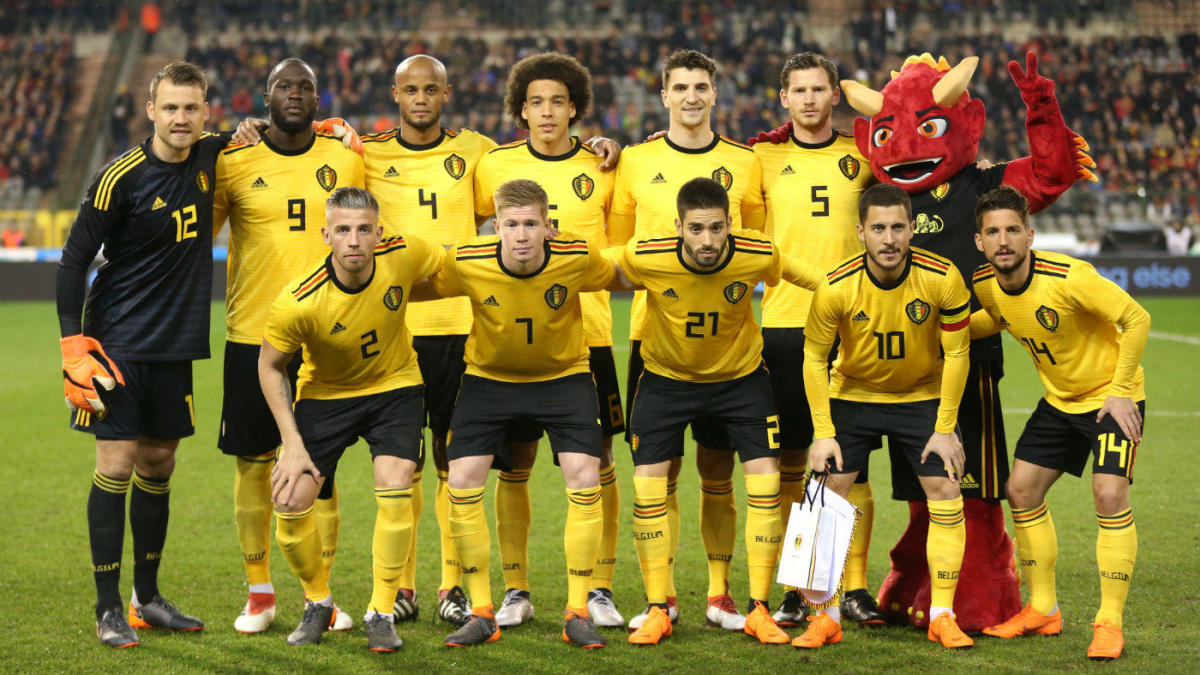 Is Belgium a real contender for the World Cup after coming in second in their Nations League group? The small nation has been improving and have been impressive in the last few World Cups and Euro Championships.

Though ranked second in FIFA’s latest rankings, they are listed a little far back to win it all in November. Roberto Martinez’ side looks very sharp despite a few ajustments to make a real run for the World Cup.

Martinez played the squad in a 3-4-2-1 formation. Michy Batshuayi started up top as Belgium’s lone striker and the favorite to start up top in the World Cup. Eden Hazard got the start as an attacking midfielder despite not getting enough playing time in Real Madrid. He also had Jan Vertonghen, Toby Alderweireld and Zeno Debast in the back with UCL Finals star Thibaut Courtois in goal.

Belgium completely dominated the game, leading the score sheet in possession and shots. They got on the board early with a goal from De Bruyne in the 10th minute of the game, assisted by Batshuayi. Later in the 37th minute Batshuayi scored to give Belgium a 2-0 lead, assisted by De Bruyne.

Despite Wales having 10 shots (four on target) Courtois did not need to make one save in the game with the defense doing a fine job keeping the clean sheet. Both De Bruyne and Batshuayi had a fantastic game, contributing to both goals in the game. Hazard did a fine job with two shots during the game, but he could have done better. Overall, Belgium looked strong against a World Cup team and reasons why they are a contender for the World Cup.

This matchup may have been a potential World Cup Final or semi-final preview as both teams battle out for the top spot in their group. Martinez kept the same lineup in from the last game, but instead replaced Youri Tielemans with Everton’s Amadou Omana and Yannick Carrasco for Timothy Castagne in the midfield. He was in the stands watching there game after receiving a red card last match.

It was a very close game against two extremely talented teams. Belgium maintained 55% of the possession with 11 shots (four on target) while the Netherlands maintained 45% of the possession with 13 shots (five on target). Onana was very involved for Belgium with two shots (two on target) for the team. Both De Bruyne and Batshuayi were not as sharp as last game, only registering one shot each.

The tie was broken when Virgil van Dijk headed the ball into the net from Cody Gakpo’s corner kick. The game ended 1-0 with the Netherlands taking the win and clinching first place in the group. It was a superb game tactically with both teams playing very high press and keeping a solid defense. Belgium had chances to score but missed too many opportunities that cost them a win.

Can Belgium Still Be A Contender For the World Cup?

Despite losing to the Netherlands, Belgium is still a contender for the World Cup. They have a very strong team that can make a run to win it all in November. They have the best goalkeeper in the world in Courtois and one of the world’s most talented midfielder in De Bruyne, who will be Belgium’s main player heading into the World Cup. The team has a very solid back line, especially with star defender Toby Alderweireld leading the team in the defense. With Omana’s performance against the Netherlands, he could get the start at the midfield over Tielemans.

Martinez also hopes to get Hazard back in World Class shape before the World Cup, so he can line up with De Bruyne and cause trouble for opposing teams. The team just needs to improve on capitalizing on every opportunity they get in front of the goal. There is not many goal scorers on the team, however by capitalizing on every opportunity, Belgium will be a very dangerous team during the World Cup.

What is the Future of Gareth Southgate Amid England’s Poor Run of Games?
Brazil’s Dominate Run Continues After Two Blowout Victories in International Play