Bell wins big in Charlotte; What to expect from the Round of Eight 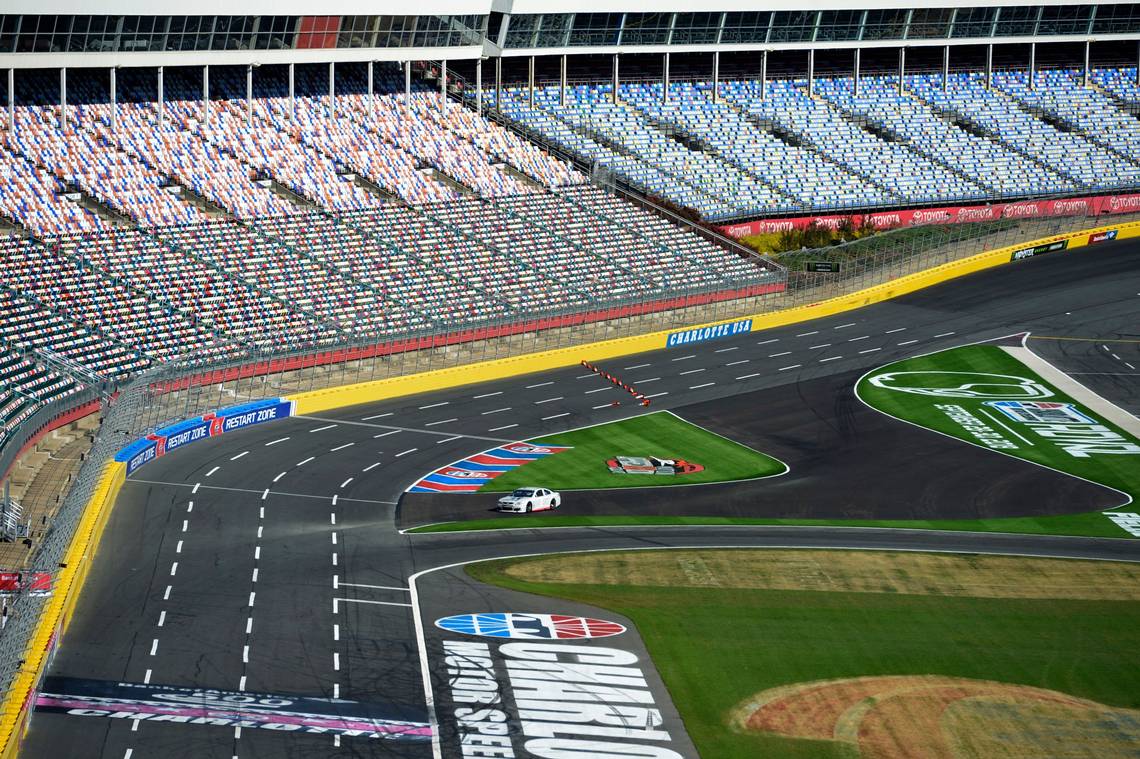 This past Sunday, the stars of the NASCAR cup series faced possibly the toughest track on the circuit, the Charlotte Roval. This past Sunday’s race was also the elimination race for the round of 12. The Charlotte Roval has been known for causing chaos in the past for the playoffs. This is due to the challenging layout of the course, as well as the race being an elimination race for the playoffs. This race had no shortage of drama and chaos, but the racing product was below expectations.

Expectations were high for this past Sunday’s race due to the good racing that the Charlotte Roval has put on in the past few years. Unfortunately, the racing was well below average. It has been evident that on some road course races earlier this season, the next-gen car has not performed well on road courses. Up until six laps to go, the only cautions that happened throughout the race were the stage cautions. The racing was very spread out, and it was very hard to pass. Fans are now questioning if the traditional oval should be run for the fall race, instead of the Roval. The next-gen car has performed brilliantly at intermediate tracks, but as previously said, has been disappointing at road courses. Christopher Bell, who was in a must-win situation coming into Charlotte, made his way into the round of eight with a win at Charlotte.

This is Bell’s third career win, the second of this year, and second on a road course. Bell’s crew chief Adam Stevens made a gutsy call under caution on lap 105 to come down pit road and put four fresh tires on. The call paid off for Stevens and Bell. After two overtime restarts, Bell passed Kevin Harvick and drove his way to victory lane, and more importantly, the round of eight. If this is a sign of things to come from Bell, then he could be a serious contender for the championship. Unfortunately for some drivers, they weren’t as lucky as Bell was. As previously said, this race was an elimination race for the playoffs. There were still four drivers eliminated from championship contention this past Sunday.

Who’s In and who was eliminated from the playoffs:

The four drivers that were eliminated from the playoffs were Kyle Larson, Austin Cindric, Daniel Suarez, and Alex Bowman. Bowman had sat out this race, and the previous race at Talladega due to concussion-like symptoms. Bowman announced earlier Wednesday evening that he would sit out the next three races, in hopes to be back for Phoenix. Cindric, the 2022 Daytona 500 champion, was in a position to advance to the round of eight but spun on the last lap. Suarez lost power steering during the final stage and lost five laps for repairs. Larson, the 2021 cup series champion, broke a right rear toe-link with 10 laps to go, which resulted in a 36th-place finish. Chase Briscoe would secure the last spot in the round of eight over Larson and Cindric.

NASCAR announced earlier this week that they would review the radio chatter and last-lap actions of Briscoe’s teammate, Cole Custer. Some had felt that Custer intentionally blocked another driver for Briscoe to score enough points to get into the round of eight. NASCAR had found that Custer did deliberately block for Briscoe on the last lap, but the following penalties would not affect the round of eight. Both Custer and his crew chief, Michael Shiplett, were fined $100,000 each, and Shiplett was suspended indefinitely. These actions on the track are not a good look for the sport whatsoever. To think that the 2021 cup series champion will not be able to defend his title is quite shocking. Most people had Larson going to Phoenix to defend his crown. With the tracks in the round of eight, most thought that Larson would make it to Phoenix with ease.

Round of eight previews:

This round is the final round of the playoffs and sets the championship four for Phoenix. The round of eight consists of some fan-favorite tracks, Las Vegas, Homestead, and Martinsville. It has been proven throughout the season that the next-gen car excels at the mile-and-a-half intermediate tracks. Both Las Vegas and Homestead are mile-and-a-half tracks. Earlier in the season, it had become evident that the next-gen car had issues with short-track races. Earlier this year, NASCAR held testing for the teams to help resolve the problems with the next-gen car and short-tracks. These test sessions were after the Martinsville spring race. Martinsville will have some high expectations as well. Here’s to hoping for good racing to set the championship four for the championship race in Phoenix.