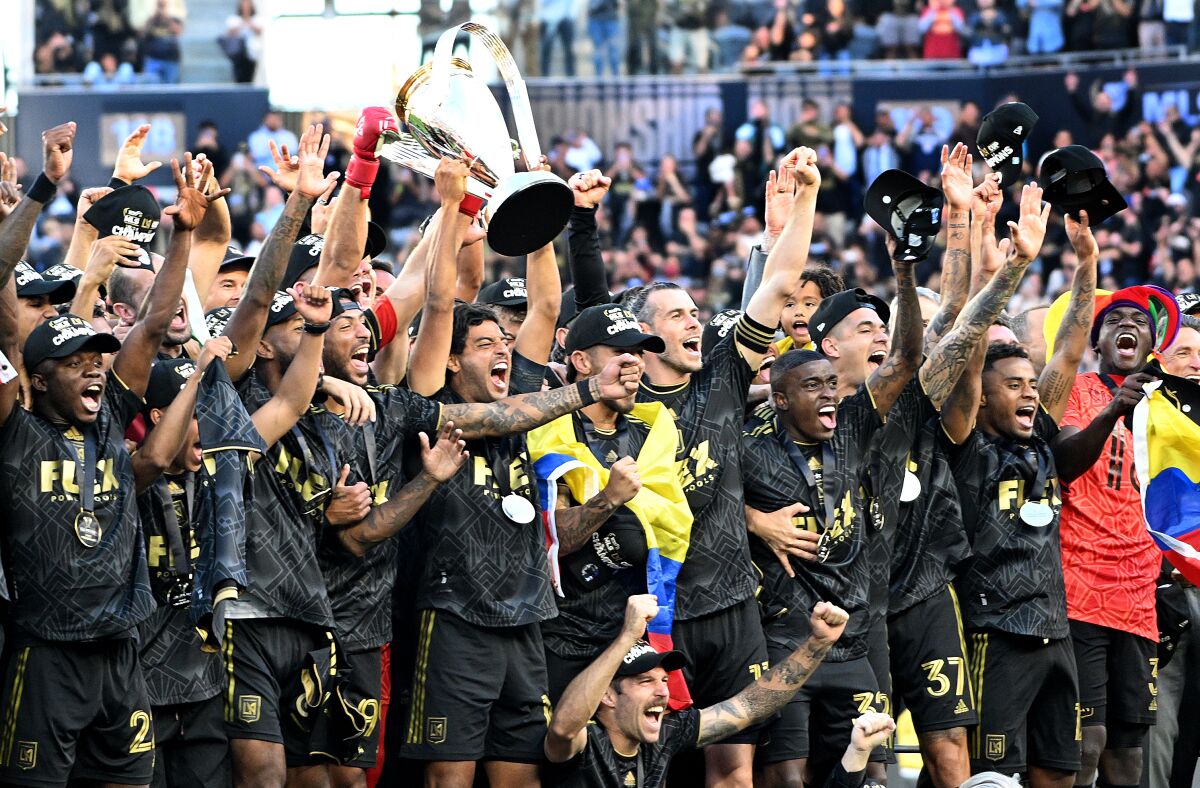 Best MLS Cup Final ever? LAFC win their first title in club history with a thrilling game that is arguably one of the best in finals MLS history. The two number one seeds of LAFC and the Philadelphia Union faced off as it was the first time since 2003 that both number one seeds face off in the finals. In a packed-out Banc of California stadium with an attendance of 22,384, both teams delivered an extraordinary game.

LAFC began the game strong on full attack, however the Union carried most of the possession early in the game. A free kick from Kellyn Acosta that was deflected off Union’s Jack McGlynn put LAFC on the board first. Both teams were playing equally well, but more is yet to come.

The Union finally responded back with a goal in the 59th minute by Daniel Gazdag. It wasn’t until the 83rd minute when Jesus Murillo put LAFC back in the lead following a corner kick from Carlos Vela. This didn’t stop the Union from responding with a goal from defender Jack Elliot to send the game to overtime.

Gareth Bale was brought on in the 97th minute for Carlos Vela, which proved to be a very good decision. The second half of overtime nothing less from excitement with both teams high-pressing.

During the 116th minute, a mistake from the LAFC defense saw Union’s Cory Burke make a fast break away to the net, however was tackled by Canadian goalkeeper Maxime Crepeau outside the box. This led to a nasty collision that left Crepeau with a broken leg. The ref had to hand him a red card with LAFC continuing the match playing a man down with the third string goalkeeper John McCarthy taking over the net.

The Union quickly took advantage of LAFC playing a man down.  Jack Elliot scored in the 124th minute to possibly seal it for Philadelphia. This was the latest goal in an MLS final in history… for just three minutes.

Even with LAFC playing with 10 they continued to attack and a cross from Diego Palacios right to five-time Champions League winner Gareth Bale for a goal erupted the whole stadium. He ties it at the very last minute to send the game to penalties. This is the second year in a row the MLS Cup Finals will go to penalties.

There was a lot of unknown questions on how John McCarthy was going to handle the penalties. He had only started in one MLS match all season. However, he was part of the Union organization from 2017-2018 in which he lost the starting role to Andre Blake.

This played in LAFC’s advantage with McCarthy knowing where Jose Martinez and Kai Wagner were going too save both penalties. Also, with Gazdag losing his footing, LAFC made three penalties to claim their first MLS Cup in club history.

McCarthy was finals MVP for his heroic performance. Many experts have agreed that this was the best MLS Cup final game in its 26 years of history.  Gareth Bale and Giorgio Chiellini add more hardware to their trophy case with a league title from the U.S. It is the first time since 2017 that the supporters shield winners also take home the MLS Cup.