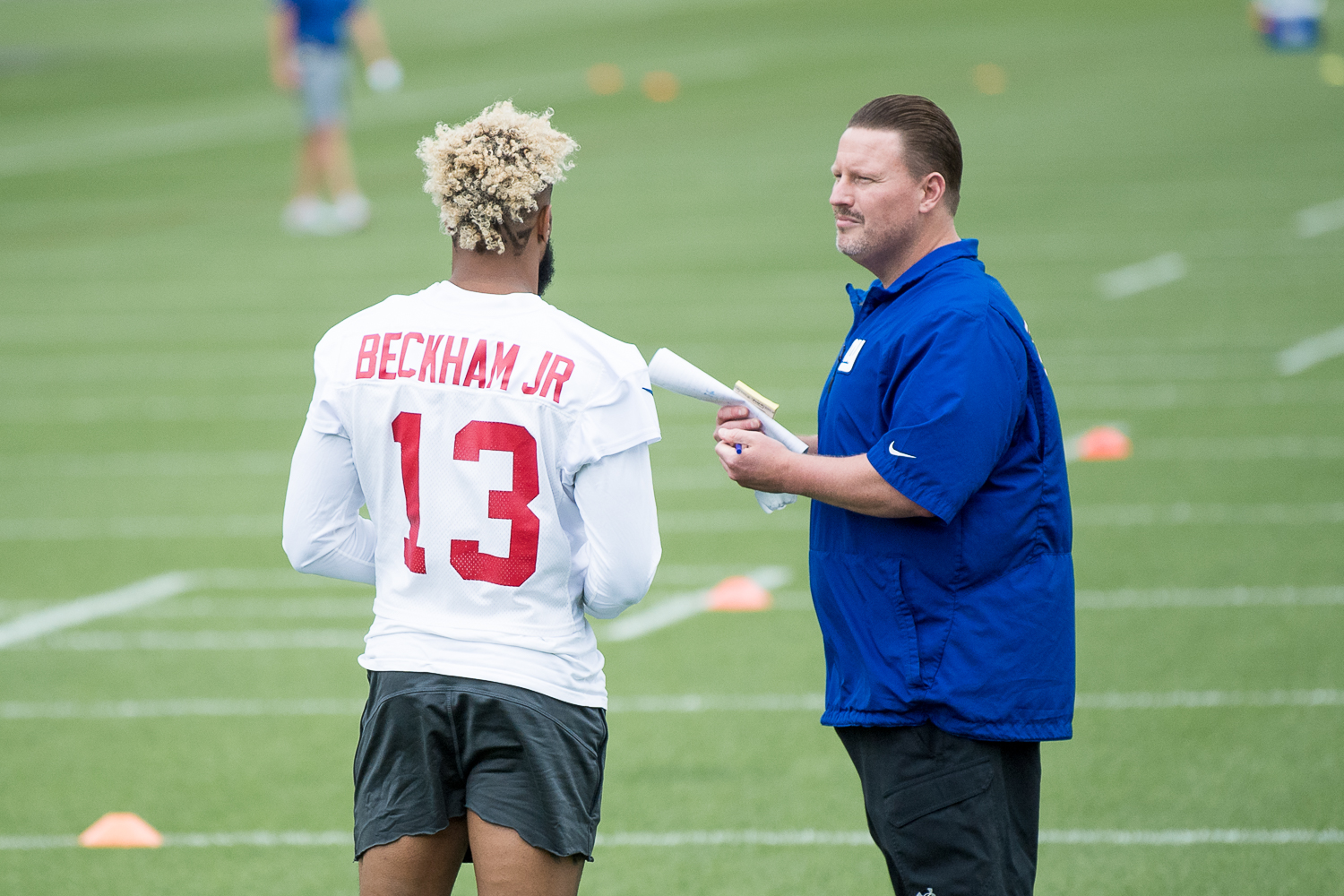 East Rutherford NJ- With day one of the New York Giants in the books, the team seems to have one common goal: Super Bowl.

Today players reported to camp and had their first meetings to discuss the goals and the direction the franchise is headed. Tomorrow the team will be on the practice field with condition drills. Contact practices will be on starting in the next week or so 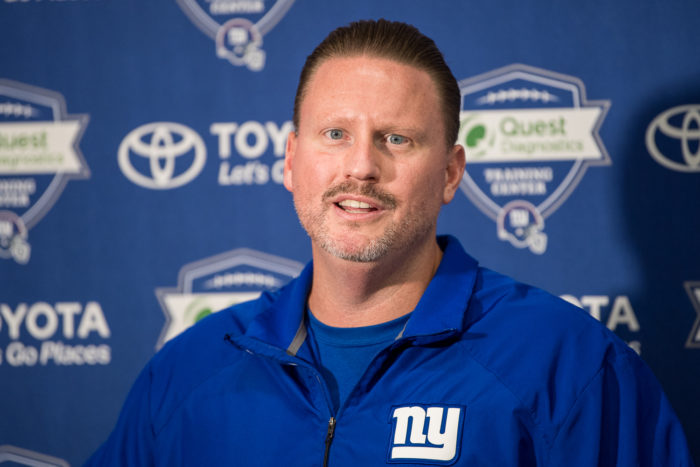 Head Coach Ben McAdoo stated he spoke with his team concerning the offseason program, the upcoming schedule that he feels will be challenging compared to last years, and finished it off by reciting a poem and a story to the players in the locker room.

The news of the poem and story baffled members of the media, as this became a very hot topic in the pressroom. The point of sharing the story of Frasier the Lion was to motivate the veterans to get back into the best shape possible to perform at the highest level.

McAdoo also discussed carrying over the success from last season and build on it for 2017. “Well, it is a new year. That’s part of the reality of it. We have a lot of guys in a lot of different situations and it’s not like riding a bike. You have to prove yourself every day in this business, let alone year-to-year. There are a number of guys in our locker room that are on one-year deals. Whether it’s players or coaches or whatever the case may be. I mean, we’re all on a day-to-day deal. Someone else could be standing up here tomorrow if I go out and do something stupid today. That’s just the nature of the business. So we all have to put our best foot forward and handle ourselves like pros and handle ourselves day to day.” 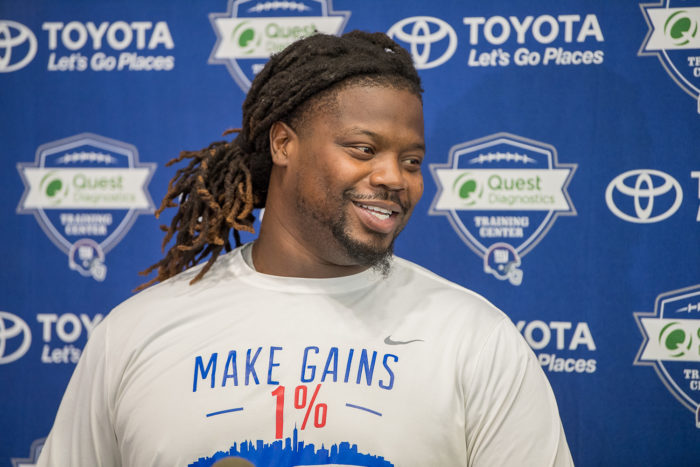 Damon Harrison who is entering his second season with New York stated that the defense still has a lot to improve on even with the success of last season. “Yeah, that as well as the guys that are still here. Nobody is in the locker room talking about, ‘I was an All-Pro, I went to the Pro Bowl.’ or, ‘We got it figured out.’ Guys are still trying to get better genuinely. And you’ll see that this training camp. We still don’t have everything figured out. You know, I still don’t understand JPP (Jason Pierre-Paul) completely. I still don’t understand OV (Olivier Vernon). And I have to learn the new guys next to me, the three technique. I think that will help everybody to stay focused.

On the offensive side of the ball, Guard Justin Pugh notices a different vibe coming into camp due to the success from last season. “I think building off of the success we had last year, first time going to the playoffs for myself personally and a lot of guys on this team. There’s a lot of optimism. There’s a lot of excitement. We’ve added some really good guys to the team, so there’s definitely a lot of excitement. I remember driving over here this morning just like a kid on Christmas. I mean we got a lot of things to look forward to this year.” 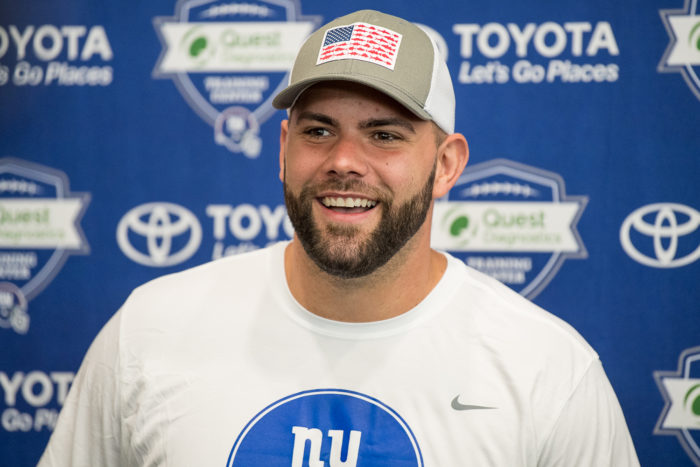 Pugh continued as he discussed the franchises decision to stick with the group of offensive linemen. “ I think it shows that they have confidence in our ability to get better. I know we have to get better. Everyone knows that we have to get better. We have to run the ball better and I think that a bunch of different moves we made throughout this offseason will help us. There’s competition at the offensive line position right now. You know, you bring in a guy – DJ Fluker – who was a twelfth overall draft pick. You’re going to add competition to the room, so that’s exciting. That’s going to make us better because if you’re not putting your best production on the field someone is going to replace you. I think that’s not even a question.”

Soft spoken Sterling Shepard made it clear today that the 2016 season is over and 2017 is a fresh start for Big Blue. “It’s the same in college. You go through college and you have to start off with a clean slate, going into spring practice and everything. It just carries over. I think everyone understands that we have to start with a clean slate and we can’t go off of what we did last camp.”

Camp Continues tomorrow as the team takes the field for conditioning drills.

Other News and Notes:

Weston Richberg was asked about his trip to Texas to visit Jayro Ponce who is suffering from Malignant Rhabdoid tumor which effects the kidneys and sometimes the brain. 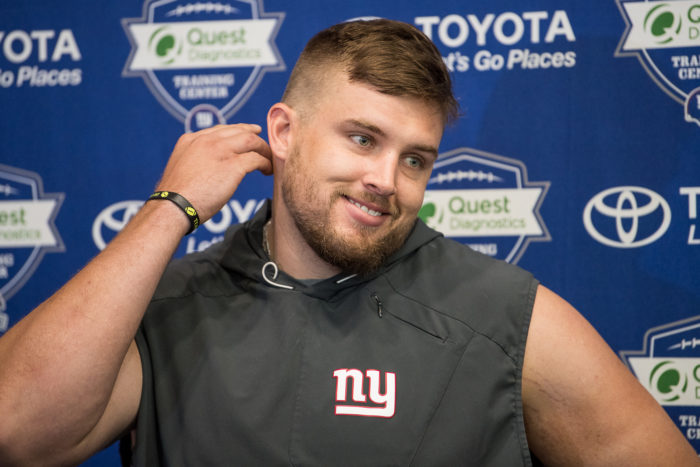 Richberg reflected on his visit down to Texas and detailed visiting Ponce. “His name is Jayro Ponce and he’s from Follett, Texas, which is a small town outside of Amarillo in the Texas panhandle. He’s got a pretty severe cancer and he reached out, he’s a big Giants fan, obviously an Odell fan. We found out about it in April I believe and I went out and visited him and his family. And just the fact that a kid whose gone through more than I’ve ever gone through in my 26 years – he’s not even 10 years old – that just really touches me that somebody wants me to be a part of their of their life. And then I guess last week Odell was made aware of the situation, my dad had a big part in it and Odell went out to see him. There were people all over the Texas panhandle who pitched in to get Odell out there to see him. Just the fact that Odell took time out of his schedule – which I’m sure is busier than any of us can imagine – going see Jayro, it was really cool to see that. It speaks volumes to the kind of person Odell is and the kind of player he is.”