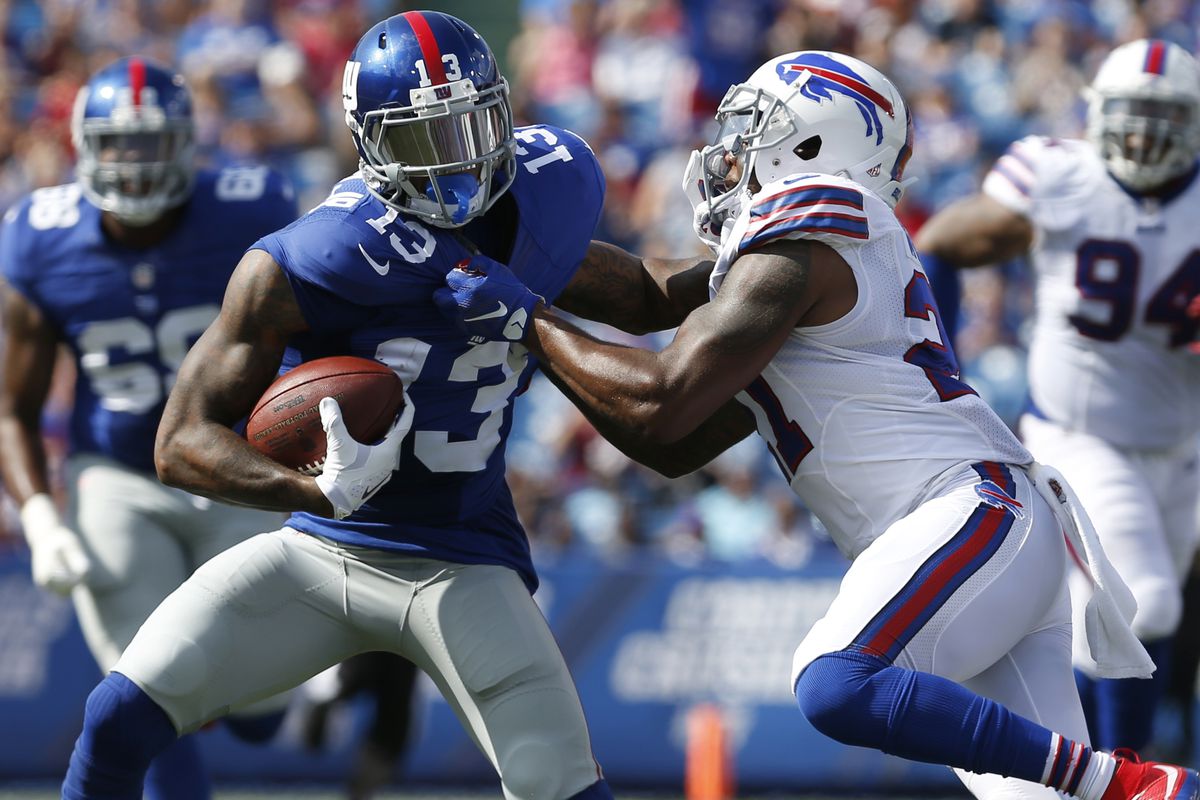 There are very few teams going into the season that have been plagued by injuries like the 2016 Buffalo Bills. Every team loses players during training camp but the Bills have taken it to next level. Starting with the NFL Draft. Their first round pick Defensive End Shaq Lawson was lost in minicamp to a shoulder injury, he’ll likely miss half the season and potentially the entire season. Second round pick, Linebacker, Reggie Ragland suffered a partially torn ACL in training camp forcing him to miss his entire rookie season. Sammy Watkins missed a chunk of training camp while recovering from off-season ankle surgery. Those three players alone represent the positon of biggest need due to their lack of depth.

On offense the team will be led by Quarterback Tyrod Taylor. The Bills locked him up to a team friendly contract that could pay huge money to the 6th year quarterback if he repeats or exceeds last year’s performance. He’s a nice fit for Offensive Coordinator’s Greg Roman’s run heavy scheme, he also has the arm talent to throw the ball with nice accuracy at all levels of the field.

The running game has some playmakers with a diverse mix of talents. The obvious lead back is Lesean McCoy who spent a lot of last season banged up but was as dynamic as ever when he was on the field. He’ll be backed up by the very versatile but aging back Reggie Bush who should add a new dimension to the passing game and special teams. Mike Gillislee was a nice back in spot duty last year with some shifty moves leading to big gains. Rookie Jonathan Williams rounds out a nice group of running backs.

Wide Receiver might be the biggest mystery of the Bills this season. Sammy Watkins is a star bordering on superstar. He quietly had a great stretch of games to end the season last year developing a nice rhythm with Tyrod Taylor. He showed everything he was billed to be coming out of Clemson in 2014 and gave a nice glimpse of just how high his ceiling is. Behind Watkins lies the aforementioned mystery. Robert Woods is a good player that doesn’t excel at anything in particular but does have some playmaking ability. Speedster Marquis Goodwin is still on the roster but hasn’t done much in his short NFL career, a true take the top off the defense guy has found it difficult to stay healthy. Greg Salas and Brandon Tate round out the receiving corps.

Recently paid a big contract to be lured from the Miami Dolphins, Charles Clay isa big, strong, fast pass catching Tight End that shows flashes of what he could be but disappears for long stretches also. Another year in the Roman offensive system, playing the Vernon Davis role along with a full year playing with Taylor should help Clay become a bigger weapon. There’s not a lot behind Clay and this could be a major trouble spot if Clay were to go down for any length of time.

The offensive line has improved quite a bit from years past. Ironman Cordy Glenn will man the Left Tackle spot and should be a potential pro-bowl candidate. Richie Incognito will look to add on to his impressive come back and continue to be a top offensive guard in the league. Long time Bill Eric Wood will continue holding down the Center spot. These three players represent the strength of the Bills Offensive Line and look for them to run that way a lot during the season. The Right Guard position will be filled by second year guy John Miller who was inconsistent but could represent the future at the position. Right Tackle will likely be filled by Jordan Mills this season until Seantrel Henderson gets himself back into football shape. Henderson had two surgeries on his intestines to reduce the effects of Crohn’s Disease but will be serving a four game suspension for substance abuse.

The Strength of the Bills in recent year has been their ability to create a pass rush with their front four. This hasn’t been the case in Rex Ryan’s first year as head coach. Switching from a 4-3 to a 3-4 wasn’t an easy transition. Mario Williams struggled as a standup coverage linebacker, Marcel Darius was forced into pass coverage situations last year. Jerry Hughes was converted to outside linebacker as well. Couple those things with losing Kyle Williams for a lot of last year, along with calls coming in late from the sidelines to Middle Linebacker Preston Brown and you have a nice bit of dysfunction. The good news is locker room problem guy Mario Williams has moved on to Miami, Kyle Williams is healthy and Rex Ryan has brought his brother and longtime defensive coordinator in to help clean up some of their issues.

The defensive line is in ok shape even without suspended Defensive Tackle Marcel Darius, who is serving a 4 game suspension for violating the league’s substance abuse policy. Kyle Williams and rookie Adolphus Washington will play outside in the 3-4 with Corbin Bryant taking over inside until Darius returns. Jerel Worthy will provide some depth.

The linebacking corps will need some help. Manny Lawson was released during final cuts after a rumored domestic violence incident which has yet to be confirmed. Releasing Lawson hurts the Bills on the field as their best coverage linebacker. Jerry Hughes is athletic enough to do an ok job but will be playing out of position as an outside linebacker. The loss of Reggie Ragland meant the addition of Brandon Spikes and David Hawthorne. They are both the walking embodiment of 2-down linebackers that teams will look to pick on in the passing game. Preston Brown is a smart, young middle linebacker that is of the Jerod Mayo mold.

The secondary is the strength of this defense. The corners Stephon Gilmore and Ronald Darby were one of the best tandems in the league and will try to replicate that this year. Gilmore has all pro ability but has been hampered by injuries throughout his young career. Ronald Darby was a revelation for this defense a year ago. Third in Defensive Rookie of the Year Voting last year, Darby should add on to his rookie success and become one of the key guys on this defense. Safety Aaron Williams is coming off of a scary neck injury but will be good to go for week 1 in Baltimore. Corey Graham will start opposite Williams as a solid NFL starter that won’t make mistakes. With good depth behind these guys, the secondary could be the key to this defense winning some games. Dan Carpenter returns as the Bills field goal kicker. He’s been solid at times and has looked atrocious at others. Wouldn’t be a surprise for the Bills to upgrade at some point. Wide Receiver Brandon Tate was brought in to do return duties, which he may end up sharing with Reggie Bush.

Overall the main issues with this roster is injuries and depth to better absorb these injuries. They play a lot of winnable games within their own division. Playing a Tom Brady-less Patriots in Foxborough should help their chances of doing well within the division but tough games like Arizona and Pittsburgh at home and going into Seattle, Cincinnati and Oakland won’t do them a lot of favors. The Bills should go 4-2 within their division and should hope to go 3-2 in the games against winning teams from last year. If they can do that, then the playoff draught should end and Western New York can stop power bombing each other through tables and actually watch winning football for a change this century. Optimistically I put the Bills at 10-6 if everything goes right for them but any more injuries and they could be playing themselves right into the Deshaun Watson sweepstakes.