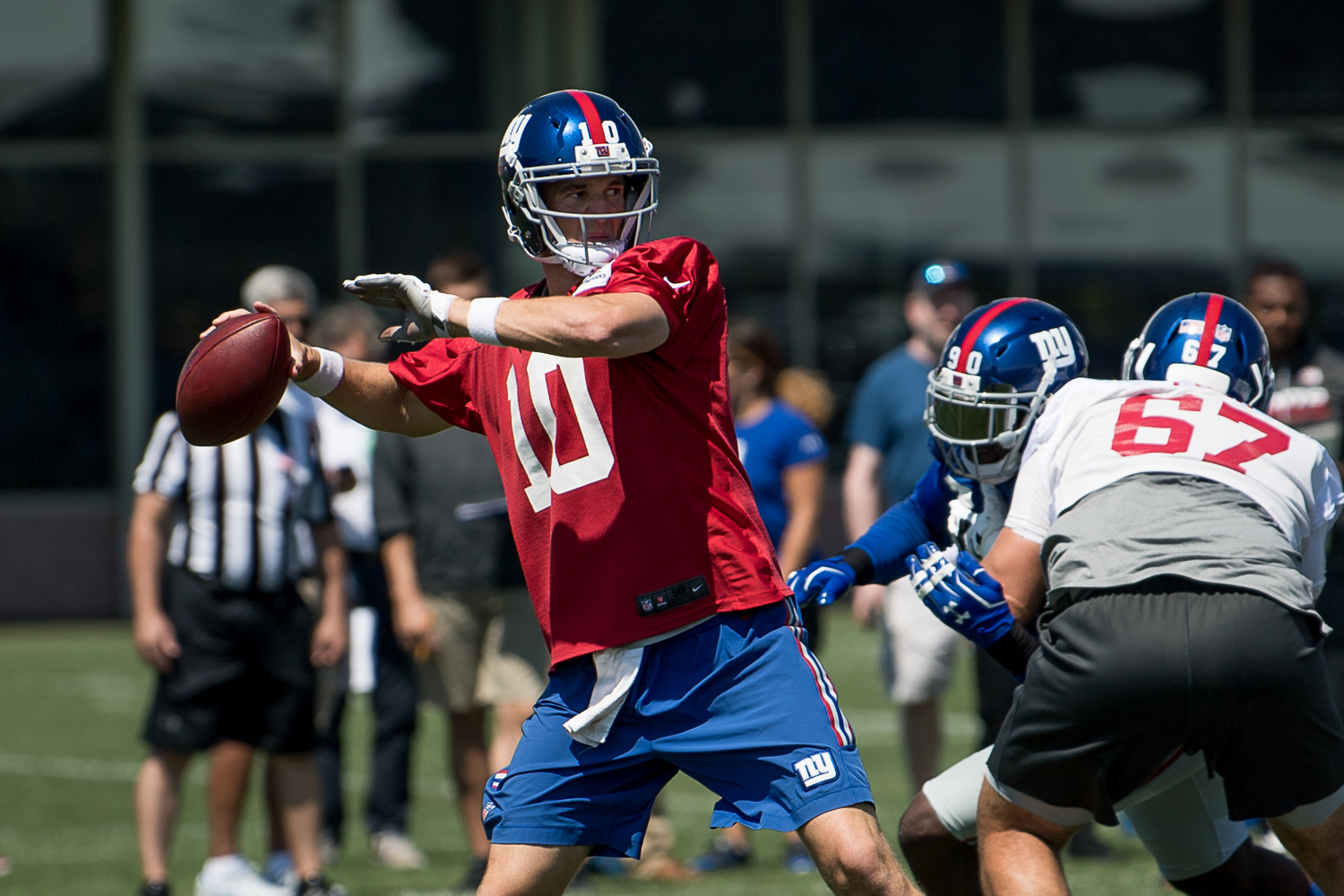 Eli Manning has been in this position before. In the 2013 season the Giants started 0-6 and missed the playoffs finishing with a 7-9 record. This does not worry Manning as the All-Pro QB knows that he has to get himself up and be the letter for the struggling club.  “Yeah. You always want to be a good leader. That’s just by doing your work, saying the right things, make sure guys are working hard, but also not getting down, not just going through the motions, have some excitement. You can still have fun. Still have fun doing your job and it’s still about enjoying the process of getting better, of figuring out how we’re going to work and getting them excited about the plays that are coming up, excited about the opportunities of where they might get the ball or how we’re going to score and how we’re going to win this game. It’s just trying to do your job and make sure everybody sees how you’re handling the circumstance.

When asked about the struggles of the 2013 0-6 start, Manning was very open and honest about the situation. “We have to play the next game. That’s all we can do. There’s not going to be – there’s not a magic trick to get a win. There’s not any outside help. It’s you keep working hard, you keep preparing and you go out there and you make plays on Sunday that will give ourselves a chance to win. So, you just have to keep doing the right things and keep preparing the same way and just play a little bit better.”

Eli was quick to point out the improvement and progress that the offensive line made against Tampa Bay as he felt he had more time to throw the ball this week. ” I thought the offensive line did some good things and we had a lot of plays. No sacks, threw the ball almost 50 times. So, the ball was coming out fast, receivers getting open, had some protection, got to scramble around a few times. So, I thought everybody just knew their assignments, got into a good rhythm, did some good things. So, we have to continue to do that.”

While Eli was happy with the improvement, Wide Receiver Brandon Marshall has still been struggling to fit in with this complex offense.  “We’re not winning, but it’s football, you know what I mean? I came here to win, we’re not winning, but I’ve been through so much more in my life. There’s been times where we’ve used the oven to try to heat up the house. I remember taking showers with my older brother in the eighth grade because we didn’t have hot water and we just wanted to get in as quickly as possible and we pumped each other up to take showers after basketball practice and football practice when it’s 50 degrees outside. Football makes you tough, football helps build your character. You come in a boy and you leave a man. So, being 0-4, it stinks, but there’s worse things in life. And half the guys in this room have been through [what I have]. This is our job, we’re paid to do a job and we’ve got to get it done. We just need to find a win. We find a win, the environment will be so much better.”

Marshall understands the 0-4 start is part of the game. “So, let me do this. I respect you guys and your job, but I moved on to Los Angeles, we’ve moved on to Los Angeles. So, it sucks to be in this position. It’s not the best position, but I’ve got to play football. So, I don’t want to spend all my time thinking about what we did in Week One, Week Two, Week Three, Week Four. If we do that, then we’re not going to get out of this hole that we dug. So, I’m moving on. So I respectfully decline any questions about our culture, any questions about our losing streak. My play – my play hasn’t been where I want it to be. I need to pick it up. But, I’m not going to waste too much time talking about a losing environment. I came here to win, so hopefully that answers any questions you guys may have had outside of football.”

We will have coverage of the Giants -Charges Wednesday night!