Big Blue Report: Getting That Swag Back! 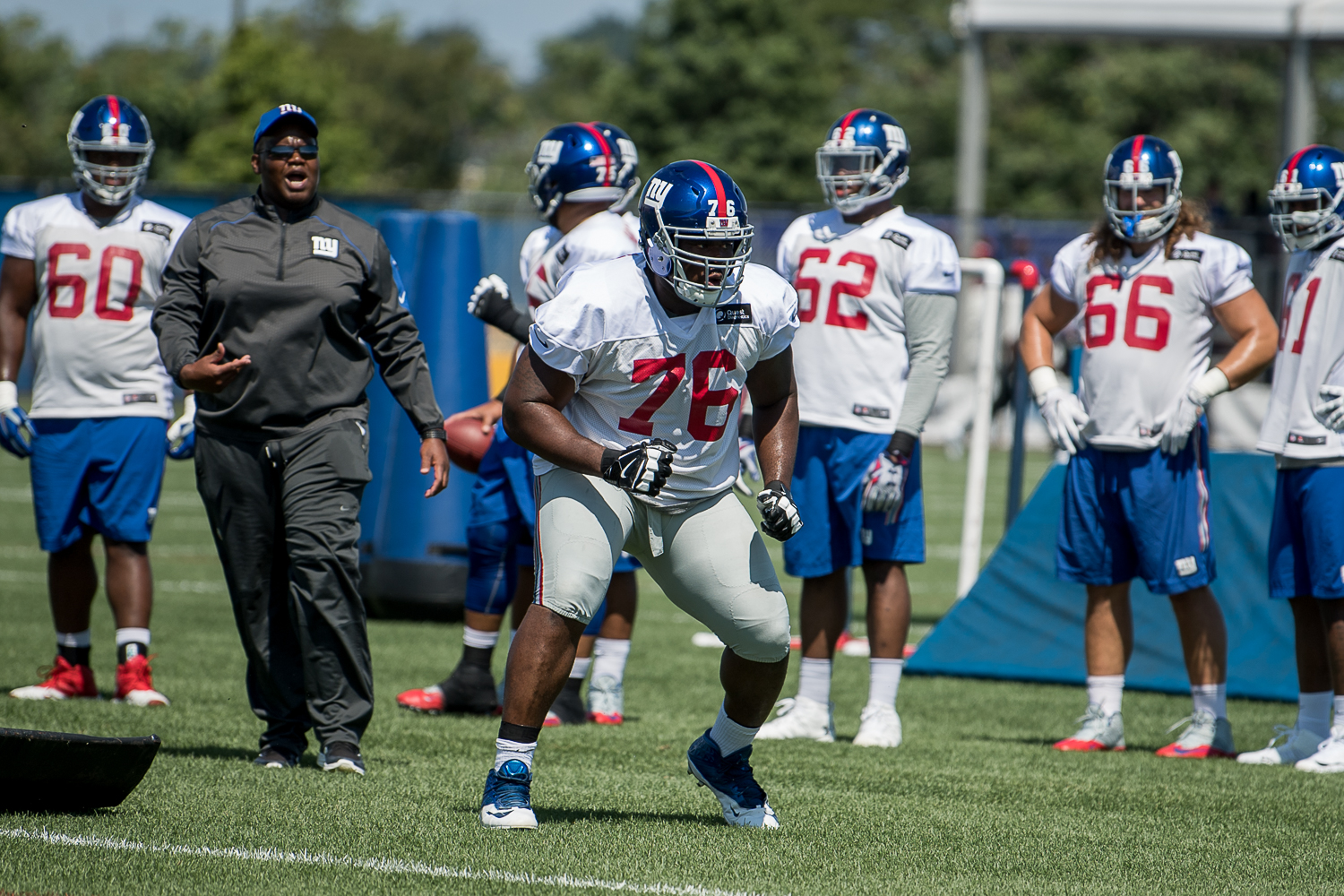 There was a different feel around the Giants today. It seemed like the players and coaches all feel that even though there were two straight last second losses, the team has turned the page and ready to push forward.

From a defensive standpoint, Jonathan Casillas reminded the media that  the team started slow last year as well.  ” Yeah. To a certain extent. I feel like last year, early in the season, we weren’t that good defensively and we got better. So, I think we’re there now. We just don’t have any wins to stand up for that. Last year, I feel like we were kind of back and forth. We had some signs of being really good, but we weren’t really good yet. We had to get better throughout the season and I think that’s still in front of us. 0-4 just doesn’t look that good. We were 2-2 last year at this point. We lost two straight and we ended up losing three straight. So, hopefully we can correct it. I have the upmost confidence that we will and it’s a play here, play there, field goal here, field goal, missed field goal. We would be 2-2. But, you could say the same thing last year. I don’t talk about ‘what if’s’. I probably just did for the last two minutes. But, I mean, I think we have a great locker room. Offense has started to figure it out and now defense, we have to start figuring it out.”

As the defensive captain he stated the importance of keeping everyone and up beat and focused. “It’s huge. 0-4, nobody wants to sit there without a win and if you go back, we haven’t had a win. We lost the last five games. We have to include that Green Bay game. Maybe it’s some carryover from there. Nobody has talked about that yet. I mean, maybe. We did get beat pretty good at the end of the season last year. Hopefully, it’s not beating us one, two, three, four, five times now. Hopefully it’s not. We have to correct it. I think the way we’re approaching practice today, we had a great practice, and I don’t know about the dumbing down of the calls because I still feel like we had some calls out there. But, we have to be able to handle it. Last year, the playbook was wide open and we had the guys to do it and besides a couple guys, we got everybody back. So, we have to be able to handle it. We have to be able to go out there and stop people, get up the field and not let people catch balls behind us and not leave people running on the field wide open. Can’t do stuff like that.”

Odell Beckham Jr. is never at a loss for words and he expressed that it is all about focus and making sure the team competes at a high level and does not want to see himself or his team give up. ” I don’t know. That’s a good question. It’s definitely a collective thing. It’s all of us. Offense, defense, special teams, everybody’s got to step it up. It was like we lost two games and everybody panicked and it made it seem like we’re at a horrible spot. We lost two, blah, blah, blah. Come back the third game, put our best foot forward, come up short. Do it again the next week. Come up short. What do you do from there? I don’t see myself tanking. I don’t see myself giving in and honestly I feel like this was the breaking point for us. This is going to be the turnaround. This is going to be where things start to go our way. We start to make plays. We do all that. I’m fully confident in us doing what we have to do to get to where we need to be at. So, there’s no real walking around here with your head down. There’s none of that. Definitely not myself and I tell each and every one of my teammates, head up like a nose bleed. Keep it moving, stick together. Got 12 more games. What do you want to do in them? It’s up to us.”

Meanwhile because of injuries the Offensive line seems to be shifting around a lot. The Media caught up to Justin Pugh today to discuss his role and being able to move around on the line.”I find it fun. It’s like a new challenge. A lot of times going in and getting some center reps this week, too, it was like alright something totally different, something totally new. So, it’s kind of interesting. It kind of keeps me on my toes. It helps me be a better guard eventually when I go back to my natural position because I know the struggle as a tackle and I know how to better communicate with Ereck (Flowers) and work with Ereck because I know the stresses in the protections and where he needs help. So, it’s something that I think is going to make me a better player overall and then hopefully I’ll be able to show it.”

Coach Mcadoo made it clear that is time to simplify the game to clear up some of the errors. Just with the calls and the communication. “It starts with the coaches. Just going back and detailing the fundamentals. You don’t want to go back into a training camp mode, but you want to get pretty close. Just make it simple. Let players run, hit, tackle, block, catch, do what they do best.”

Meanwhile for the Chargers perceptive QB Phillip Rivers still looks at the Giants as a very dangerous team even with the 0-4 start. “Well, shoot, I see a good team. Not that I should speak for them, but I see a team much like ours, just in general, just because they’ve lost two close games and the Lions game was closer than the score, kind of like our Chiefs game was one possession forever. I know [the Lions] had a punt return also in that game. So, you’re not looking at your typical 0-4 team, just like we don’t think we’re a typical 0-4 team, but we are what we are. But speaking of the defense, shoot, they’ve given up some plays, but it’s a dang good group. They’ve dealt with some injures too and had some guys shuffling in and out of the lineup. But, we know they have a heck of a D-coordinator and they show you a lot of multiple looks and there’s a lot of Pro Bowlers on that defense. So, we know it’s going to be a heck of a challenge.”