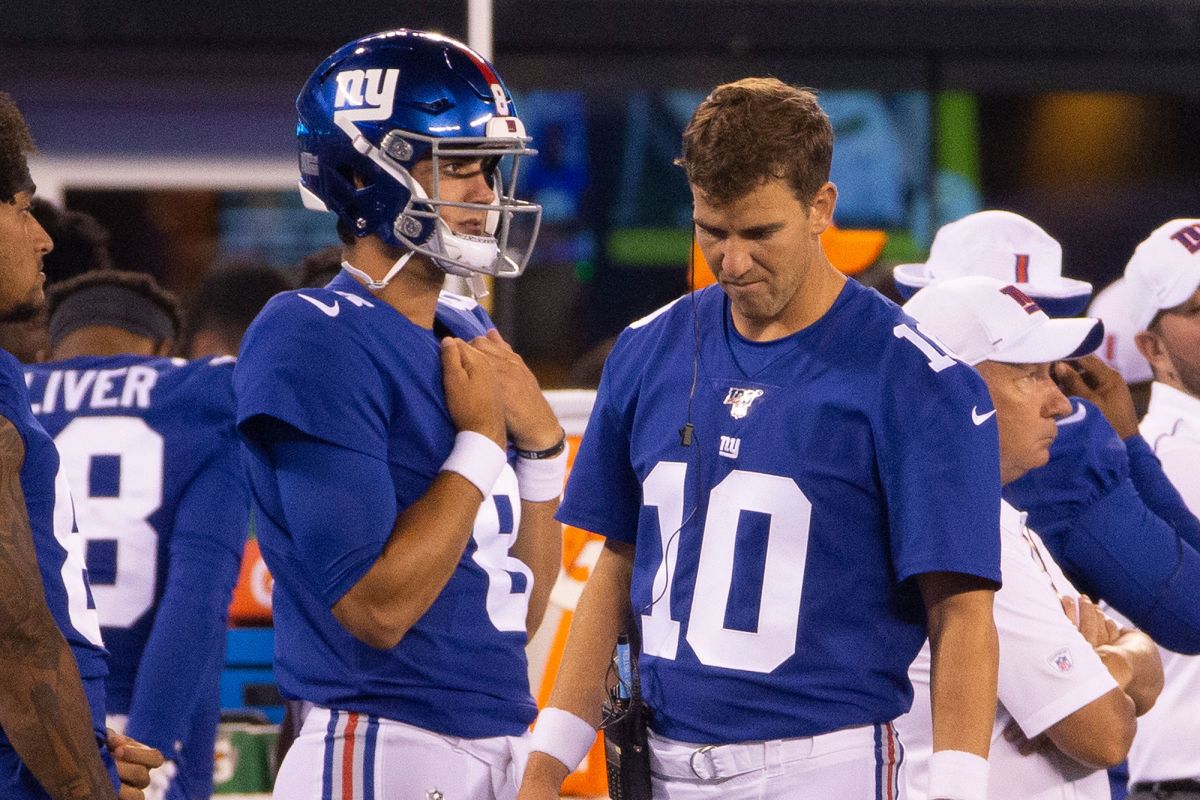 The New York Giants travel to Tampa Bay this Sunday to play the Buccaneers in Raymond Jones Stadium with kickoff at 4:05pm EST. This will be the 22nd meeting since 1977.

The Bucs are coming off a 20-14 win over the Carolina Panthers on Thursday Night Football. The Giants coming off a 28-14 loss to the Buffalo Bills this past Sunday.

This will mark the first pro start of rookie Daniel Jones, the 6th pick of the 2019 Draft. Jones steps in for 16 year All Pro Quarterback Eli Manning who will be missing only his second game of his long career.

“I feel like I’m ready to embrace it” said Jones while meeting with the media on Wednesday. “I think focusing on what we’re doing here, focusing on what we’re doing in the building and our preparation with my teammates, with my coaches. Narrowing that focus to being here in the moment in this week, I think, is important with that. I feel like I can embrace that, and I am looking forward to the opportunity.”

Jones was outstanding in the preseason. In four games, he completed 29 of 34 passes (85.3%) for 416 yards, two touchdowns, no interceptions and a glittering 137.2 rating.

Sterling Shepard will be returning from the concussion protocol after missing last weeks game. Shepard suffered the concussion during the week one loss to Dallas and fully recovered from his hand injury during training camp.

“Anytime you get your frontline players back, it helps” Said Head Coach Pat Shurmur. “Certainly, it’s not an excuse when they’re not there. Everybody on our roster is supposed to go in and make plays. But having Shep will be a good boost for us”

Shepard like many of the Giants will be playing with Daniel Jones for the very first time. During his media session on Friday, Shepard was asked the difference between Jones and Manning on the field.

“It’s a different style of play (between) he and Eli,” Shepard said. “He has the ability to use his feet a lot more and you’ve got a lot of RPOs going on”

Shepard has a lot respect for Manning though the team badly need a victory. “It’s nothing against Eli, he played great,” Shepard said. “Honestly, I feel like we could have played better for him. But I wouldn’t call it that either. I don’t think that’s the situation.”

“I feel like we can go down there and get a win with Daniel as quarterback. That’s the move that we made, and that’s what it is.”

*Only two players appear on the Giants’ final injury report of the week, both wide receivers. Cody Latimer has been declared out of the game at Tampa Bay because he is in the NFL concussion protocol and Bennie Fowler is questionable with a hamstring injury.

Buccaneers standout rookie linebacker Devin White, chosen one pick ahead of Jones in the draft, will not play because of a knee injury he suffered last week at Carolina.