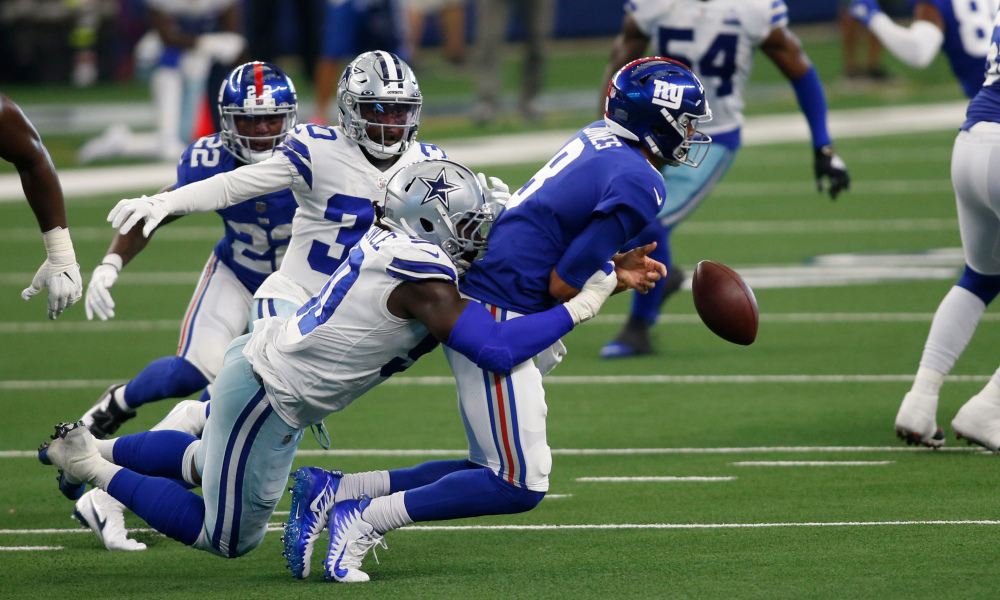 The mood in AT&T Stadium was somber for many. The New York Giants fell to 0-5 after a 37-34 loss to the Dallas Cowboys, and as per Dallas they were somber because of the loss of their star quarterback Dak Prescot.

“The worst thing that happened today was the Dak (Prescott) injury” said Logan Ryan. “I mean, it’s bigger than football.” Ryan was the Giant who landed on Prescot’s ankle during the third quarter.

The Cowboys improved to 2-3 with the win after trailing 17-3 at one point during the first half. The game was decided when Dallas kicker Greg Zuerlein kicked a 37-yard field goal as time expired to give the Cowboys a three-point victory.

The Giants lost their seventh consecutive game to the Cowboys, who they will play again on Jan. 3, in MetLife Stadium. It was the Giants’ fourth straight loss in AT&T Stadium.

Daniel Jones completed 22 of 30 passes for 222 yards but did not throw a touchdown pass for the fourth consecutive game. Jones did not throw an interception but lost a fumble in the second quarter that was returned for a touchdown.

“I don’t think anyone on this team is discouraged” Jones stated during his post game media session. “We’re not going to allow ourselves to be discouraged and let this start affect the rest of this season. We have a lot of football ahead of us, and I think everyone on this team feels like we’ve been in the position to win games, we’ve improved as a team, and we’re capable of winning each of these games. So in terms of our confidence as a team, and what we believe we’re capable of doing, I think that’s going to be the important thing in us finishing strong, and winning these games down the stretch.”

Devonta Freeman led the Giants with 60 rushing yards on 17 carries, including a four-yard touchdown in the fourth quarter that gave the Giants a 34-31 lead.

Though the Giants fell in defeat and are now at 0-5, Joe Judge was asked if he had seen progress in his young team.

“Well, that’s all that really matters, to be honest with you, the progress that we’re making right now” said Judge. “The record will come in time. Obviously, we’re not happy about losses, that’s not what we do here, but I’ve seen a lot of progress on all fronts and all units. We have to keep making consistent progress to keep being a better team as the year goes.”