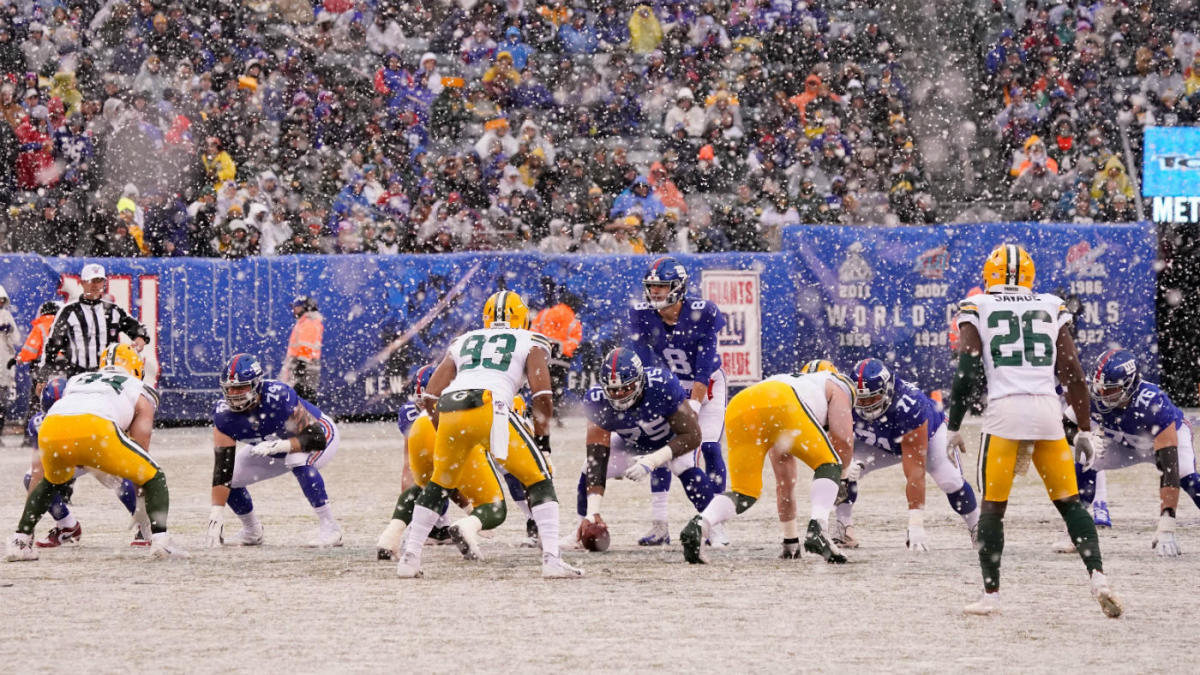 The talk in the media room during the Giants 31-13 loss to the Packers was improvement or lack of during this terrible 2-10 season. Is it loosing or is it learning?

That was the question that was asked multiple times during stretches at the game on Sunday including during post game media session. Let’s take the weather out of the equation as both teams had to perform in the same conditions.

The Giants lost their eighth consecutive game, their longest losing streak since they dropped eight games in a row in 2004, and fell to 2-10.

When does the learning and we are too young excuses expire on management and the fan base. In sports we some times forget who we are catering the product to. The Giants are trying to find their footing, and we understand the idea of bottoming out to rebuild, but this was another tough game to watch.

The players and coaches were asked about seeing the progress and growth again in the post game media session.

“I’m always concerned when we don’t win” Said Giants Head Coach Pat Shurmur. “This is another feeling question. I’ll feel better when we win games. If you’re wondering how I feel, I’ll feel a lot better when we win games. I do see, you get an opportunity to watch us probably 20 minutes a day and you report on it. This is a historically young team that’s going out there and competing against some really good football teams. We’ve got to do what we have to do to win games and I understand that. They also are developing. At some point, we’ll be good enough to win.”

Shurmur now falls 7-21 as Giants Head Coach and knows that he does get judged by wins and losses not by helping players grow into a system.

“People will change what they think of us and me when we win games” Shurmur said. “I’m a realist when it comes to that and I get it. And you know what, when you don’t win, I expect what is written and said and what people think. I expect fans to be upset because we are, too. But we go about trying to fix it”

Part of the growth process is of Daniel Jones and his progress during his rookie season. Jones completed 20 of 37 passes for 240 yards, one touchdown and three interceptions. He has turned the ball over 21 times this season.

“I feel like I’m making progress” Said Jones after the loss. “Obviously, there’s still a lot to work on, and I understand that. But I feel like I’m improving. The challenge is to continue to do that, but do it faster and play more consistently. ”

But will that work come of the cost of Pat Shurmur’s Job?

“I think the offensive line did a great job of establishing the line of scrimmage” Said Barkley. “We just got behind in points and when you get behind in points, you try not to go away from the run game but that naturally happens. We have to find a way to start earlier and get ahead so we can get the run game going. I know if that was the case we could have had a game in our hands.”

-Sterling Shepard’s touchdown was his second of the season and first since the victory in Tampa Bay on Sept. 22. He finished with three catches for 40 yards.

Shep was frustrated like all members of the team were after the game.

-Green Bay quarterback Aaron Rodgers threw four touchdown passes – two to Davante Adams and one apiece to Marcedes Lewis and Allen Lazard (three catches for 103 yards). Rodgers is the second quarterback to throw four passes against the Giants this season. Dak Prescott did it on opening day in Dallas.

“I don’t think we ran the ball especially well today” Rodgers said after the game. “They have a pretty stout front, especially the two interiors who are big, wide bodies that take up space and are good players. But we have to keep working on the timing and continue to be effective on time. Although the elements change the whole process sometimes and allow for more off-schedule plays, we can’t expect to have that many as we did today.”

We will have more during the day today!!

New York Giants Are Thankful For Their Players During Thanksgiving Time
Aaron Rodgers and Green Bay Packers bounce back against the New York Giants…what to make of it?