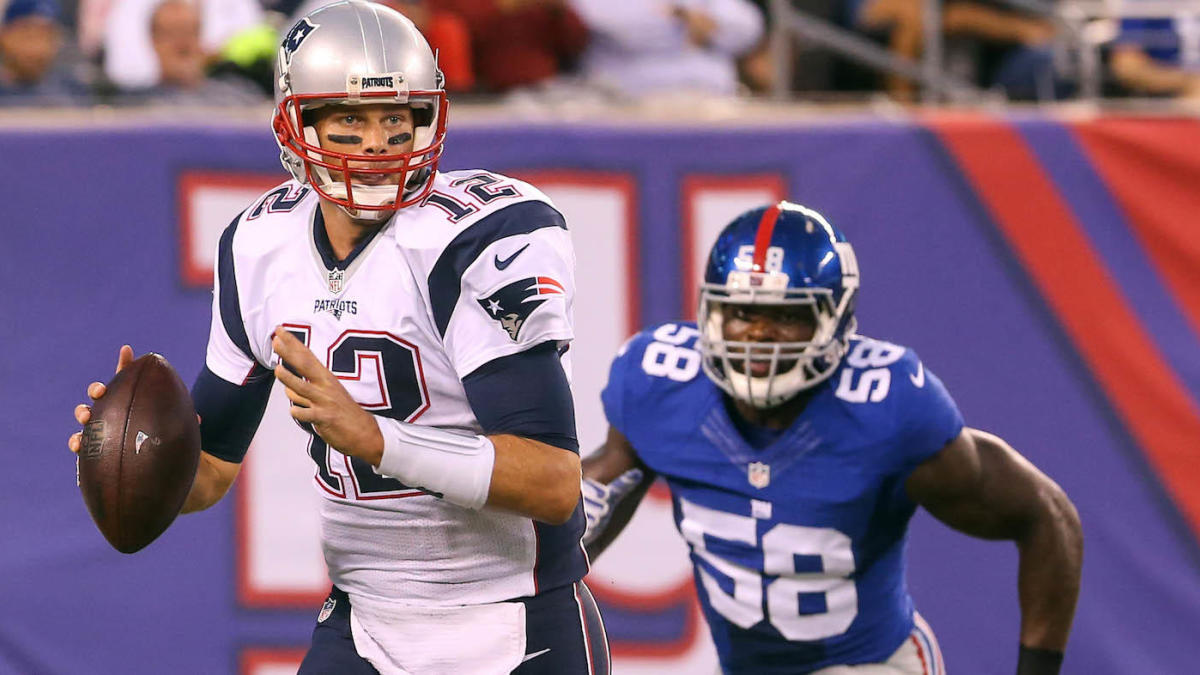 The New York Giants put a great effort out against the New England Patriots, but Big Blue was over powered by defending champs falling to 2-4 after their 35-14 loss.

In a loosing effort, there were many positives to take away from the defeat but Head Coach Pat Shurmur does not believe in moral victories. Shurmur was asked post game about being short handed and staying close.

“No, no I don’t,” Shurmur said. “I don’t. This is the second week you’ve asked me these questions. I don’t. We didn’t win. We didn’t make enough plays. That’s what this is about.

“We battled, we didn’t win, though. So, we’ve got to make more plays so we can win. But I was proud of the way we battled. I’ve never been disappointed with how hard our guys fight, but we got to find a way to make more plays than the other team and win the game.”

What were the positives you ask? How about holding the defending champions to only seven points in the first quarter while young players are gaining confidence and experience on a top tier opponents.

The Giants offense was very shorthanded on offense. Their top two backs were as Saquon Barkley missed his third game with a sprained ankle and Wayne Gallman his first with a concussion. Tight end Evan Engram has a knee injury while wideout Sterling Shepard is in the concussion protocol for the second time this season.

Without them, the Giants totaled 213 yards, including 52 on the ground, 10 first downs and 20:24 in time of possession. They converted only two of 10 third-down opportunities and committed four turnovers, including three interceptions on passes thrown by Daniel Jones.

Rookie free agent Jon Hilliman rushed for 38 yards, fumbled away one of the two passes he caught, and that ball was returned for a touchdown.

Golden Tate caught six passes for 102 yards, including a 64-yard touchdown. But that was the only one of the Giants’ 48 plays (the Patriots ran 78) that covered more than 18 yards. Only six gained more than nine yards.

“We’re definitely excited to get those guys back,” Golden Tate said. “We need all of the firepower we can get, especially going down the stretch. But ultimately, we just have to play sound football, I think. I haven’t seen the film yet, but I look back at that game, we just screwed up more times than they did. It’s as simple as that. We were right in that game for most of it. We had a chance to upset them on their home turf, but there were times where we couldn’t get out of our way.”

The Patriots were led by Tom Brady who was 31-41 with no touchdown passes and one interception. Brady ran for two touchdowns as well in the second half.

The Giants ended up with a blocked punt by the Patriots as Dixon Riley. was jammed which was picked up by Rookie Chase Winovich and returned it six yards for a touchdown after the punt hit the back of blocker Nate Stupar’s helmet. That gave the Patriots a seven point lead and never really looked back.