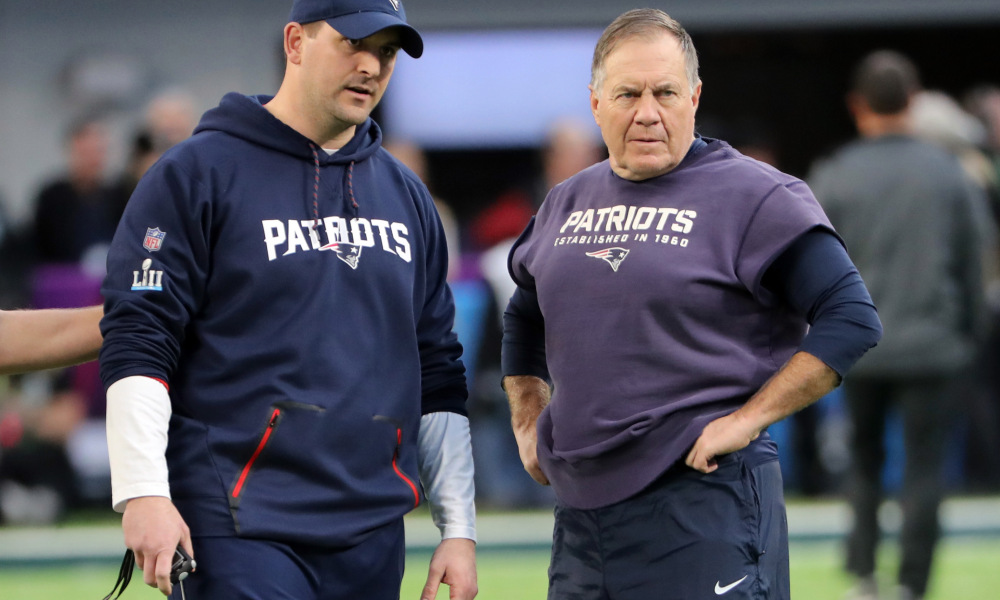 On Thursday Afternoon the New York Giants will announce Joe Judge as their new Head Coach after much debate and speculation. Was this their first choice?

After Mike McCarthy signed with the Dallas Cowboys earlier in the week and Matt Ruhle never made it to East Rutherford for an interview, the Giants have their man who became highly recommended by some of footballs.

Judge, 38, was a member of the New England Patriots’ coaching staff the previous eight seasons. In 2019, Judge was both the Patriots’ special teams coordinator and wide receivers coach. st minds.

“I am humbled and honored,” Judge said. “I want to thank John Mara, Steve Tisch, Dave Gettleman and Kevin Abrams for this opportunity. Over the past couple of days we had great conversations about where this team is and where it is headed and how we are going to get there. My job is to lead our players and coaches. The mission is clear, to win games. There is a process to reaching that objective, and we will implement that process and work that process starting today.”

This is Judge’s first head coaching job. He takes over for Pat Shurmur, who was dismissed on Dec. 30 after two seasons with the Giants.

We will never know if he was the Giants first, second or third choice but he is here now and the the Giants brass who have been under scrutiny over the last few months have their man.

The Giants who have won a total of 12 games in three years need to find the guy who will take them all the way with a new culture. Judge sold management during his interview on developing a winning culture for the franchise.

“This was the deepest group of quality candidates I can recall, and Joe is as impressive a candidate as I have interviewed,” Mara said. “We met with Joe on Monday. We did have some other candidates lined up to speak with, but Joe had established the threshold at that point. He knows what winning looks like and should look like. His exposure and experience in New England and Alabama have helped shape his philosophy of building a winning program and culture. We are thankful that he has accepted the responsibility to lead our team.”

The Giants went out and received quotes about Judge’s performance and the praise is the only word that comes to mind with Joe Judge.

“Joe has done an outstanding job.” said Patriots Head Coach Bill Belichick “He’s an excellent coach. He understands the game well, works extremely hard and is a very good teacher of fundamentals. Joe picks up concepts and coaching points quickly.  He is an exceptional leader and one of the best coaches I have been around. He has been responsible for coaching units comprised of nearly every player on the roster. That requires an ability to handle many moving parts, make constant adjustments and immediate decisions.  I appreciate Joe’s many contributions to our staff and team and wish him well.”

Today Judge meets with the media today to introduce his plan to the Giants faithful and their mouth pieces. The first impression is always the hardest and now he has the keys to the castle.

Now lets see how he runs one of the most important franchises in the NFL as the brass will not take another loosing season. Lets see how court goes, if the team looses again.. he will be held in contempt.