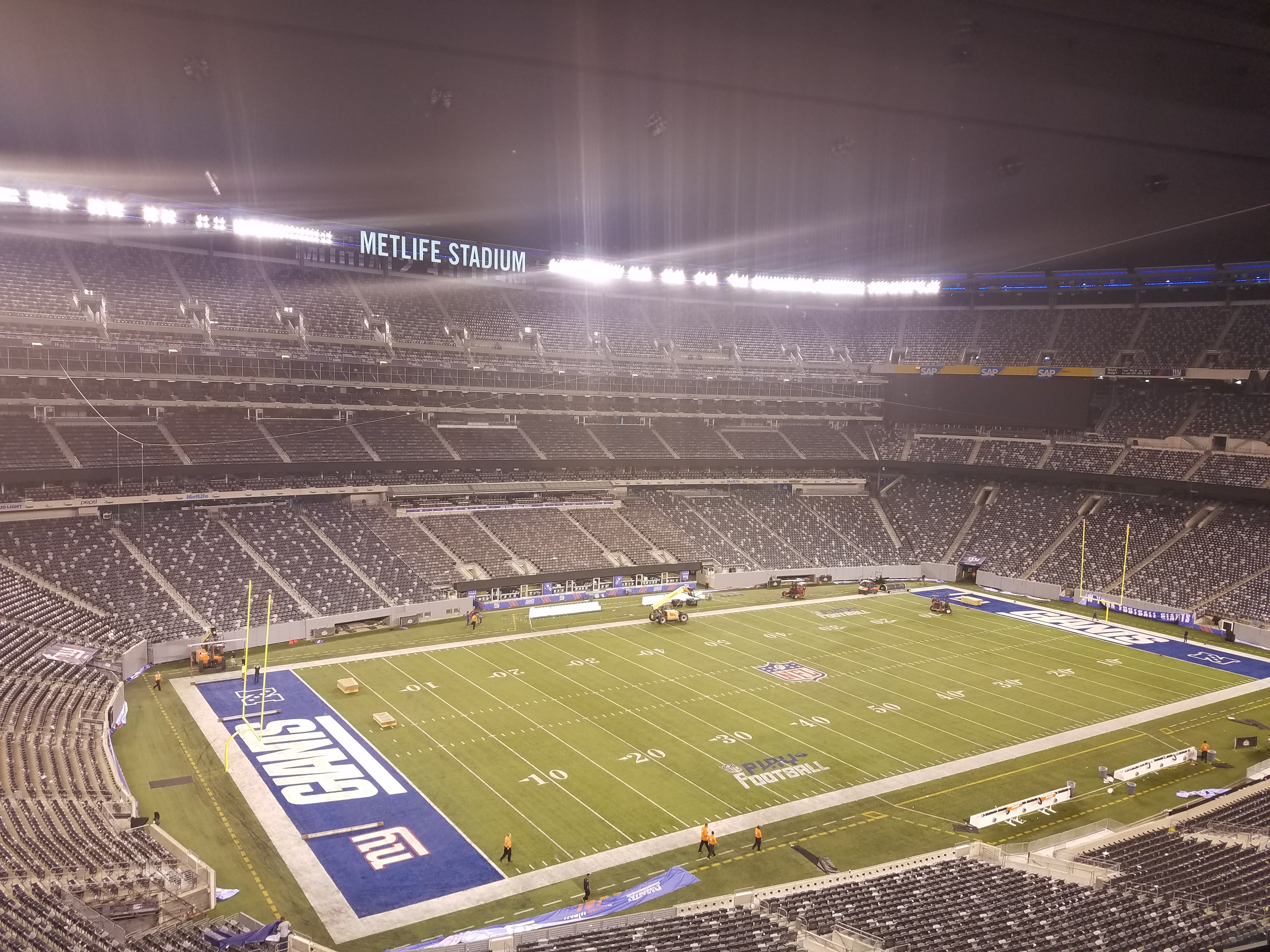 The New York Giants continued to prepare for the 2019 campaign with their second and final home game of the preseason as they defeated the Chicago Bears on 32-13. All eyes would yet again be on rookie QB Daniel Jones to see if he could follow up on his Perfect 5-5 drive from a week ago.

The Bears announced early in the day that their starters on both sides of the ball were going to be inactive for the match up in the Meadowlands. Earlier in the week the team had a first team scrimmage and Head Coach Matt Nagy decided not to take any injury risks.

Eli Manning started the game at quarterback for the the Giants and led the first string offense down the field in a 10 play 79 yard drive in a six minute which culminated in a Bennie Fowler eight yard touchdown catch from Eli.

Manning who struggled in his previous series against the Jets last week, looked very sharp but kept the situation in perspective knowing that this was the Bears second unit was on the field.

” We started off on the first play with a good play action, and I hit Cody (Latimer) over the middle for a good gain” Manning explained. “Then we had several good runs. We ran the ball really well right there. We didn’t have many third downs until the very end. We were at the (eight-yard) line and they came with a little pressure. I was able to hit Bennie (Fowler) on a little inside route, he makes a guy miss and scores a touchdown. It was efficient. We mixed it up. We had some play action, we had some drop back, we had some bootlegs. A lot of guys were getting catches and running the football well.”

After Manning’s one series, “Danny Dimes” took the field to prove last week was not a fluke. After a series with the starting OL, Jones struggled with the second string line which caused Jones to fumble twice while finishing 11-14 161 yards and a 15 yard touchdown pass to TJ Jones.

“I think that’s a big part of football for everyone, particularly quarterbacks” Jones said during postgame. “I think there are going to be things that don’t go great, and obviously you never want that, you try to guard against them.”

“I definitely things I need to learn from, but when they happen you’ve got to find a way to make it work. So, I’m glad we were able to do that. We got big plays there on the two-minute drive by a lot of people, so it was fun to put that together.”

The scoring drive to Jones was a five play, 65 yard drive which took 1:45 off the clock. Jones was out of the game by the third quarter when Alex Tanny stepped in.

Giants won the game 32-19 as their season preseason continues to play the Bengals this Thursday. New York opens the season against the Cowboys on September 8th in Dallas.