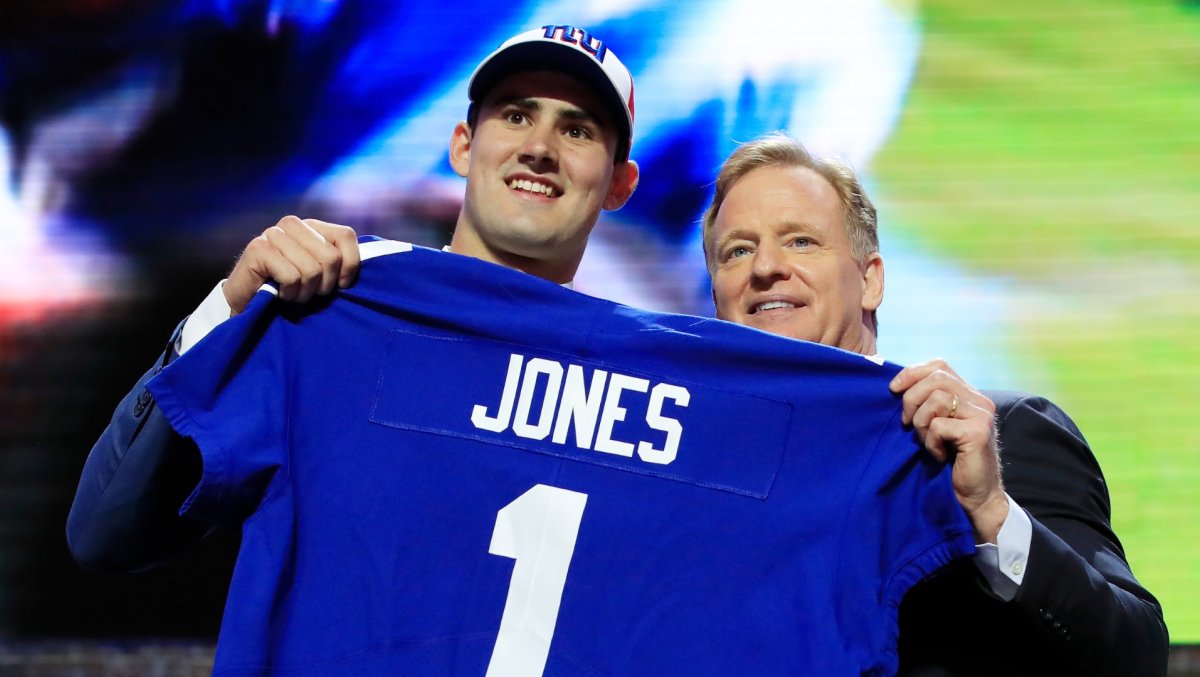 Well it wasn’t the pick that everyone wanted but the Giants selected Quarterback Daniel Jones of Duke University with the 6th pick to be the air apparent to Eli Manning after this season. The media and fan base are all shocked by the decision as Jones could have been had with the 17th pick which ended up being Dexter Lawrence from Clemson.

Jones declared for the draft and skipped his senior year and was a stunned that the Giants selected him at the 6th pick.

Jones understands that he will most likely be sitting during the 2019 season behind Eli Manning. “I think it’s a tremendous opportunity to learn for a young quarterback. He is a guy that’s had a whole lot of success in the NFL and there is a reason for that. I’m looking to understand that and do my best to learn as much as I can from him while he’s in New York. ”

Manning and Jones have worked together before as the rookie was involved with Manning’s Passing Academy.  “He’s been up at Duke a couple times to throw with his guys and workout so I have gotten to see him then. I have been down to the Manning (Passing Academy) camp a couple times, so I got to know him through those two things.”

Media members asked Jones about the adversity he has felt in his college career.  “If you look back at my recruitment, I came to Duke as a walk-on, a guy who wasn’t recruited very heavily and I think that was part of it” he said. “Not being immediately obvious that I would play college football somewhere or at the level I thought I could, but it worked out and Coach Cut gave me the opportunity to walk-on and I eventually earned a scholarship, but I had to overcome it and I’m glad it went the way it went and I wouldn’t do it any other way.”

He will have his opportunities starting in the 2020 season after Manning’s contract expires.