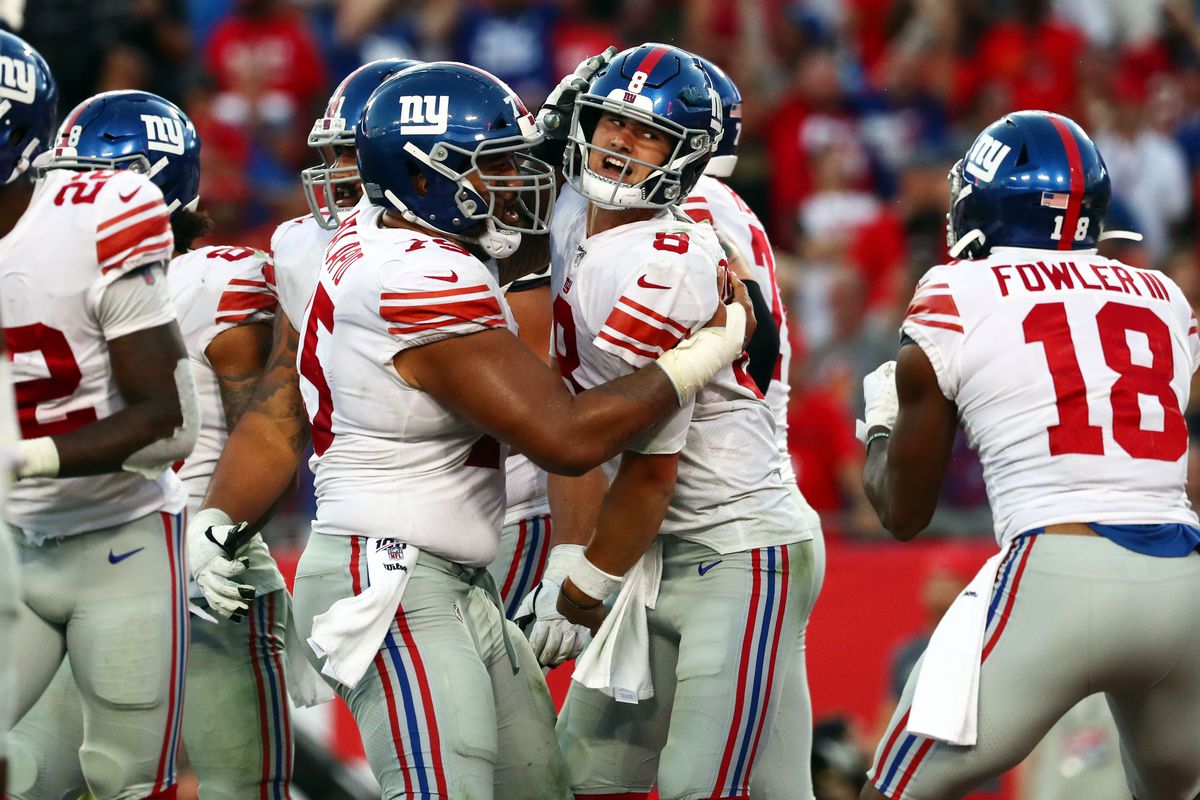 The Giants return home to play their division rival the Washington Redskins starting at 1pm EST. This game marks the 173rd meeting between the two teams and a win for New York would improve the teams overall record to 101-68-4,

The Giants-Redskins rivalry is the oldest in the NFC East with the first game having been played in 1932.

-This will be the first time since the 2004 season another quarterback besides Eli Manning started for the Giants against the Redskins.

-Zak DeOssie has the most games on the active roster against Washington as Sunday will be his 25th against the Redskins.

Pat Shurmur said he reached out to Former Giants Head Coach Tom Coughlin about the QB change out of respect since it was a big move because Coach and Eli Manning are forever linked.

Shurmur Wanted to give him heads up out of respect to Coughlin. The former Head Coach told him: “He is my guy and guess what, he’ll always be my guy!”

Shurmur was being honored at the ⁦the Jay Fund Gala⁩ this past Friday.

After a tough game against Tampa, Janoris Jenkins was asked Friday if his tough game could be a learning example for a guy like rookie DeAndre Baker.

“Yeah, most definitely. He is going to see Sunday on how I am going to bounce back and hopefully he learns from it. It’s a teaching experience for him, going through me. Like I said, we are just ready.”

The Return Of Erick Flowers:

An old friend returns to Metlife Stadium on Sunday as for Giant Erick Flowers has his first game against his former team. Coach Shurmur was asked about Flowers during his Friday news conference.