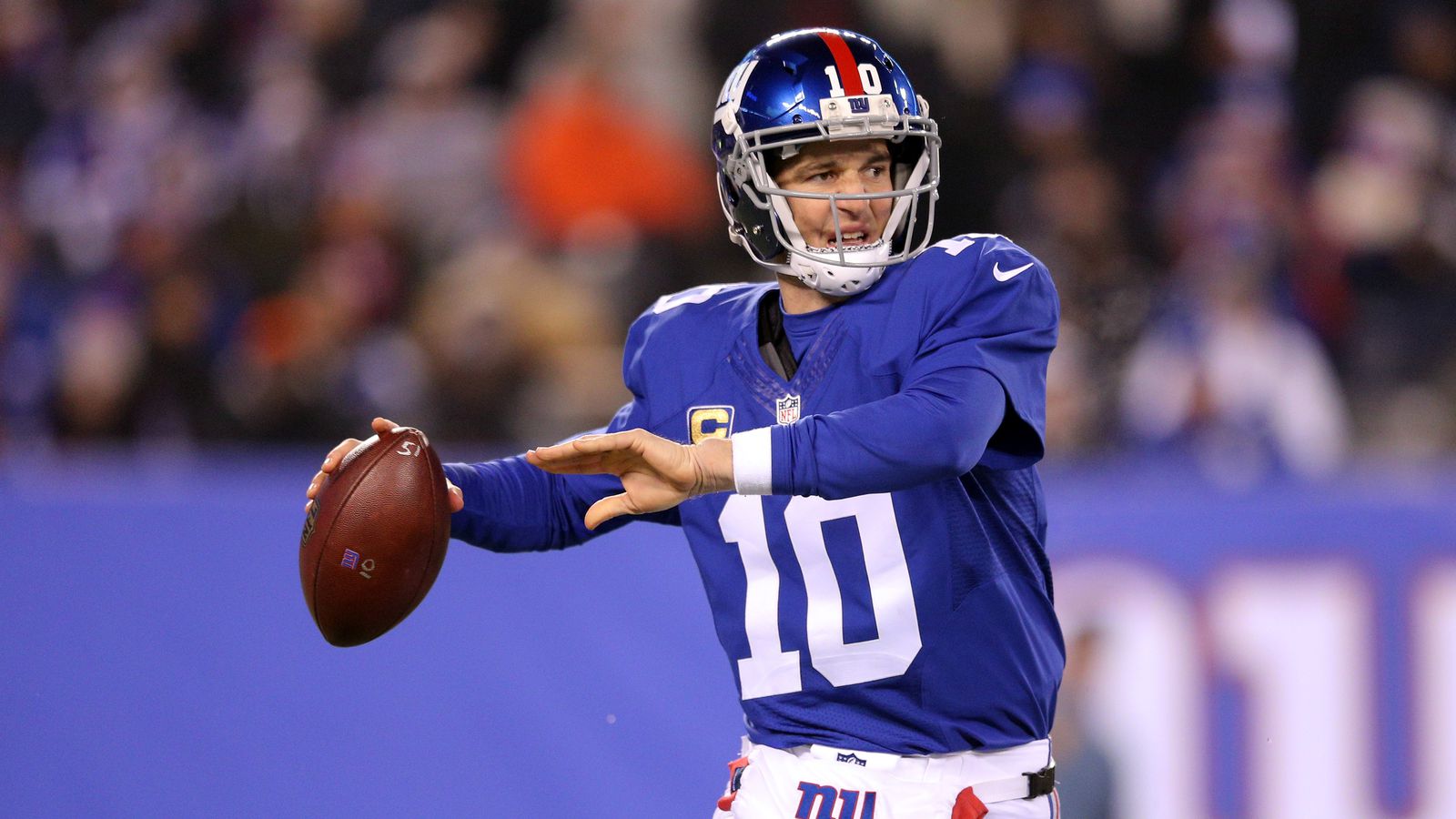 COMMENTS FROM BOTH TEAMS

We have post game reaction from the Giants 17-6 win over the Lions. We have comments from Coach McAdoo, Victor Cruz, Eli Manning, Jonathan Cassilias, Landon Collins, Leon Hall, DRC, Damien Harrison, Justin Pugh from the Giants.

We also have comments from Matthew Stafford Coach Caldwell, Golden Tate, Zach Zenner, and Glover Quinn from the lions discussing the loss.

Q: Why do you think your defense has been so successful the past few weeks?

A: I think the last couple of weeks they’re playing well together as a unit; they’re feeding off of each other, feeding off of the crowd noise, that helps. They seem to be gelling as a unit, doing their own job, playing hard, playing with great effort and executing.

Q: How does it feel it’s a chance against Philly on Thursday to get there?

A: It is what we want. It is next on the schedule. It happens to be a rival, a (division) rival. We will be ready for it.

Q: You finished 7-1 at home. What does that feel like?

A: It is big. I don’t know if that has ever happened since I have been here, so that is what you are supposed to do – win all of your home games and fight for the ones on the road, so we lost the one against Washington in a close one, so I am proud of the way this team has fought all year, found ways to win close football games and that is a great quality to have. That is what you have to have going into December. You get the weather, you get playoff contention, you get playoff games and you have to win close games and we have been in a lot of them. I am proud of the way the offense and defense have stepped up and made big time plays in critical moments of the game.

Q: How rewarding is it to make a play like that and it’s such a critical moment in the game?

A: Like I said, it’s essentially about coming down and doing your job. Because I was inactive in previous weeks, I’m not trying to prove a point that I should have been out those weeks. I’m just trying to come in, make the plays that come my way and help this team and this defense to get to that next level.

Q: What do you like best about this defense?

A: I think it’s the swagger. It’s everyday. They don’t just come here Sunday and turn it on. It’s everyday of practice. They come up with turnovers in practice and stops in practice. They practice the way that they play. What it is, this is a family team. The O-linemen, the offense, we go out to eat. They’ve been skipping on us the past couple of weeks. Make sure you all let them know that we have dinner this week even with the short week. It’s great to be on a team that feels like family. It’s been that way since the beginning of the year. I’ve been preaching about Super Bowl this. You don’t say that stuff just to say that stuff. You say that if you truly believe that. That’s what we’re doing right now. We’re truly trying our very best to get to the Super Bowl. That’s our goal. It starts one game at a time.

Q: Can you talk about the turnaround of the defense this year?

A: Nothing has surprised me because I know the guys that were brought in. They brought in some playmakers, guys that are known to make plays, and anytime you come in Spags’ defense, you hop on a lot of things and, for the most part, we just go out there and execute.

A: Yes, it is. Especially since I’ve been here. You can’t really look at the wins. We just have to continue to focus on the one we have at hand. We have a big turnaround against Philly, so we have to get ready for them.

Q: As one of the few guys in this locker room with a championship, does it get to a certain point in the season where it starts to feel like a championship caliber team?

A: As of right now, I think that’s what we’re looking at ourselves as, a championship caliber defense, a championship caliber team. We’re starting to get these games together, we’re starting to put them together and we’re finishing. At the end of the day, December rolls into January and you want to be finishing these games and when the opponent watches the film the next week, they want to see you finishing, that’s a little bit of an intimidation factor.

Q: Last season you guys lost a lot of close games, this season you’re winning those games and the defense has been a significant part of that. What’s the difference between last season and this season in terms of pulling out those close games? A: Definitely the guys that we brought in. The defensive front is playing awesome; getting pressure on the quarterback and not letting them see the whole field. Secondly, our back end is covering and making great plays, making great stops and getting off the field on third down. That’s been the biggest mindset.

Q: In the beginning of the season, everyone was calling this a championship defense. You’re at 10 wins now, is there a feeling that this team is coming together as a whole?

A: We love each other, that’s why we go out there and we play for each other. We play hard for each other. We love these coaches and everyone else around here. You can tell the way we play out there that we’re going out and trying to take care of each other and fight for those crucial situations and executing those times.

Q: What was your view on the game?

A: It’s a hard fought contest. I think they played really well. They ran the ball on us better than teams have done of late. We had a couple of turnovers that made a difference. We were able to get down in the red zone three times and came away with no points in a couple of situations. But nevertheless you have to give them credit as well. They were able to make the plays and end up in a really good position down the stretch.

Q: You expected that to be a tough defense going in and is that exactly what you got?

A: Yea, they played well and we didn’t make enough plays. At the end of the day we had opportunities. Speaking about myself, early on, a ball I probably should have jumped up and got. We got in the red zone and let one go, we just have to bounce back. We are still in control of our own destiny, we just have to show up ready to work and try and get better.

Q: Where are your guy’s heads at collectively with 2 games remaining and the chance to wrap up this division in front of you?

A: I think it’s the same as what it was. We are in control of our destiny. If we win, we have a good shot at getting in the playoffs, so that continues on.

Q: You had a chance to wrap up the division today. What’s the mindset going forward?

Q: You guys have played three outdoor games this year, and two of those you didn’t score an offensive touchdown. Is that an anomaly or is that something to playing outdoors?

A: I don’t think there’s anything to it. We’ve played some good defenses too. We had our chances, just didn’t get in there.