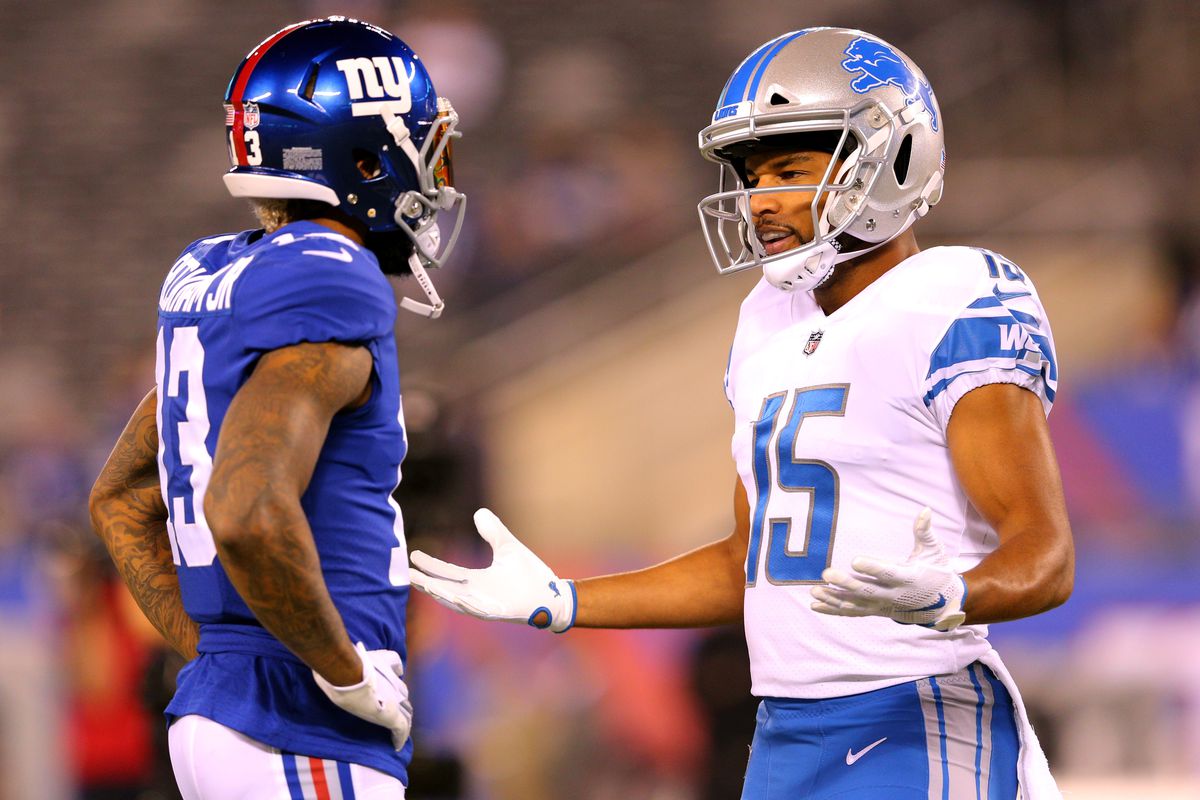 With Odell Beckham now a Brown, the New York Giants officially had a gaping hole in their wide receiver room with an opportunity to become one of Eli Manning’s main targets. The answer to the opening? Golden Tate.

Tate who was drafted by Seattle back in 2nd round in 2010 joins the Giants after splitting time last season in Detroit and Philadelphia. After playing with a division rival last season, Tate asked if he would have to change who he is and how he played by joining New York.

‘I’m just going to be who I am” said Tate. I have a lot of confidence in my ability and what I can bring to a team. I think I’m in a better situation here, because I have an entire offseason to learn the offense. I’m not hitting the ground running in the middle of the week having to prepare to play Sunday. It’s kind of a different scenario this time around. I’m excited to be able to play ball, and get out here and play for a great fan base, a great city. I guess representing two states is kind of cool. Just win a bunch of games. I know my expectations are high for this organization, and I just want to keep help build those championships that I used to watch.”

Tate looks forward to joining a franchise in need of a big target as well as having so many competitive teammates like Saquon Barkley. Tate mentioned during a recent press conference that Barkely might be the most competitive person he has ever been around.

“This dude (Barkley) is, just over the last four days, over the top competitive, and I love it” he said. “I’m talking about — we’re doing broad jumps, he’s over there, ‘How much you broad jump? Oh, I got you.’ Bench press, ‘Oh Russ, what did you do here? Oh, I killed that.’ We were playing Connect Four yesterday, and he beat me in five tries. I haven’t played in a while. ”

The truth is Tate is exactly what the Giants need, a hard nose receiver who will lead by example in the locker room and do what he can to deliver on the field. Starting as a punt returner and worked his way up to being an All-Pro Wide Receiver in Detroit along side Calvin Johnson.

The move to Philly was sudden but had enough of an impact that even at age 30, the Giants wanted to make sure he was in the fold to be a major part of the Wide receiver core with Sterling Shepard, Cody Latimer.

“You can tell, for instance, (WR) Cody Latimer, one of the guys I was sitting next to, and he’s just absolutely worked his ass off this offseason trying to get back” he Said. “You can just see it in his eyes. Before he does a set of exercises or reps in the weight room, or after he gets done, he’s like, ‘I’m not playing this year, I’m ready.’ You can see that fire. Some people you can just see the fire, and that’s what you can see with him, and a few other guys. (Sterling Shepard) Shep came in in tip-top shape, seems like he’s in tip-top shape, (WR) Russell Shepard has been awesome. If you ever get to talk to him, he is hilarious. Guys are just working. You can tell that they didn’t start working out just on Monday, which tells your ‘give a crap level’ is high.”

Tate will be available through out the offseason and Back Sports Page will feature the work that he puts int he community!

Carlito Talks With Back Sports Page About His Career
Big Blue Report: Giants Take Daniel Jones With The Sixth Pick