Big Blue Report: Inside the Giants-10/12 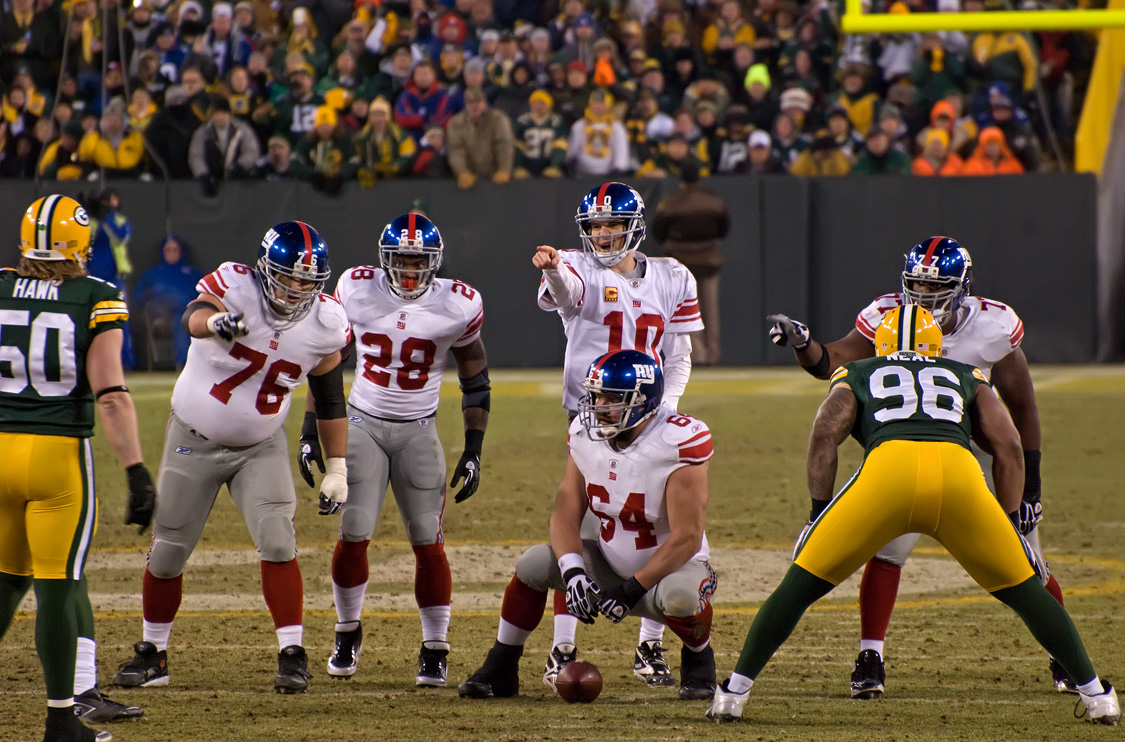 When looking at the schedule of the New York Giants, you expected there to be some surprises and let downs. After spending $200 Million on your defense you would have hoped the deficiencies that plagued the team last season were going to be at least improved if not gone.

On Sunday night, the Giants lost to the Packers 23-16 which dropped their record to a disappointing 2-3. Afterwards fans of Big Blue were left scratching their heads wondering what went wrong after the 2-0 start.

Coach McAdoo summarized the Packers loss on Monday to reporters via conference call by breaking down different phases of the games. He started with the defense. ”First, what they did well. I thought that we were ready to play a high caliber quarterback. We came away with two interceptions, which is tough to do against Aaron (Rodgers). The two-minute at the end of the half was a positive. We forced them to punt us the ball back and I thought that holding them to six points in the second half gave us a chance to win the ball game. What we need to improve on, we let the big backs get rolling down hill on us and we need to win the line of scrimmage there in the run game. Wrap tackling is also something that needs to take a step forward this week.”

When it came to the offense, McAdoo had to dig a little more for the positives. “What we did well was that we were 1-for-1 in short yardage, we were 5-for-5 in the screen game, had some productivity there, and in the fourth quarter we kept playing and had a two-minute drive to cut the lead to a score. What we need to improve on is winning the line of scrimmage, doing a better job of handling the movement in the run game, in the pass protection and we need to sharpen up our pass game. Finishing drives is also a big factor in the game. We had four first downs in the green area and only came away with 16 points.

We will see how Big Blue responds as the Giants host the Ravens this Sunday at MetLife Stadium.

With all the attention on Odell Beckham Jr’s negative outbursts over the last few weeks, he found away to have fun by hugging the kicking net and writing “Just Smile” on his gloves. A major difference from the previous week as Odell caught five passes for 56 yards and a touchdown.

Eli Manning’s stat line was not bad against the Packers as he was 18/35 for 199 yards with one touchdown. He did have one fumble and was rushed on multiple plays. Manning was questioned by reporters at Tuesday’s media session about his health. In typical Eli fashion he shrugged it off with “I am fine.”

The running game has been a struggle for the Giants this season as injuries have taken Shane Vareen and Rashad Jennings off the field leaving the team with Bobby Rainey as the starting back on Sunday night.

The team produced only 43 yards on the ground which puts them on the bottom of the league in the rushing game. Giants had three backs available on Sunday. They hope to have Rashad Jennings back Sunday as he has been limited at practice.

Ereck Flowers did not have a good night on Sunday. It was tough night on the field and he faced the criticism for his struggles. After the game he was approached by Giants beat writer Jordan Raanan who had questions for Flowers. After multiple profanity filled warnings to be left alone, Flowers pushed Jordan away and both had to be separated.

McAdoo was asked about the situation and claimed it will be handled in house. “ I talked to Ereck, Jerry (Reese) talked to Ereck and PR talked to Ereck. We had a chance to sit him down, he called and spoke with Jordan (Raanan) and apologized. He understands that he cannot behave that way, it is unacceptable and it is important for us all to have a professional relationship with the media, players and coaches.

Giving Back on Monday, Giants Style:

If you are in the Wallington area on Monday night, stop by Wallington Lanes as members of the Giants will be in attendance for a fundraiser to help raise money for Sickle cell research.

The event starts at 7pm. For tickets and more details please visit www.Lunarsportsgroup.com