Big Blue Report: Is It Three and Out for Daniel Jones? 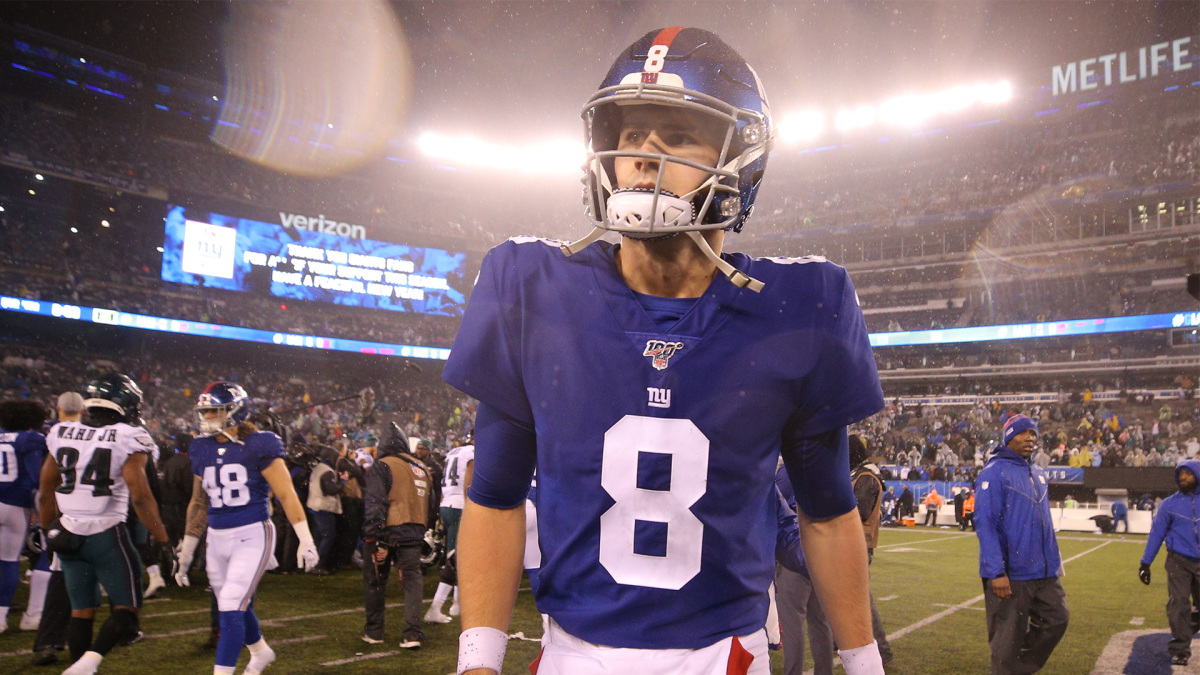 Daniel Jones heads in to the critical third year of his NFL career with more questions than answers as the starting QB of the New York Giants.

Jones has struggled during his time as a starter as he only threw for 11 touchdowns and 10 interceptions but also fumbled 11 times. Jones really lost momentum after his injury late in the season after going down against the Bangles in the middle of a four-game winning streak.

So, if your New York do you keep Jones on a short leash?

When Jones met with, the media two weeks ago, he was asked about the third-year pressure, and he responded with the following.

“You know, I’m not sure I necessarily think of it that way” Jones stated. “I think right now my focus is on what I can do to improve, and I think making sure that I’m improving every day and getting myself in a position to go into training camp prepared and be prepared to start the season. So, I think that’s my focus now that there’s — we’ve all got to perform in the NFL, and you’re expected to perform at a certain level. So certainly, understand that, but right now, the only way to get there is to focus on what we are doing here every day at practice.”

From one perspective, following a great player like Eli Manning is going to be tough because you are filling the shoes of a Two-Time Super Bowl Champion and he will always be compared to him.

Another perspective is that maybe Daniel suffers from the same thing Eli went through at the tail end of his career, an inconsistent offensive line. Through the end of the Jerry Reese era, many attempts were made to plug in pieces on the line to keep Eli and the Giants in contention. It failed.

Before drafting Andrew Thomas in 2020, Dave Gettleman said he wants to finally fix these issues on the OL. This will be the best opportunity that Daniel will have as he will have consistency as members of the line have returned for a second season.

Turnovers will be the key for Daniel. If he holds the ball and take the sack, he will be better off than just throwing away as we mentioned earlier, he had an astounding 11 fumbles during the 2020 season.

Another key factor is that the Giants added more weapons to help Daniel.

Kenny Galladay who played for Detroit last season, joined the Giants to give Daniel a much needed #1 target down the field as this has the Eli Manning-Plaxico Burress feel to it.

Galladay admitted that he and Daniel are already working out together this offseason.

“Me and Danny hooked up a few times outside of the facility” said Galladay. I didn’t really come into it with any expectations to be honest but as of right now, that’s my boy. I can’t wait to just really work with him deeper in training camp and especially when the season starts.”

The Giants open camp next month to prepare for the 2021 campaign.