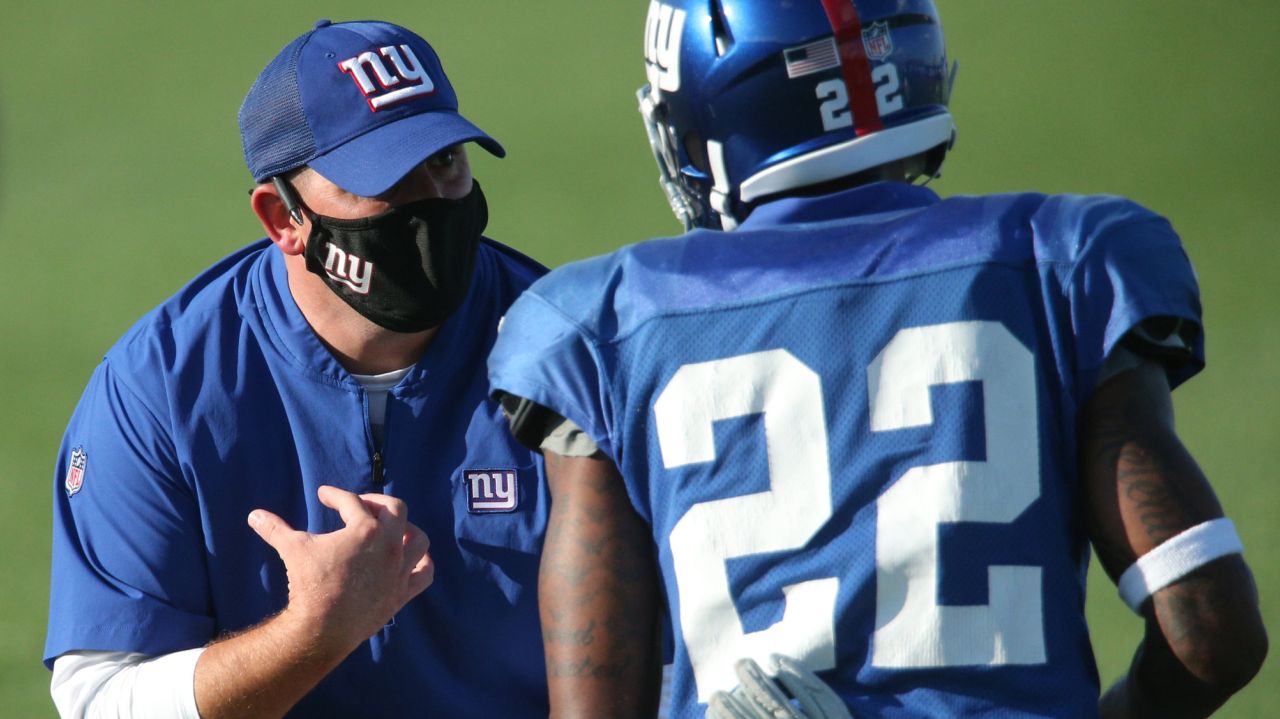 The New York Giants now prepare for life without Saquon Barkley and the reaction is a somber one in East Rutherford. Today Joe Judge met with the media to discuss the tough situation with the team and how to bounce back after an 0-2 start.

If losing Saquon is an Emotional loss:

“I think it’s emotional for any of your players. You know how hard these guys work. You know how important it is to them. Not to mention how it impacts directly their own lives and their families’ lives. There’s definitely some emotion attached to losing any player. Saquon Is obviously no different. He’s been voted a captain on this team, he’s very important to the team, he speaks for the team. He always holds the best interest of the team first. He exemplifies what it is on and off the field for us. We’re going to miss having him on the grass, but we’re going to keep him involved as much as we can going forward.”

After an 0-2 Start, How the team bounces back:

“Our guys are on track, they are really focused. We’ve had good productive meetings today. The culture we want to have in this building is the one we have. That’s to go to work every day. Every week is a new week, everybody’s 0-0 right now going into week 3. We have a good opponent coming to town right now with the Niners. They’re going to give us a tremendous amount of challenges that we have to be ready to face. We’re focused on getting ready to work. We’ll be on the field Wednesday and we’ll be on the field practicing.”

“I have to check back with Ronnie (Barnes). We have a number of guys seeing doctors today like they do after every Monday. Some for normal bumps and bruises, some for other things that may have limited their action in the game yesterday. He did have a lower limb injury yesterday in the game. Tried to come back early in the second half and wasn’t able to finish. We’ll see where that is right now. I can’t speak for Shep in terms of how he feels. I haven’t been able to sit down with him and talk with him directly about that yet. I’m going to check with our training staff after this meeting and see where things are at going forward.”

On The 49ers Complaints about the Turf at Metlife Stadium:

“I’ll start with the turf question. Our guys have been on that turf. We had camp in the stadium, that was our home for that month or so. We had our players on the turf every day for some kind of walk thru competitive practice. Leading up to the game last week, not a single player said anything negative along the way to me at all about any of the facilities, specifically the turf. I’ve been on it myself, obviously with the team. I think it’s a good surface. It’s our home and we’re excited to play there next Sunday. In terms of the soft tissue injuries around the league, there’s probably different factors that go into that. I’d probably be out of place right now to give any blanket statement for the league. There was definitely a concern with us as coaches coming in without preseason as to what position it would put our players in. We obviously put a large focus on our own conditioning. We put a large focus on our own recovery. Based on how we train these players and get their bodies ready for not only the physical contact that’s in the game but also the conditioning their muscles need to sustain and recover. One thing we talked about as a team last week, especially us coming off a shorter week, is the recovery from Week 1 to Week 2. Again, no one’s had the opportunity to be through any type of full game until Week 1. There’s a cumulative effect that happens with your body, it’s just natural. The shock your body goes through coming out of any game, it takes a couple days to recover anyway. If you haven’t been through that kind of stress and physical demand, it takes a little bit longer to recover. That being said, there’s a lot of injuries that conditioning has absolutely nothing to do with. What Saquon went through yesterday, that’s just something that happens. That doesn’t have anything to do with conditioning or how hard he trained or anything to do with that. That’s just an injury that sometimes happens. It’s very unfortunate to everybody involved. The soft tissue stuff are things you really have to look out for. The pulls, some of the tears of the hamstrings and quads, some of the things of that nature. The Achilles and things along those lines. We were very careful with our players throughout training camp. Made sure we built their tolerance and get their bodies’ endurance ready for the rigors of a season. More importantly, get them ready to recover from game one to game two. That’s something we put a lot of focus in with how we train our guys in practice.”

“They haven’t told me anything. What I told you earlier, he’s done for the year, that’s the only timeline I’ve worked off of right now. Everybody is unique in these situations. That’s one thing I can tell you from personal experience as well as working with other athletes that have gone through this. Everybody’s body recovers differently. I would say this, his body is in a phenomenal spot, that it’s going to be able to recover very well with the treatment they will give him. That being said, I don’t know what his body is going to go through, no one does. I just know this guy is committed. He is going to work really hard and he is going to do everything he can to get back. We all have full confidence in the medical care he is going to get. We all know this guy’s work ethic is going to carry him on through. We look forward to getting him back on the grass obviously next season. We’re excited to get him back at that point.”

On Wayne Gallman and Dion Lewis:

“I say it all the time, we have confidence in every player on our roster. Wayne and Dion are definitely guys that will factor in. We’ll work to their strengths, they are two different types of backs. Both of them have a degree of toughness. Wayne’s got that long speed, get him ranging out and get him really moving. Dion’s got that real good short area quickness and burst to get going. He does a great job of finding small seams and getting through the hole. They are both different guys, we’re going to have to work with what they do well to give them an opportunity to be successful. Coming from the backs and the fullback Eli Penny, who has got some ball