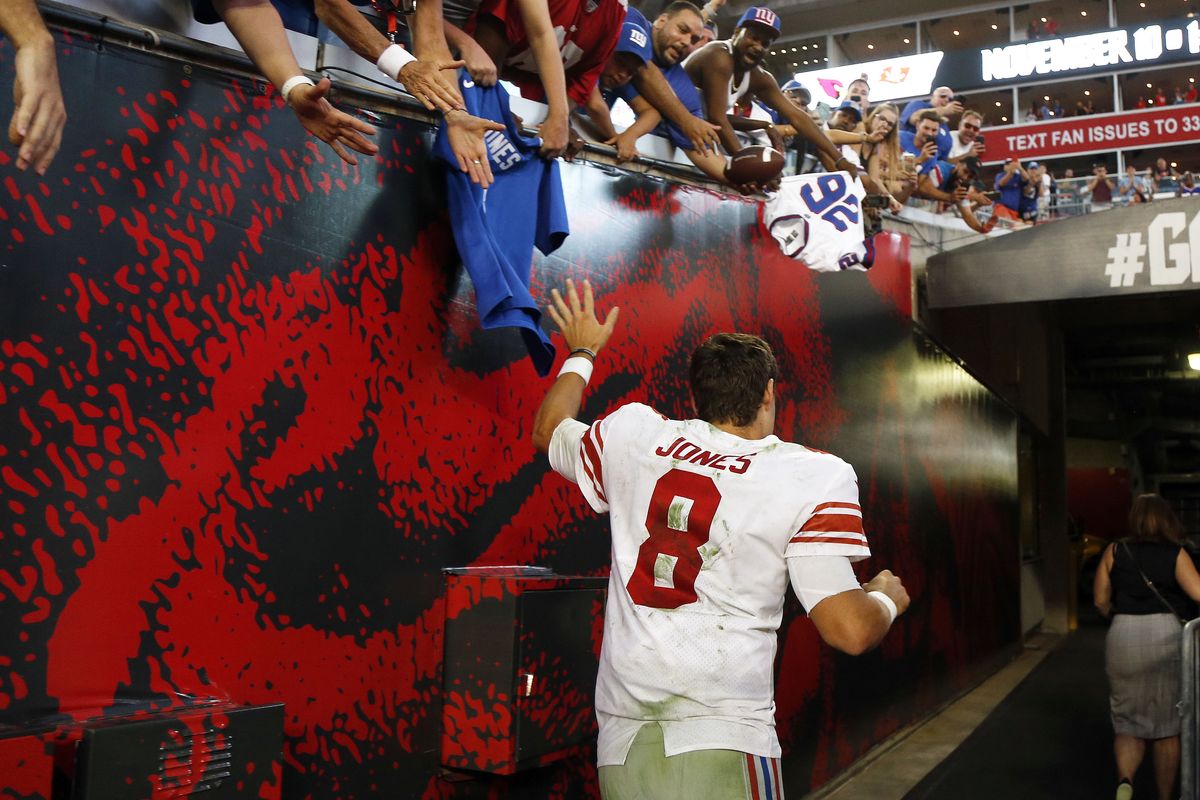 After a crazy week in East Rutherford, the New York Giants traveled to Tampa Bay behind Rookie QB Daniel Jones and left with their first win of the season. Jones helped rally the Giants from an 18-point first-half deficit to a 32-31 victory over the Tampa on Sunday.

Big Blue escaped with the victory after Tampa Bay’s Matt Gay missed a 34-yard field goal attempt as time expired. The Bucs were led by Jameis Winston who threw 25-37 for 380 yards, three touchdowns and one interceptions

Jones finished 23-of-36 for 336 yards with two passing and two rushing touchdowns, showing the national audience why the Giants took the Duke product with the 6th pick in this years draft.

“We had a chance there at the end of the game That’s all you can ask for,” said Jones about the eight-play, 75-yard game-winning drive. “We kinda struggled to move the ball there at points and — just a great job, great job moving the ball down the field as a team. We got some guys open, and they made plays. So great job, loved the fight and loved the grit of this win.”

Jones was forced to play nearly three quarters without the Giants star Running back Saquon Barkley, who suffered an ankle injury and was out the remainder

When the offense needed a spark, with Barkley in a walking boot, Jones hit tight end Evan Engram for a 75-yard touchdown pass to begin the second half and get the offense rolling to pull the Giants within 28-18. Without its most dangerous weapon on the field.

“We’re looking for him to not be heroic,” Giants coach Pat Shurmur said. “But just be the best Daniel Jones he can be. … We’re very confident in what we’ve seen. He keeps passing the test.”

Giants: LB Alec Ogletree left in the second quarter after injuring a hamstring during his runback of a fumble that was later reversed by replay and ruled an incomplete pass. … Barkley limped off the field with a little over three minutes remaining before halftime and was on crutches afterward. … LB Tae Davis left with a concussion in the second half.

Buccaneers: ILB Devin White, the fifth pick in the draft, was inactive due to a knee injury.

We will have More Coverage shortly..