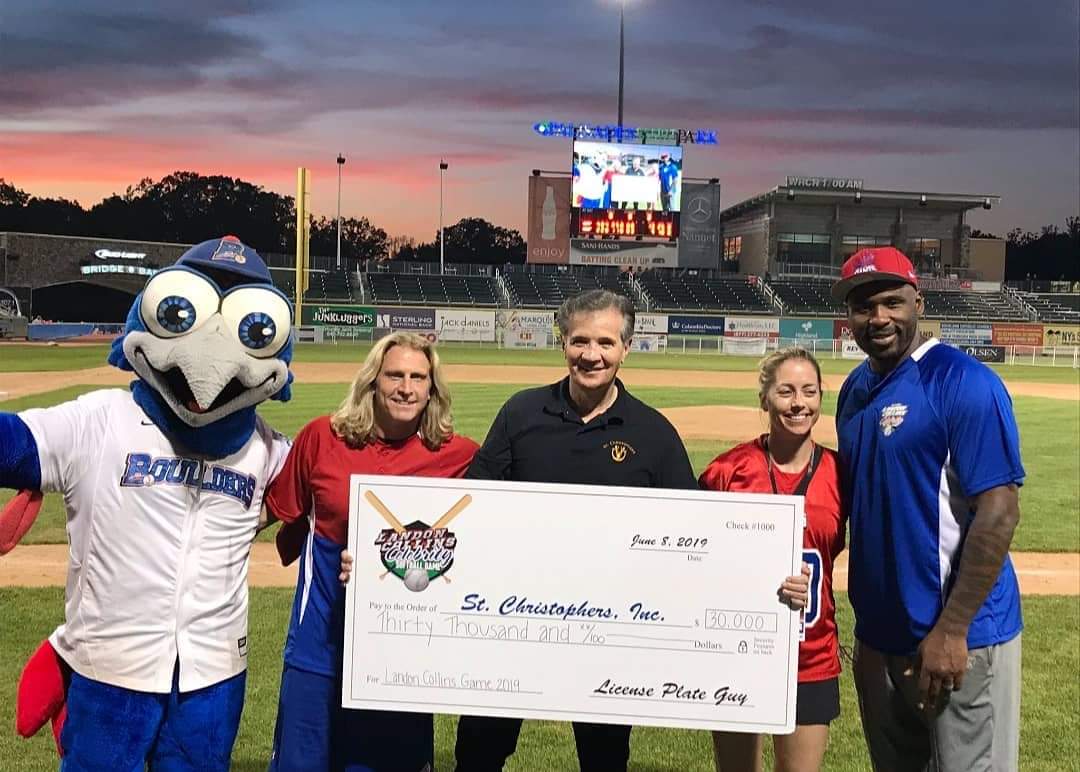 Landon Collins played his last official game with the New York Giants in November of 2018. Joe Ruback, Brandon Jacobs and other members of the the Giants family attended Boulder Stadium in Pamona NY to help Landon celebrate his efforts by participating in his third annual celebrity softball game, the final one as a member of the New York Football Giants.

Ruback, who has been close friends with Collins started the softball game back in 2017 which has become a Giants family reunion as alumni and current members of the organization attend in a very non traditional type way to raise money to help fight cancer.

“Once a Giant always a Giant” Collins smiled and said to me as he was signing autographs for the fans in the dugout after a meeting with reporters.

“It’s still amazing” said Collins as he smiled. It’s always love, I love the community. I love what I did for the city and what it did for me..its been amazing. “

Landon was hoping to resign with the Giants this past off season but was disappointed when New York did not make an offer nor put the franchise tag on the fan favorite safety. The 25 year old pro bowler signed with the Redskins and will play the Giants twice a year.

When asked if he was going to convert his friend Joe Ruback who helped create the great event to become a Redskins fan Collins laughed. ” He can be a fan of the ‘skins twice a year, it wont kill him.”

“Landon was great teammate and enjoyed going to battle with him, it doesn’t matter if they are on another team, he is doing something great for the city. I am always honored to come out and support and help a great teammate.”

The game itself raised over $30,000 to help benefit St Christopher’s Inc, a non-profit, non-sectarian social service agency in Westchester and Orange Counties, whose mission is to serve at-risk adolescents and unlock their individual potential.

When asked if he will continue the tradition in Washington, Collins was very optimistic. “Yeah, we are going to do something down there. We just moved down there, but we will find away to make it work.