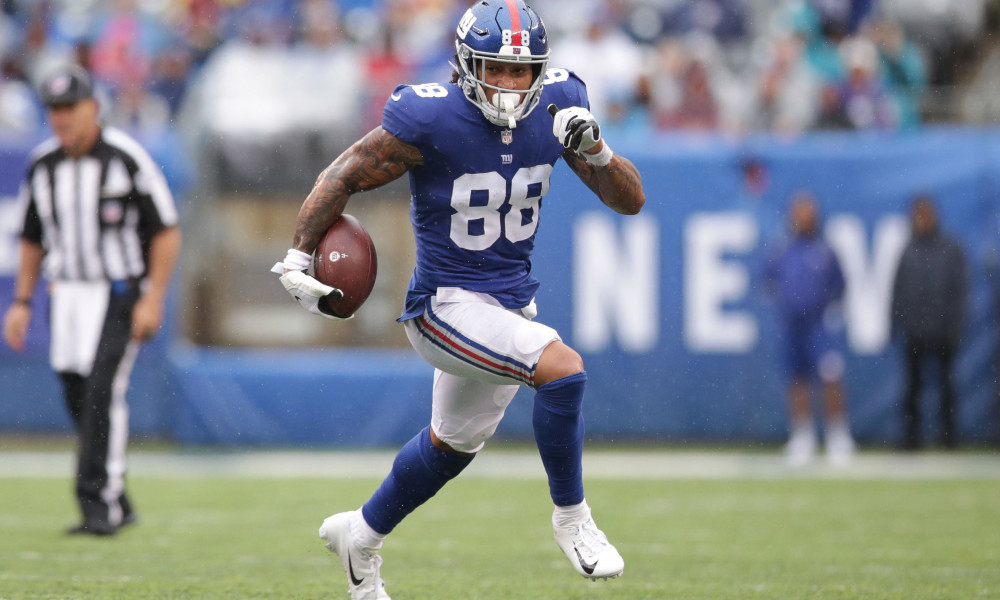 The New York Giants returned to the practice field on Monday hoping to build on their solid performance they showed against the Patriots this past Thursday as well as get a little healthier.

Evan Engram, Saquon Barkley, Wayne Gallman ,and Sterling Shepard returned to practice today and Coach Pat Shurmur stated there is no exact time table for each of their returns.

Shepard suffered a concussion against the Vikings back on September 29th, has been in the league protocol and is hoping to be cleared for Sunday’s game against Arizona.

“It is out of my hands” said Head Coach Pat Shurmur. “We have our doctors… Anytime there’s an individual in the protocol or coming back from a concussion, the doctors will let us know when they’re allowed to be playing. So, that’s where we’re at. I really don’t have anything to add. I understand the interest in all of this, but there’s really nothing that I can add.”

Barkley tweeted Sunday night that he would be “back soon” from his high ankle sprain. Barkley took part in the opening portion of practice open to media.

“We’ll see when he comes in tomorrow he feels,” said coach Pat Shurmur. “We’ll just have to see (about Sunday).”

Barkley has missed three games since suffering the injury.

“It was definitely hard not being out there with the guys, but the team played their butts off and we were in it” Said Engram. “But yeah, we watched it together”

When asked about his condition Engram told the media todythat he finds himself feeling better and hopes to be back on the field this week.

“I feel really good. Got out there, was running around. It was good to get out there moving around. I’ve got a long week to get ready, so coach is taking care of us, but we did get some good work in. It felt good today.”

Big Blue Report: News and Views
Jones and Murray Ready to Square off at MetLife