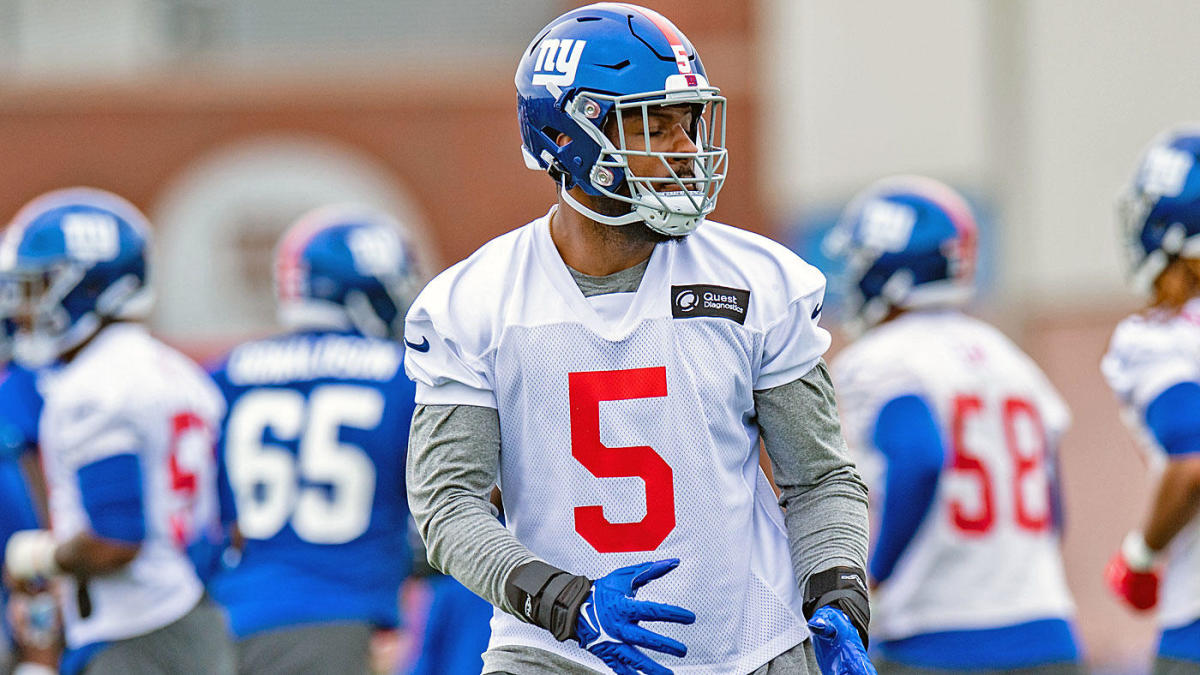 Today the New York Football Giants made the necessary moves to bring their roster down to 80 players by the 4pm deadline on Tuesday. Moves were made but no cuts to the roster.

Big Blue placed three players to the reserve/injured list and two on the reserve/physically unable to perform list.

Rookie Inside linebacker Darrian Beavers and tight ends Ricky Seals-Jones and Andre Miller were put on I.R. Offensive lineman Nick Gates and Matt Peart will begin the season on the PUP which means they will be missing at least four games this season.

The Giants must cut their roster down to 53 by Tuesday August 30th.

The Giants announced that rookie linebacker Kavon Thibodeaux has sprained MCL and will miss 3-4 of his rookie season.  The star rookie will be meeting with famous surgeon Dr. James Andrews for a second opinion.

The injury occurred during the 2nd quarter of Sunday’s preseason win against the Bengals after a low tackle by Thaddeous Moss. There has been a lot of push against Moss after the hit being labeled as dirty.

Brian Daboll spoke with the media on Monday to discuss the injury to his star rookie.

“Those are tough blocks – the blocks that are coming from across the line of scrimmage within the tackle box” said Daboll. “You gotta see it, and then you’ve got to do a great job of trying to play with your hands. So, it’s unfortunate that KT went down. But that’s part of the game.”

“I’d say it’s day-to-day really” said Daboll. “I’m not forecasting when a player can come back or not come back. I know he’ll come in and get treatment. We’ll take it day-by-day, and when he’s ready to go out there, that’s when we’ll put him out there.”

The story of the enigma known as Daniel Jones keeps getting more and more intriguing as the preseason comes to a close.  Is he really the franchise quarterback or just a place holder until the next star comes in.

Daniel’s stat line on Sunday was not horrible,14 of 16 for 116 yards and one interception. The interception was thrown into triple coverage and may not have been the best decision.

“I think I could have done a better job setting him up for that play’ but we learn and its part of the process of this offense,” said Jones.

Jones is currently playing for his career with New York going into the final year of his contract. The Giants declined the fifth year option of his rookie contract that would have paid him close to $23 million dollars.

All eyes are on Daniel right now on if he will be the guy to replace the great Eli Manning or be the next Dave Brown as the Giants brass will search for their guy. Asa  reminder, Daniel was selected 6th overall back in 2019 by Dave Gettleman.

This current regime is giving Jones the opportunity to keep his job. That is the only thing that this management owes Daniel. Nothing more, nothing less.

This week heading into the final preseason game against the New York Jets, The giants will actually practice with their cross town rival on Thursday 8/25.

We will have the Big Blue podcast coming up this week, as well as updates on all the stories surrounding the New York Football Giants,

Showalter, Mets Learning From The Past, Ushering In The Future
LAFC signs Cristian Tello