Big Blue Report: Not Even Eli’s Return Can Snap Loosing Streak VS Eagles 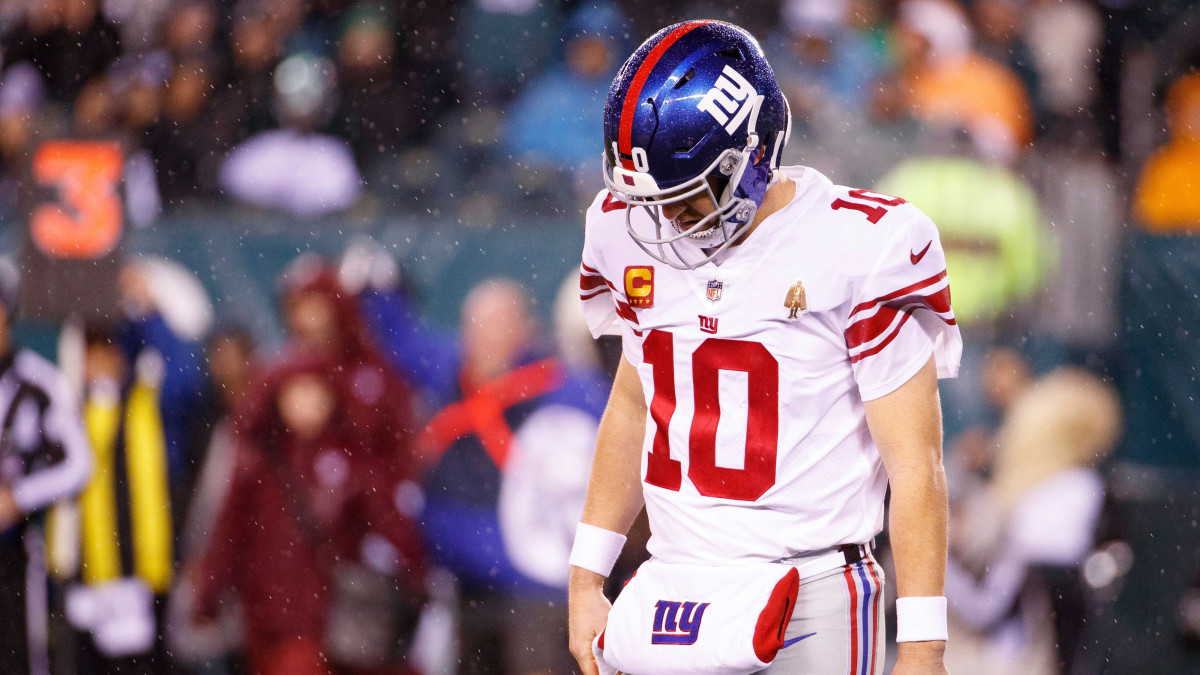 The story would have been perfect.

Eli Manning coming in for maybe his last start with his family in attendance filling in for the young prospect who replaced him earlier in the year, and winning. Would have bee perfect right?

That is not the style of the 2019 New York Giants.

Manning started in place of Daniel Jones who is suffering from an ankle injury. This was Eli’s first action since he played the entire game in a Week 2 loss to Buffalo.

Manning completed 15 of 30 passes for 203 yards, two first half touchdowns to rookie Darius Slayton, and no interceptions for a passer rating of 94.2. Showing the world he can still go as he heads into the last year of his contract.

Like Jones, Eli developed a quick chemistry with the rookie wide out as Slayton had five catches for a career high 154 yards with those two touchdowns. Slayton is the 57th different player to catch at least one Manning touchdown pass.

Slayton was not the only Giant to benefit from having Eli back at the helm. Saquon Barkley who only accumulated 66 yards rushing looked a lot more active and healthier then he has all season.

The Eagles were led by Carson Wentz who completed 33 of 50 passes for 325 yards, two touchdowns and no interceptions. This included the game winning drive in overtime to TE Zach Ertz.

Ertz caught nine passes for 91 yards, including a pair of two-yard touchdowns – the first tied the score with 1:53 remaining in the fourth quarter, the second won the game with 5:10 elapsed in overtime.

The Giants went into the locker room at the half with a 17-3 lead, similar to last years game against the Eagles as Philly came back from a large defict at the half to win the game.

Not even the magic of Eli Manning could stop the loosing as New York’s streak now hits nine. This ties the franchise record set in the first nine games of the 1976 season.

Hopefully Eli Manning will have one more home game so his fan base can see him off the way he deserves. As a Iron Man with a heart of a Giant.

If this was the last time.. He made the statement…He gave his all to the team, the franchise and the fans.. letting them know what Giants Pride is defined as.