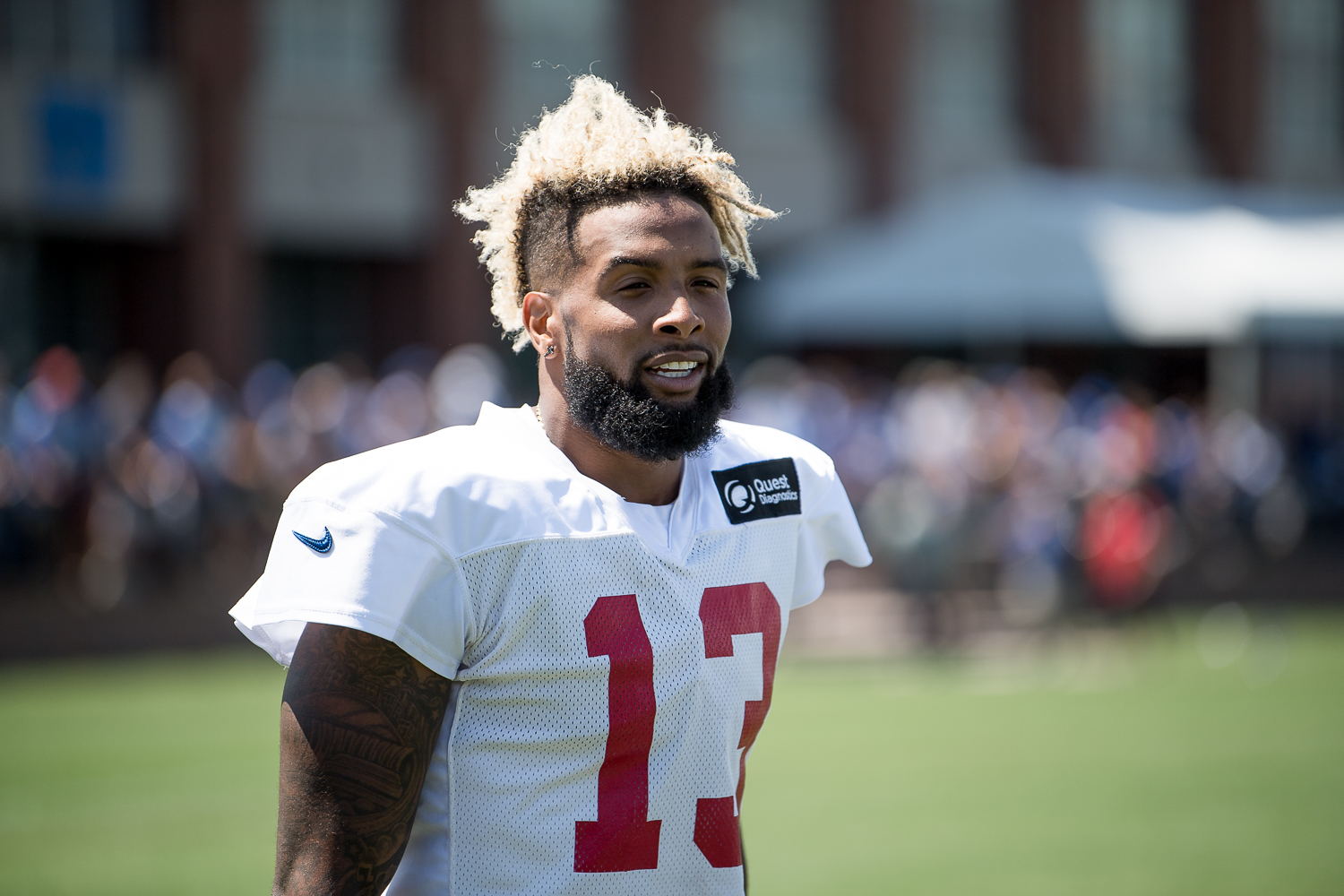 Odell Beckham Jr. finally got it.

The star wide receiver has been waiting patiently to get his contract extension after performing and been an amazing member of the Giants franchise since returning from his injury.

His behavior was a concern by John Mara at the beginning of camp as he told the media. “Well, I think this was the timing that we always had in mind, but you know, I think Odell personally is moving in the right direction. I think he has come in here with a good attitude, showed up with a smile on his face and worked hard, and I think he’s ready to go. I think he’s ready to have a great season and we’re ready for him to have a great season.”

Giants GM Dave Gettleman addressed the Giants media during the day. “It’s a five-year extension, six years total,” Gettleman said. “We got him until he’s 108. I never worried whether or not we would get it done. I’m pleased, because the litmus test for a contract is that neither side is ticked off before the ink can dry, and neither side should be ticked off. It’s a very fair deal.”

“It was not a distraction because of the way we handled it,” Gettleman said. “The way he handled it, the way we handled it. I was thrilled when he spoke to the media at training camp. I was thrilled he said it’ll get done when it gets done, because that’s what it is. You can’t force things, it’s a negotiation. It’s a back and forth, both sides have to be intentional and thoughtful, which we were. It was great negotiating, it was a very good give and take with Kevin (Abrams, the assistant general manager) and Zeke (Sandhu, Beckham’s agent). We got to the right answer as far as I’m concerned.”

Beckham released a statement to Mike Eisen from the Giants stating how grateful he is and he knew the extension would get done. “Honestly, I don’t even know how to explain it,” Beckham said. “I don’t know if it’s a relief, I don’t know – it’s a combination of everything. You’ve worked all your life to get to this point and it’s finally here. I have to thank Mr. Mara, Steve Tisch, Mr. Gettleman, coach (Pat) Shurmur,  Eli (Manning), all the guys I played with in the past years. Everybody was really a part of this – my mom, my dad, my family, everybody who was supporting me through this. It’s just such an amazing feeling, I can’t even explain. Most importantly, I have to thank God for being able to put me back together mentally, physically, spiritually. This is just truly amazing; I don’t even know the right words to describe.”

Coach Shurmer stated after practice that Beckham will not play this Thursday night against the Patriots.

Coach Shurmer spoke about the deal with the media. “I think the trade was good for both (Minnesota and us). We got a pick in return for Brett Jones. He’s one of my favorite guys and he’s going to a really good place. With their situation in the offensive line, he’s going to have a chance to compete to maybe be their starter. I’m pretty familiar with their situation and he’s going to a very good place, so I’m happy for him, because he’s a real likeable guy. He works hard, he’s tough, and I feel like if he can’t be here – I tell the players all the time, we want you all to be here; if you can’t be here, we want you to be somewhere good, and that’s a good place. ”

Fellow center John Halapio was sad to see his friend go. ” I’m happy for him, it sucks to see my friend go. That’s the tough part about this business, you build relationships like this, but you know that sometimes it doesn’t go that way for us to be together forever, it’s not a marriage. I’m happy for him, it’s closer to home for him and he gets an opportunity to go out there and play and display his talents and what he brings to the game, he’s a good player.

-Olivier Vernon is officially day to day after being carted off the field yesterday.  Coach Shurmer hates seeing these type of injuries happening “You don’t want anybody getting hurt. You want guys to be able to practice and stay healthy. We’ll just see. At this point, I don’t have .any information.”

-Evan Engram is still in concussion  protocol. “As we know, he’s in the (concussion) protocol, so I don’t have much to add. He’s working his way through.”

-Saquon Barkley returned to practice today as well. “You can reveal to the world that he’s out here practicing full. Let’s reveal it. I know there’s – sometimes when you’re up here and you hear the questions, I see it differently because I’m on the behind-the-scenes day-to-day, but he’s doing very well.” stated coach Shurmer.