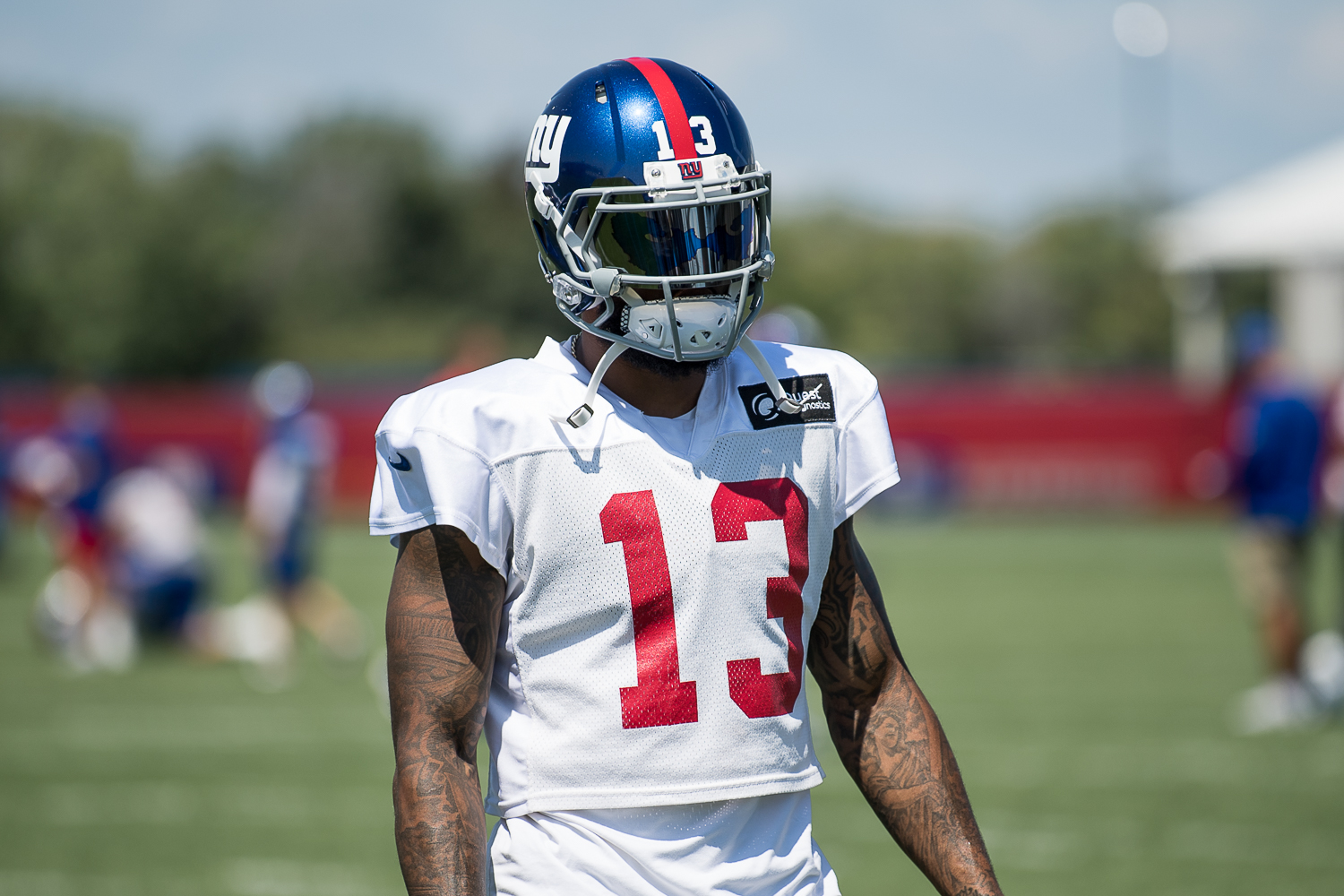 “It was important. We wanted him to come in with the right attitude. Obviously, wanted to see if he was healthy. I think he checked both of those boxes.  We expect a great season out of him. I’ve had three of those so far, and he’s done everything the right way, starting back in the offseason program. He’s been terrific throughout training camp. I think he’s raring to go.”

These were the words of Giants Owner John Mara yesterday as he met with the media to discuss the contract extension of Odell Beckham Jr. Mara stated in the beginning of camp that Beckham had to come to camp more mature and show that he is ready to grow as a player.

Odell held up his end of the deal exceeding managements expectations by being a leader in the locker room to the younger players and doing right by the franchise, not just himself.  Mara stated he has seen Beckham mature during this offseason. “I think he’s matured quite a bit. I think that stuff hopefully is in the past. I think he’s ready to go on and be the type of player and citizen that we expect him to be, and I think he will be.”

The extension is a five year $95 million dollar deal with $65 million being guaranteed money which would average a minimum $16 million a year. Mara was asked if this was too much for a wide receiver? “I don’t think it’s completely out of line in the wide receiver market. It was pretty apparent that we were going to make him the highest paid wide receiver for now. I think the deal makes sense for both of us.”

The media asked Odell if he was relived that this process was over, boy was he. “Yeah. You kind of dream about this moment all your life. In fact, you’ve dedicated everything, you sacrifice weekends, your parents have sacrificed weekend after weekend traveling, doing this and that just to be able to get to this point, so it is a relief and it’s a wonderful opportunity for myself and my family.”

Now that the deal is done, does this add any pressure to Beckham. “I don’t know if it puts any extra that I haven’t already put on myself. Coming in early in training camp, being able to be here and knowing where I’m at in life, and knowing that I do need to be a leader, and there are guys that are watching me and I need to be there on days that I need to be bringing energy somewhere else. I don’t know if it’s any extra responsibility that I didn’t already put on myself going into this year, year five, being a vet. I couldn’t say it was any extra, but I know that my goals are if not the same, higher. I just want to be able to be my very, very best. ”

This now puts him in the conversation with elite Giants like LT, Eli and Phil and he was humbled with that notion. “That’s a great list to be mentioned in. The Giants fans, I love them. I love everybody who’s supported me wearing a 13 jersey, everybody who’s a Giants fan. They’re diehard Giants fans, and their love and support that they’ve given me since I’ve walked into this building has allowed me to be able to go out there. It’s extra motivation to go hard. To be able to be mentioned with those guys and hopefully be able to do things that they did, hang up banners – that’s always the goal. ”

Now the next question would be if he will be ready for the Jags on opening day. Coach Shurmer ended that speculation. “There’s no doubt in my mind he’ll be ready to go against Jacksonville.”

So now with this done.. its time for the season!!