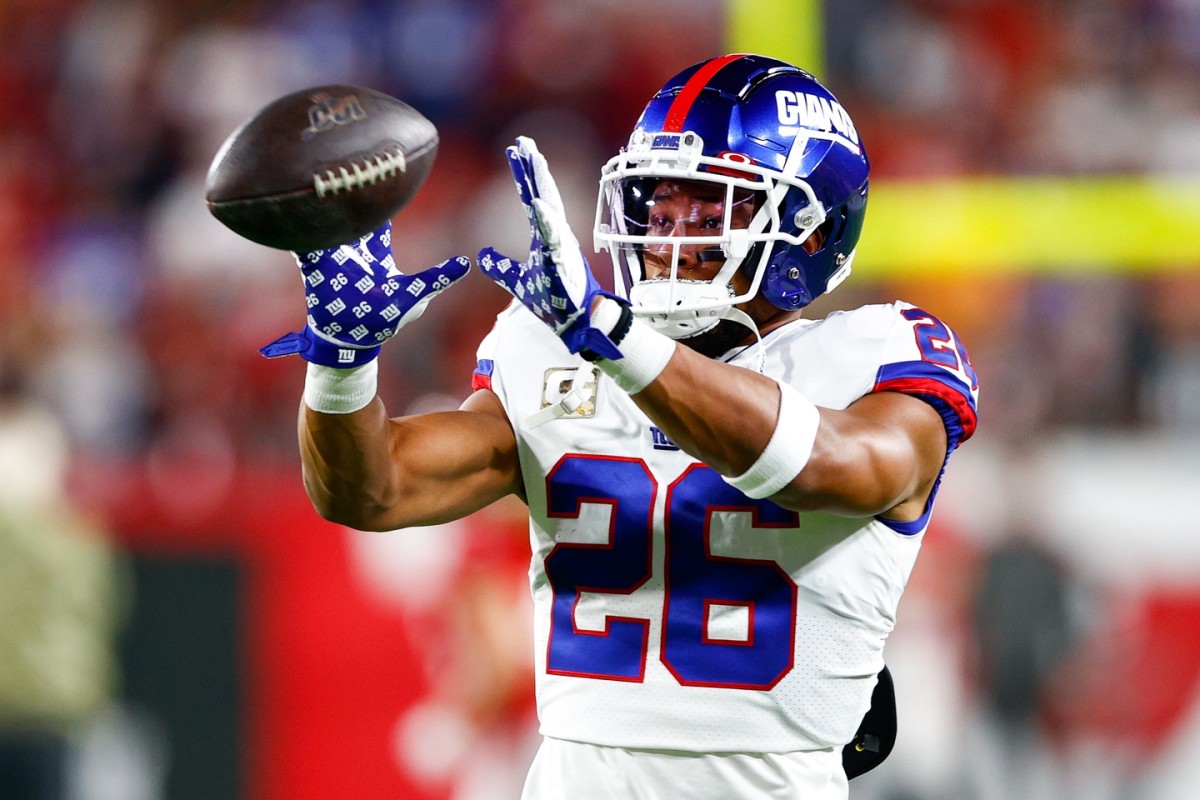 Big Blue opens their season against the Tennessee Titans at 4:25pm eastern in Nashville with tempered expectations. Fans and media alike can not put their fingers on what this team is and what is going to be.

A roster full of younger players and not having the financial ability to go into the free agent market during the offseason to grow the roster, the Giants are going to “do the best we can with what we got” as Joe Schoen stated in his presser last week. A line that rang a sour tone with the fan base.

As the coach of the Giants, Brian Daboll has had the task of putting this team together on the field and discussed his comfortability with his current roster.

“I’m comfortable with the players” said Daboll. “They’ve been working hard. Everybody that we put out there, I’m comfortable with. That’s why they’re on the team. I’d say that you’re never comfortable going into a game ever. You’re always trying to cross your ‘T’s and dot your ‘I’s, and they have a very good defensive front, and we’re going to have to play really well”.

Daboll also acknowledged that this is his first game as a head coach and is just looking to do the best job he can and help the Giants organization grow.

“I’m just trying to do the best I can to help the players out in terms of their preparation, practice schedule, and really not focus on that. I’d be lying to say that I’m not honored, again, to be standing up here. But my focus is on the game and the players. There will be a time and place for that. I want to do everything I can to get ready for this game”

All eyes will be on Daniel Jones, who is looking to show everyone that he can be the franchise quarterback for New York and earn a new deal as his fifth year option on his rookie deal was not picked up.

Will Saquon Barkley bounce back after three seasons filled with injuries, and no real offensive stability?

We will find out starting 4:25pm est on Sunday.

Kickoff in Nissan Stadium is set for 4:25 p.m. ET on Fox. Sunday marks the beginning of the Brian Daboll era for the Giants, the 20th head coach in franchise history. Daboll’s first game as an NFL head coach came against a familiar opponent in Tennessee Head Coach Mike Vrabel.

The two overlapped in New England from 2001-06 with Daboll serving as a defensive assistant (2001) and wide receivers coach (2002-06) and Vrabel playing linebacker.

The all-time series is tied at 6-6 between the two clubs. The Giants have a 3-3 record on the road against the Titans

The Giants are unknown going into 2022.

I don’t know if going against the team with the best record in the AFC  last season is a great measuring stick to start but we will learn a lot.

My prediction is 26-16 Titans with the GIants being in the game until the 4th quarter.