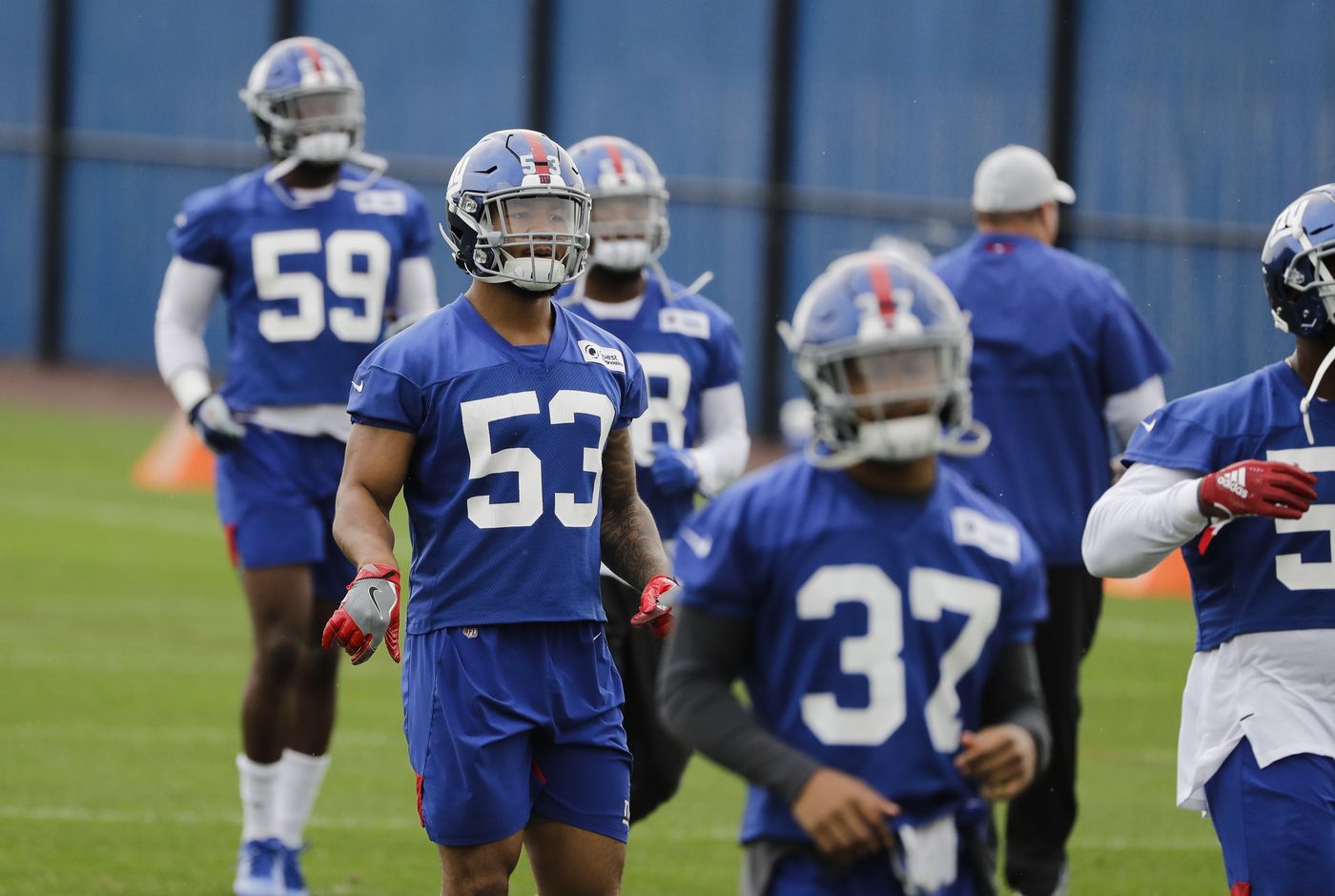 After a 5-11 season, the New York Giants continued the revamp the defensive side of the ball with young talented difference makers. Enter the X-man, Oshane Ximines who was picked in the third round of the 2019 Draft.

The Giants, having traded away Olivier Vernon, will look to Ximnes out of low-profile Old Dominion, because they think he can boost their anemic pass rush — even as a situational rusher this year.

“The things you’re going to see when you watch Oshane play is that he’s a high effort, high energy guy” said OLB coach Mike Dawson. “What’s impressed me about him since the day that he got here probably up until this point is just turning into a pro. The way he studies, the way he takes notes, the way he re-takes notes, and then he’ll go out and he’ll make a mistake a million miles an hour, I’m fine with that, and then he’ll come back and he’ll fix the mistake at a million miles an hour. So, that’s the most you can ask for from a guy.”

Dawson Continued, “I’m excited to keep seeing him progress. He’s doing a great job of kind of refining his tool box, as far as how the rush goes, and as he keeps honing those skills, he’s going to get better and better.

When asked who has mentored him since his arrival from New York. ” All the older guys have been helping me out, you know Lorenzo (Carter), Marcus Golden he told me about how it was in Arizona and I always ask him about his 12 sack season he had. Kareem Martin, he knows the playbook inside and out, so when I have a question about the playbook I ask him and he will have the answer for me right off the bat, and like I said Zo (Lorenzo Carter). He was just in my shoes last year so when I’m feeling down mentally I feel like he’s more the mental guy to help bring me back up”

The Jets and Giants hook up this weekend in their Pre-season opener this Thursday at Met-Life Stadium for their annual pre-season battle.