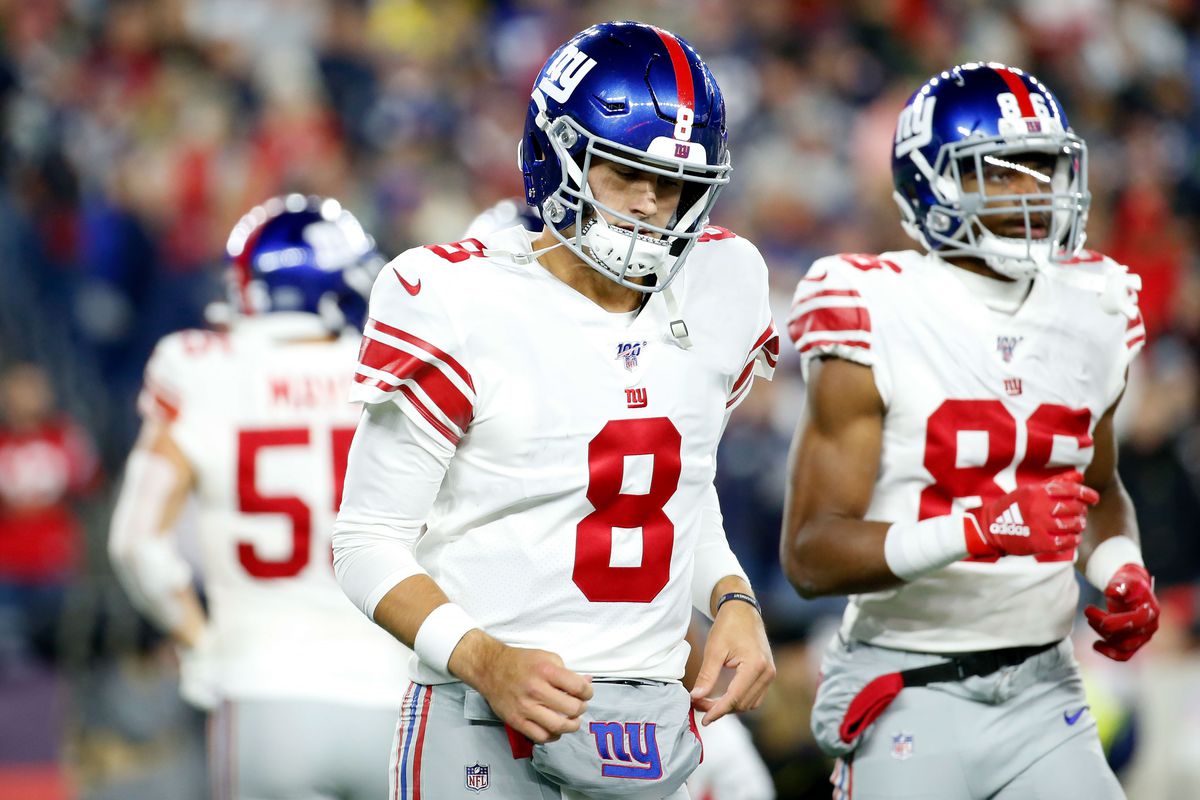 The New York Giants suffer yet another tough loss on Sunday, this time falling to the Detroit Lions 31-26. Was it all bad though? Yes, the Giants lost their fourth straight game and fell to 2-6. Can anyone not see that their young players are gaining valuable experience? Daniel Jones was solid yet again as he was able to bounce back from the rough outing against the Arizona Cardinals last week and threw for four touchdowns will completing 28 of 41 attempts for 322 yards, all career highs. The key factor he was only sacked three times compared to eight last week. Jones threw two of his touchdowns to rookie Darius Slayton and one each to tight end Evan Engram and running back Saquon Barkley. There was noticeable chemistry building on the field with Slayton and Jones as the two young players are sharing a bond of navigating the NFL waters as rookies together. The Giants had key contributions from Barkley who returned last week against the Cardinals though did not have an overwhelming impact. Against Detroit, Barkley totaled 143 yards (69 rushing yards, 79 yards passing) and one receiving touchdown. Rookie DeAndre Baker led the Giants with eight tackles and stepped looking solid compared to where he was mentally after the Buffalo and Minnesota games. Baker has been developing into the player that was worthy of being drafted in the first round. The list can go on… The reality has always been the same for these 2019 Football Giants, this season is not about 12-win season, a playoff berth or a trip to the Super Bowl. This is about growth and building. This is about Daniel Jones and other young players taking their bumps and gaining that experience with little repercussions. That is experience you will not be able to gain at this point. Yes, the players and coaches have to say the right thing: That they are playing to win games right now. Though everyone knows the truth. The truth is this franchise is heading in the right direction and that is up even if the path is bumpy right now. If you are a fan of the Giants, you get to watch the team grow from the bottom up. The key to rebuilding is to just have patience because it will be worth the bumps when this team heads into 2020 and beyond competing for the playoffs. That is what it’s all about, right? The Giants were without wide receiver Sterling Shepard (concussion), cornerback Corey Ballentine (concussion), linebackers Tae Davis and Devante Downs, offensive linemen Chad Slade and Eric Smith, and quarterback Alex Tanney