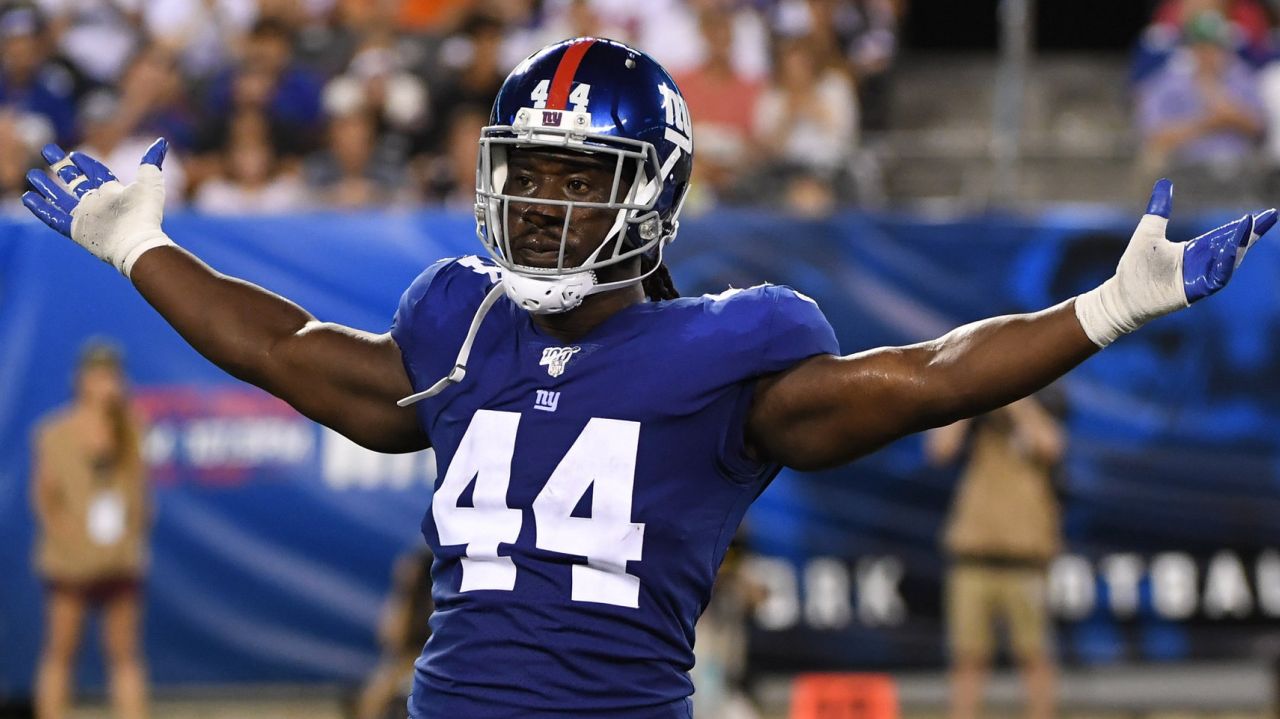 News from the New York Giants:

-Outside linebacker Markus Golden – whose 10.0 sacks in 2019 were more than twice the total of any other Giants defender – today re-signed with the team. Golden, who is entering his sixth NFL season, rejoins a group of outside backers that includes three-year veteran Lorenzo Carter and second-year pro Oshane Ximines – who tied for second on the team with 4.5 sacks last season – free agent acquisition Kyler Fackrell, who had 10.5 sacks for Green Bay in 2018, and 2020 draft choices Cam Brown and Carter Coughlin. Golden has 29.0 career sacks. Carter, Ximines and Fackrell have a combined 29.5 sacks.

-The Giants removed one player but added another to the reserve/COVID-19 list. Wide receiver David Sills, who was added to the list a week ago today, returned to the team. Second-year linebacker Josiah Tauaefa was placed on the list.

Four of the released players have regular-season experience – running back Jon Hilliman, linebacker Chris Peace, safety Rashaan Gaulden and cornerback Shakial Taylor, who was awarded to the Giants off waivers on Tuesday. Also waived were four rookie or first-year players, including quarterback Case Cookus of Northern Iowa, fullback George Aston of Pittsburgh, and linebackers Oluwole Betiku, Jr. of Illinois and Dana Levine of Temple.

WR Da’Mari Scott informed the team he will opt out of the 2020 season. Scott is the second Giant to opt out after tackle Nate Solder announced on Wednesday he, too, will not play this year.

-The exact position has yet to be determined but it seems likely that Nick Gates will be part of the Giants’ new-look offensive line.

That point became clearer today when the Giants signed Gates to a two-year contract extension.

A 6-6, 318-pounder, Gates is arguably the team’s most versatile lineman. He started games at right guard and right tackle last season, started 25 consecutive games at left tackle at Nebraska.

Sexism in Sports and Society
Rundown 8.13.20 – Clippers Clinch the No. 2, Gonna Be a Shootout Tonight for the No. 8