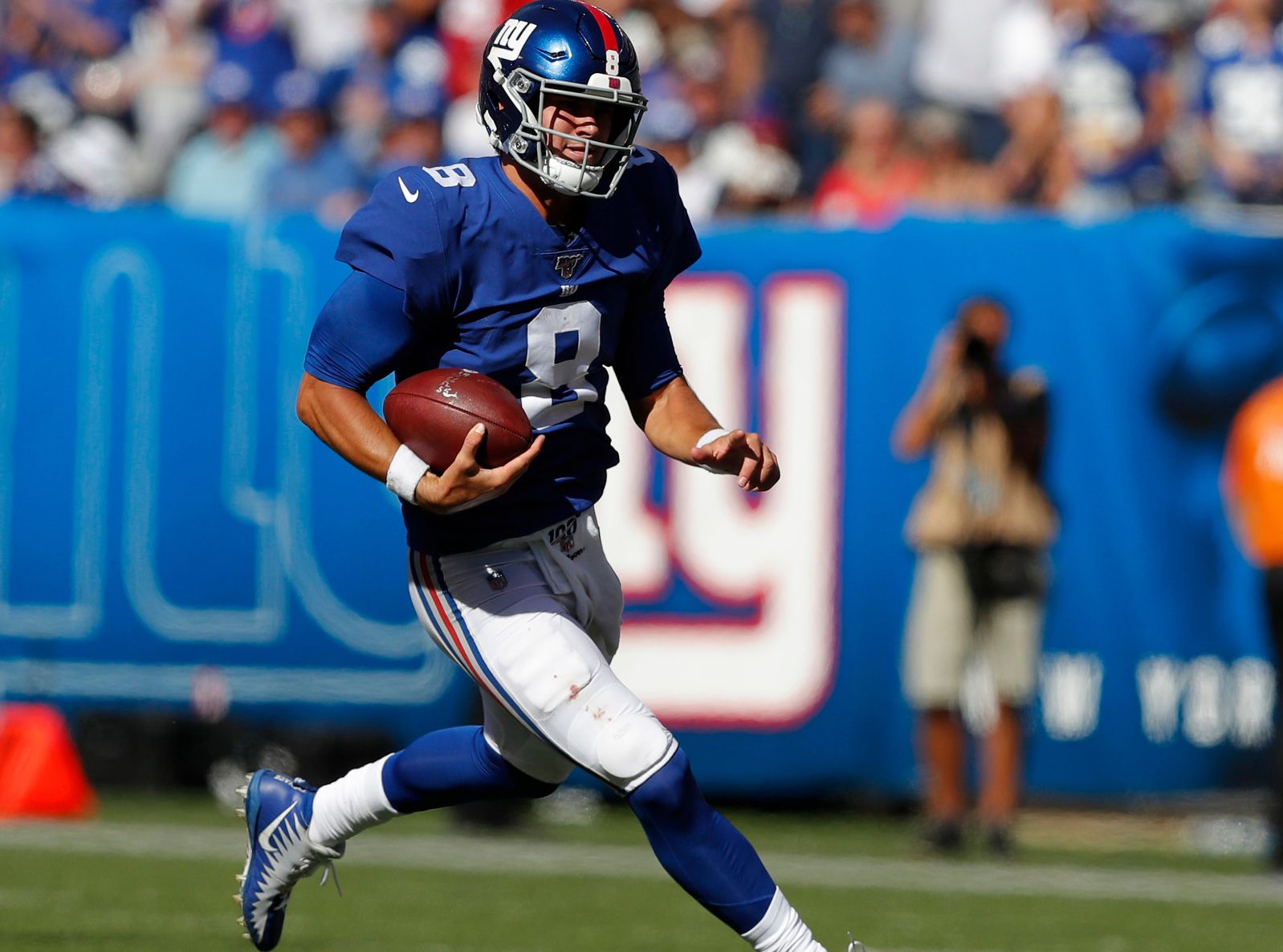 There were a lot of questions that would be answered after Sunday’s Giants-Vikings game which would determine of this team was a contender or a pretender. Sadly the truth hurt today as the Giants fell and fell hard to the Vikings 28-10.

The Giants were winners of their previous two games, fell to 2-3 on the season and 1-2 at home. Big Blue has a quick turnaround with a game Thursday night at the defending Super Bowl champion New England.

Here are some takeaways as we will dive in on Monday with more reaction!!

New York struggled on both sides of the ball as the lack of a running game put more pressure on rookie QB Daniel Jones. This was the teams loss with Daniel Jones as the starting quarterback. Jones completed 21 of 38 passes for 182 yards, one touchdown and one interception. He was sacked four times for 35 yards in losses.

Jones had two opportunities to hit Sterling Shepard for two long touchdown passes. Both were a little out of Shep’s reach.

Coach Shurmur was asked if there were positive takeaways on close end zone opportunities which he said in a as many words no.

“When you get down there, you have to score” Said Shurmur. If we play these guys again, there’s a handful of things I might do differently. It’s not going to change my sleep pattern knowing that we played against a good defense. That’s a bullshit mentality. We’re out there to win games, regardless of how good the team is.”

The offense can go back and cringe knowing there were opportunities which they could have back. That is every week though isn’t it?

Coach Shurmur may not realize it but positives were seen on the field on Sunday on the offensive end. they were not glaring though.

-The return of Golden Tate adds another weapon on the field for Daniel Jones to target. Being a veteran in this league Tate brings more then a heavy stat sheet to the table.

“Ultimately, I think if we just do our jobs each play, we will be in a better situation. Just stay ahead of the sticks, capitalize on their mistakes and I think this game goes a little bit better. I thought there were a few plays that were just missed opportunities early. It’s tough, but we just have to flush this one very quickly because it’s a quick turnaround going against the defending champs in Foxboro.”

-The improvement of Darius Slayton has not gone unnoticed. Slayton who has had to deal with nagging injuries over the training camp, has come out and performed very well over the last three games.

Slayton scored his first career touchdown on a 35-yard pass from Jones with 12:08 remaining in the second quarter. Slayton beat Xavier Rhodes on the play. He finished with a team-high 62 yards on four catches.

The Improvement has been noticed by his teammates such as Shepard and Tate.

“I think he’s getting better each and every week” said Tate. “Obviously, we have a lot of confidence in him being in early, late in the game when things need to happen. He obviously came up big with that big touchdown pass, that’s a hell of a route by him, great throw by DJ and incredible catch. He’s impressed me for sure and we just want him to keep being him. We brought him here to make plays and use that speed and if he just keeps doing that, I think he’s going to play in this league for a long time.”

Wayne Gallman started his second straight game at running back because Saquon Barkley was again inactive with an ankle injury. But Gallman carried just twice for 14 yards before leaving the game with a concussion. Rookie free agent Jon Hilliman, playing in his second NFL game, led the team with 20 rushing yards on nine carries. Eli Penny, the only other healthy back, had 15 yards on three attempts. Hilliman and Penny each had one reception.

“Obviously Wayne going down is tough to see and you hate to see it” said Daniel Jones. “I thought Jon and Eli stepped up and played well with their opportunities. I’m not sure it changed a whole lot in terms of what we were doing. “

The Vikings led by QB Kirk Cousins, took apart the Giants defense with a solid mix on the offensive side of the ball.

Cousins threw two touchdowns to Adam Thielen, Dalvin Cook ran for 132 yards and the Vikings made life miserable Jones and the Giants in every way possible in a 28-10 victory Sunday.

Cousins completed an amazing 22-27 for 306 yards and two touchdowns both to Thielen.

Theilen had 7 receptions for 130 yards as well.

The Vikings defense limited New York to 211 yards, sacked Jones four times and hit him countless other times. The Defense also chipped in with a safety when linebacker Anthony Barr tackled Jon Hilliman in the end zone after New York recovered Cook’s fumble at the 1.