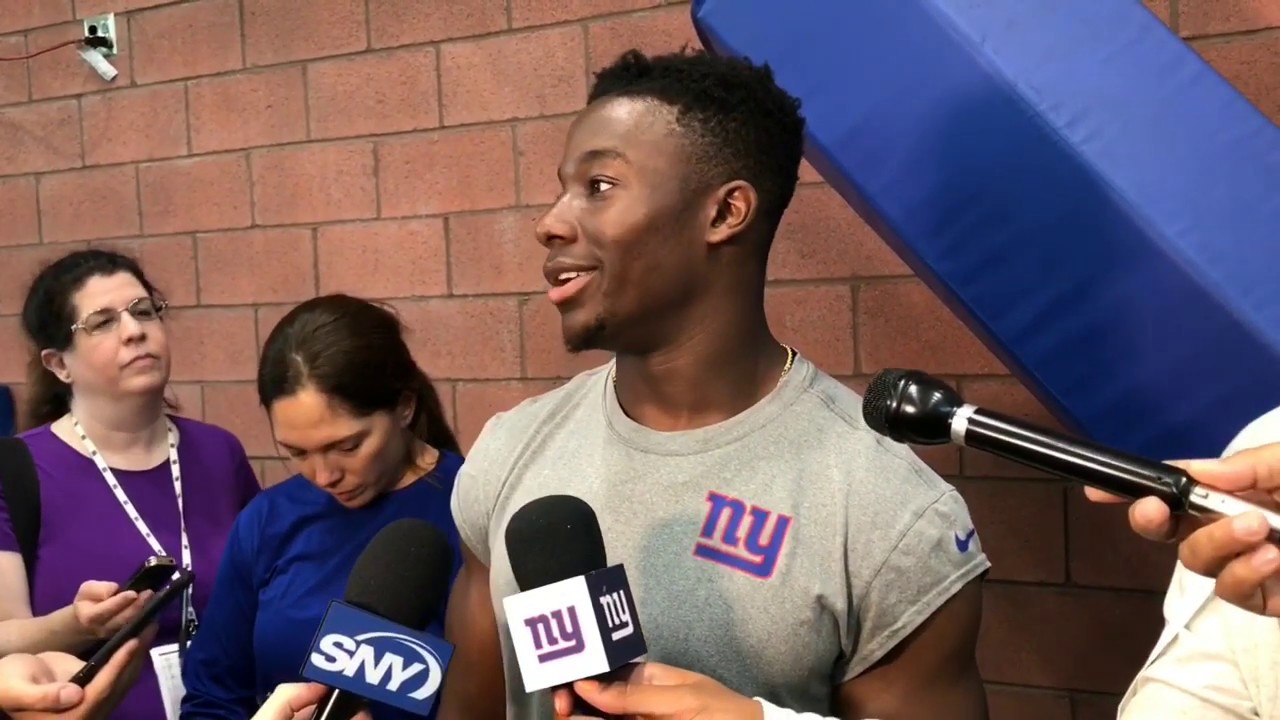 One of the underlining the stories for the 2019 Training Camp has been the play and mental recovery for Corey Ballentine. The rookie cornerback was injured in a shooting in Topekia the day after the draft while attending an off campus party.

The shooting took the life of friend and former teammate Dwane Simmons. On July 12, 18-year-old Francisco Alejandro was arrested and charged with first-degree murder.

Ballentine, who was selected in the sixth round has had a pretty eventful camp on the field over the last few days. His growth included an interception on fellow rookie Daniel Jones on Saturday during a scrimmage.

” It felt good” Ballentine explained. “I feel like I’m finally starting to get somewhere. I came in the spring a little late to mini-camp and all that stuff, so learning the plays I was kind of behind the eight ball, and I’m also learning the nickel and corner, so two positions at once, and now I feel like I’m finally starting to move forward, and now I’m making plays, and it was just kind of rewarding to know that the hard work and the long nights of staying up is paying off.”

The sixth overall pick vs. the sixth-round pick has been a source of good competition, not to mention some good-natured entertainment as the Giants continue their march toward Thursday’s preseason opener against the Jets at MetLife Stadium.

As Corey has been growing into being a pro on the field, he looked back at the situation he was in and finds himself grateful as he explained to the media.

“It’s been a lot of highs and lows” Ballentine explained. “Trying to stay focused on football now, but everyone kind of knows about the situation I was in. I don’t want to speak on it too much, out of respect for my friend, I’ve been kind of dealing with it on my own, the Giants have been helping me.”

“I have been seeing therapists, and I just kind of realized I can’t keep myself in that mental space” Corey continued. “I’ve got goals to reach, and come and help the team win, so I’ve got to do my own thing and keep progressing. Life’s not going to wait on me, so I’m just going to keep doing my thing.”

The Giants gave Ballentine all the time and space he needed to recover, physically and emotionally, and the rookie corner missed many of the spring drills. Ballentine said it took time for him to focus again on football. But he knew he had to devote his energy to the game if he was to give himself a chance to make the team.

Asked if they still talk about the shooting, Shurmur said, “No, we’ve moved on from it. It’ll always be a part of who he is, but we don’t talk about it.”