Big Blue Report: The Next Steps.. 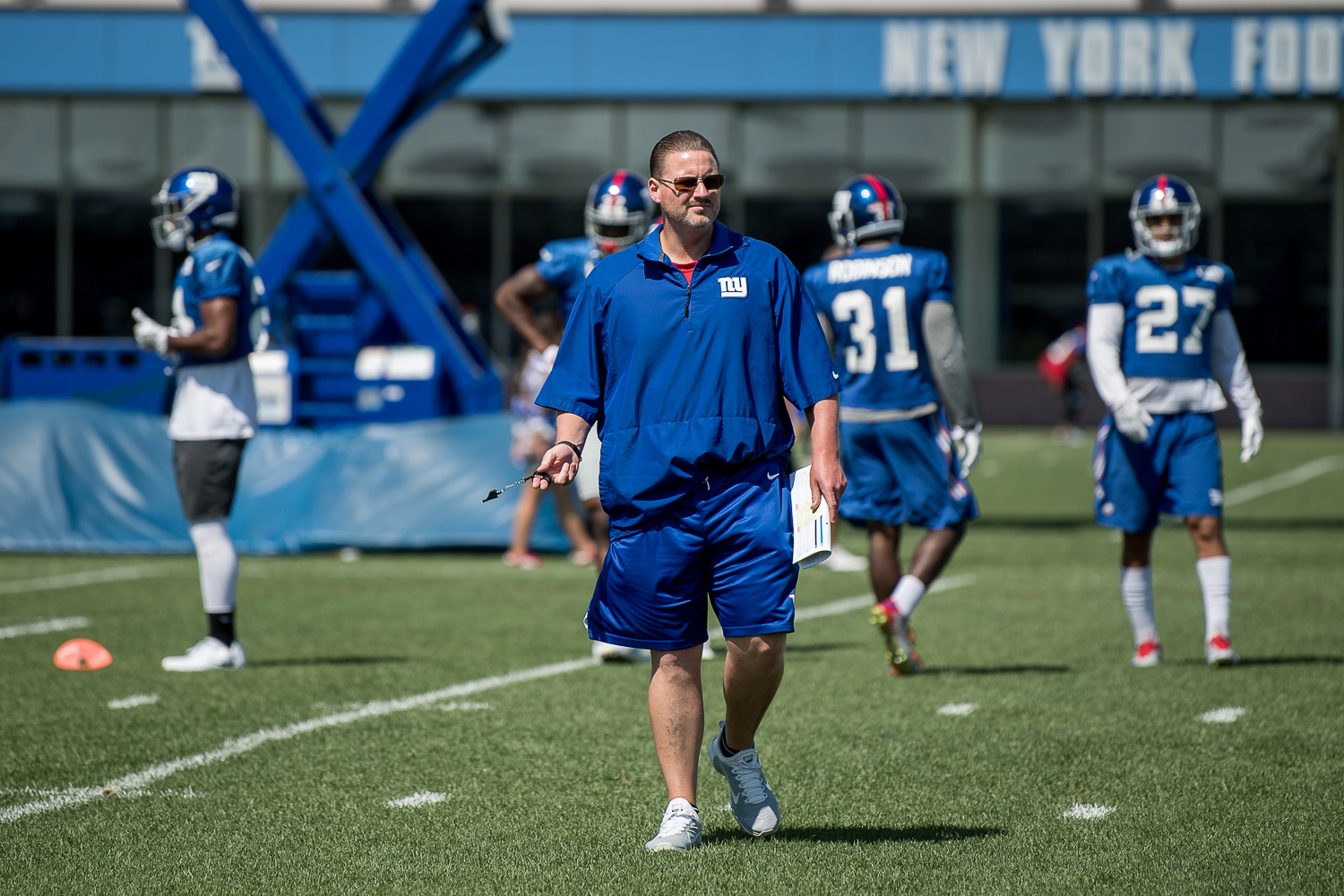 The backup QB position is still too close to call. Coach McAdoo addressed the battle between Geno Smith and Josh Johnson on the conference call earlier today. “They both graded out high. They played well. Again, it’s going to be a tough decision but we are going to let it play out. We weren’t going to rush to any decisions. We’re continuing the evaluation process today and we’ll make a decision tomorrow.”

This is a little different from years past as the Giants were gradually able to cut down their roster to that magical 53. McAdoo saw this as a positive challenge. “Well, I think it’s challenging because we feel that we have more than 53 who can play. That’s what’s going to make it challenging for us. We like where we’re at from a roster standpoint. We feel we have some depth, we had some good competition and at the positions we needed to see a lot out of last night, they stood up and they played and they competed. It was exciting to watch and it made our job even harder, but that’s good. That’s a great problem to have.”

All Eyes on Dallas:

Dominique Rodgers-Cromartie was featured in a conference call to the media today and was asked why the defense is for the beginning of the regular season. “ I would just say the mindset of the guys in the room. I think everybody knows what’s at stake, but for the main part, we spent a year together. We’re bringing back mostly all the pieces and we spent a lot of time together and we gel well. The few preseason games that we did all play together, I think it was kind of lights out. Went out there and did what we’re supposed to do. But you’ll be a little bit hungrier come Sunday.”

With the Giants opening their season in Dallas against the Cowboys on September 10th, the defense is not looking at the Ezekel Elliot’s situation at all. DRC was asked if Elliot plays would it change the preparation. “No because it’s still the same scheme. You can’t forget about Alfred Morris and the things that he does. I think his role is diminished a little bit now that they’ve got Zeke and [Darren] McFadden, but those guys are still really good backs. So, I don’t think their scheme changes much.”

Justin Pugh acknowledged today how important a victory next Sunday night is as like last season could set the tone. “It was huge for us. I think if you look back two years ago, we lost to them in similar circumstances. We didn’t do the right things and we kind of blew the game two years ago. Then last year, we were able to go back down there and win the same type of game – a close, contested game. So, the goal is to go out there and not make it as close, get a lead and let our defense get after their offense and kind of make them one-dimensional, see if they can drop back and throw it.”

We will have more coverage of the all the roster moves and preview the upcoming Giants season this up coming week!!