Big Blue Report: They Said It!! 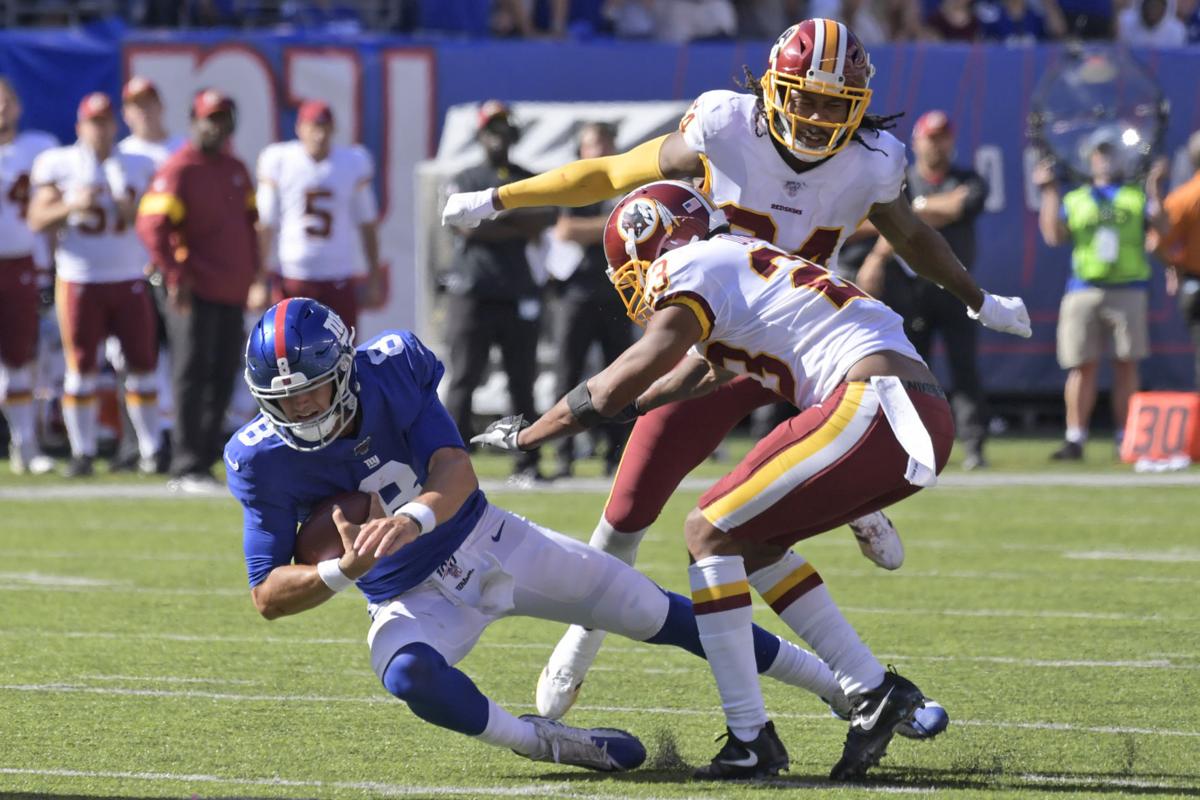 What were members of the Giants and Redskins saying after todays game?

Will Hernandez On the Offense Playing with Out Saquon: “The way our offense is designed, we have to score points no matter who’s coming. Obviously, we want Saquon (Barkley) in there, we hate to see our guys hurt. But either way, talking from an offensive lineman standpoint, we’re going to go out and go 100% no matter who’s back there, no matter who’s in, who’s out. We’re going to keep coming and coming. Apart from their abilities being different, we all have the same mindset “

Evan Engram on Being 2-2 : “It’s 2-2. We wish we were 4-0. It’s definitely good the way we fought back after being 0-2. Like I said, can’t be satisfied or complacent. Just have to continue to get better and keep stacking wins.”

Markus Golden On Causing Turnovers:  “It’s big. Any time you can stop them from getting points and take points off the board from them or take the chance from them to score a touchdown, that’s big time because the offense can come out and get a touchdown and go up by even more. That was big for us.”

Redskins Coach Jay Grudan On Starting 0-4: “Well, we’re 0-4 and you’ve got two options–you can hang your head, feel sorry for yourself, or you can come out and battle your ass off next week which I know we will. We’ll come out and be in a battle. It’s unfortunate, nobody saw this coming like this, I sure didn’t, but here we are. So, reality has set in the last few weeks. I know our guys are hungry, they’re great guys, they want to play well, they want to do well, they’re going to work at it, we’re going to coach hard at it, and we’re not going to give up. We’re not going to quit, we’re going to come out and give New England our best shot.”

Adrian Peterson on the Referees: “To me it dates back to last year. They’re still holding a grudge against the Redskins? Deep grudge? It’s ridiculous. Markers were flying everywhere. I can’t even explain it.”

Jabrill Peppers on the loud crowd at Metlife Stadium:  “I couldn’t even hear it, I was just so zoned in. That was the first one of my career, I tried to do the wall hop but I was little tired, I couldn’t quite make it. It was great that we could make a big play like that on defense. Help the offense, spread the margin out a little bit, and we kept playing phenomenal defense after that. We just have to keep this going.”

Daniel Jones on being 2-2: I think it’s equally as exciting. Just to win is always a good feeling, and to win at home is a great feeling. They were definitely two different games, and they played out differently. But a win is a win. Like last week, we’ll look at it and improve from it. But it’s exciting.

Wayne Gallman on the difference in the locker room the last two weeks: “Difference? I would say just preparation and practice. Just not goofing around. Keeping the main thing the main thing and just striving to get better each week, so you know everyday throughout the week I can only look at my teammates and after every practice, I know that we got better. ”

Dwayne Haskins on growing up a Giants fan while playing against them: “I talked to Eli after the game and I just told him how much I appreciated watching him since I was eight years old. I grew up here and lived an hour away from the stadium. [New] Jersey still runs deep in my blood and it allowed for me to be out there and some of my family was here.”

Landon Collins on the returning to the Metlife: “Emotions were cool. I’m happy where I am. I’m excited. I love these guys I’m around. I’m not stepping on any eggshells. I’m myself. These guys over here, they love me. They respect me. They see me as a captain and a role model, so it’s awesome.”

Janoris Jenkins on his bounce back game: ” I just played football, man, like I told you last week. Ain’t no pressure; you have games like that. I came out this week and worked in practice, critiqued what I did wrong last week, and I came out and played football.”