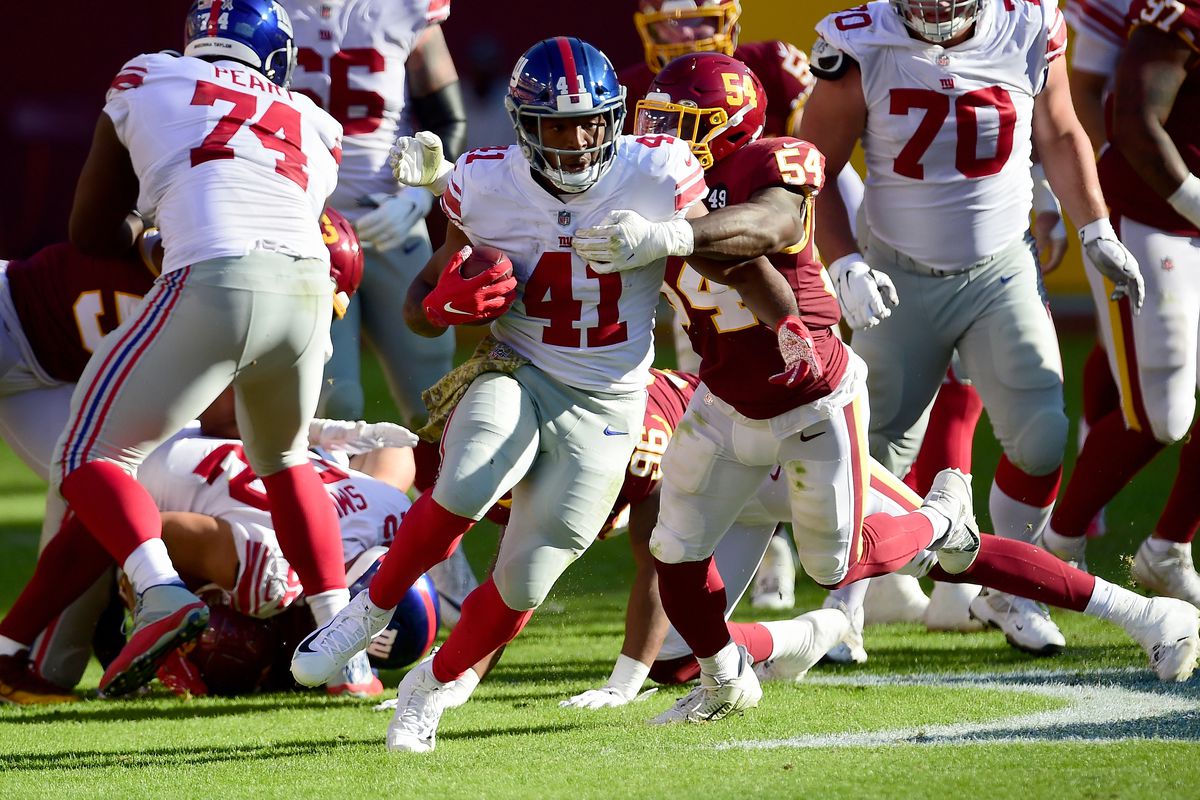 The New York Giants welcomed themselves back to win column this past Sunday with a 23-20 victory over the Washington Football team. This marks only the second victory of the season for Big Blue.

Both wins come against their division rival Washington. In fact, New York is undefeated in the Daniel Jones era against Washington.

The Giants swept the season series for the second year in a row and won their fifth consecutive game against Washington. That is the Giants’ longest winning streak against their division foes since they won five in a row from 2013-15.

Here are some key take Aways from the win:

“I think that that’s been a focus of mine and you obviously know the importance of hold on the ball and the defense did a great job today coming up with five turnovers and on offense, we’re able to protect it today and that was a you know a big advantage for us” said Jones. “Those are big plays in the game and I’ve got to do a good job of holding onto the ball.”

Over 40 turnovers in 22 games is something that raises a lot of question and when Daniel can control the ball the team will find away. This year has been tough to the point where media was questioning Coach Judge on if Jones should be benched. Judge stated “NO!!”

Jones completed 23 of 34 passes for 212 yards, one touchdown – a 16-yarder to Evan Engram – and no interceptions. It was the second game this season in which he did not throw an interception (also at Dallas on Oct. 11)

Golden Tate has been the center of Attention for the team especially after last Monday’s loss against Tampa. Tate had a family member go off about the the Giants not including him more in the offense.

Tate was inactive in Sunday’s win against Washington and the general sense is that Big Blue did not want to handle this matter publicly.

Jabrill Peppers stated “That situation was handled in house.”

While Evan Engram just stated that it was a shame he was not here. “It was unfortunate not to have him today, but Austin Mack and a lot of other guys stepped up today. We just had to answer the adversity of not having one of our play makers and go out there and compete and win the game. “

3. Logan Ryan Playing For So Much More

A story broke over the weekend that Logan Ryan followed the advice of Justin Maher, who is a trainer for the team to take his wife to the hospital to stop internal bleeding which eventually cost the life of their unborn child.

Ryan intercepted Alex Smith to clinch a 23-20 victory for New York on Sunday.

“Obviously, there’s a story behind everything, you guys know I try to story tell up here. It was an extremely emotional week, as you guys know from the last time I talked to you all, with my wife” said Ryan. “Extremely grateful to the organization and to my wife. She’s a fighter, to not lose her there in that situation is very fortunate. At the same time, my wife and I mourn in silence of our lost child during that process, too, so we had a loss, as well. Although it’s a great story, it was an emotional week for me and her, and that game was definitely for my wife, definitely for my family. I had her name written on my cleats and just extremely grateful that I have a great wife. That ball is for her, she told me to bring one home for her, so I was able to do that. believe.”

If Nets’ Free Agents Walk, These Four Could Save Them
Sorting Out the Light Heavyweight Division