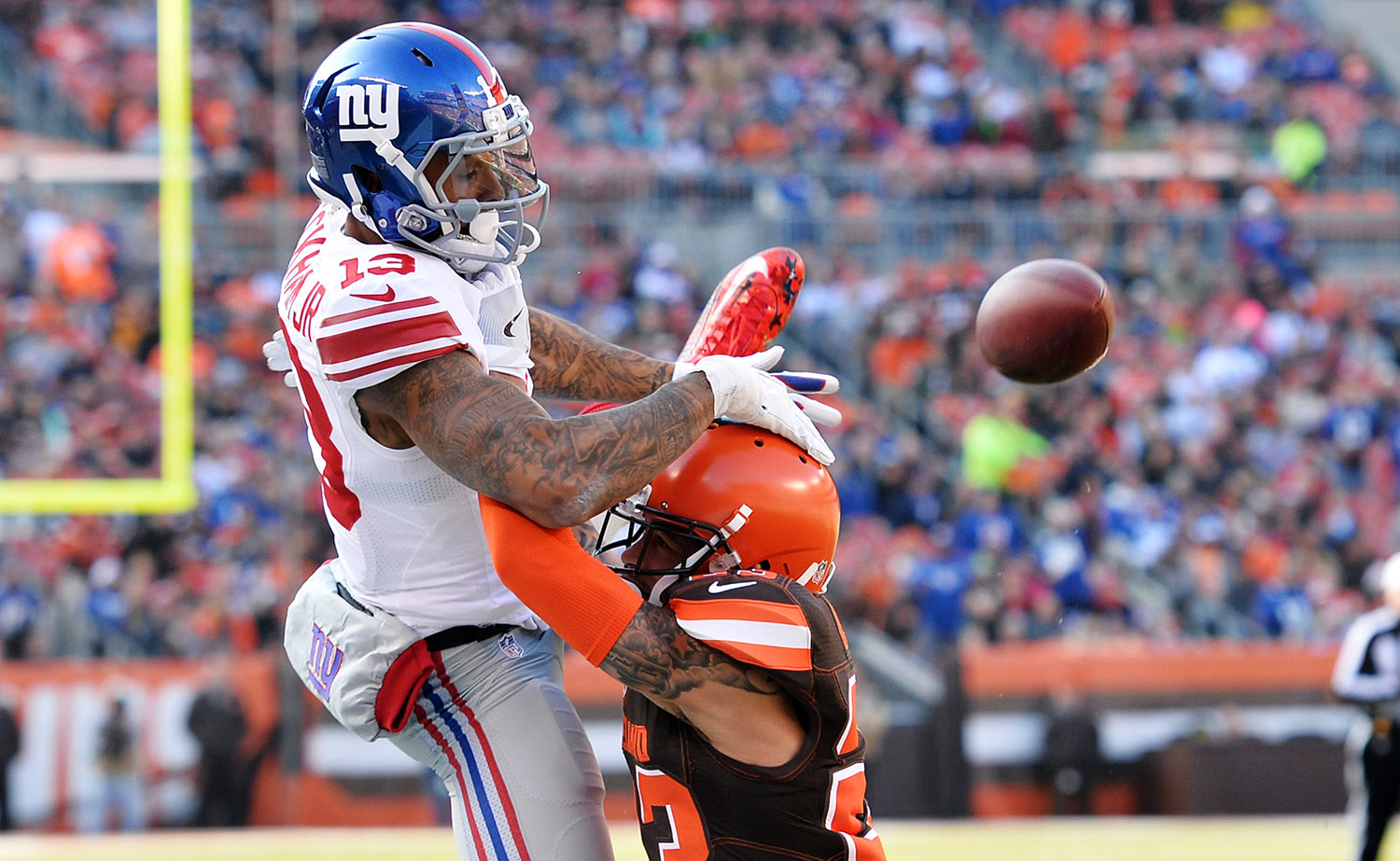 GIANTS PREP FOR THE BROWNS

The New York Giants are now looking for their first winning season in five years with a victory over the Cleveland Browns. The Browns are the worst team in football as they remain winless for 2016 season. The Giants are heading into the Cleveland knowing they are controlling their destiny but also know this has the label of a trap game.

Coach McAdoo is not taking the Browns lightly and acknowledged their strengths. “Cleveland, they’re a young, hungry team. Lost a lot of close ballgames. A handful of them. Defensively, they’re fast and multiple. They have difference makers at each level with Shelton, Collins and Haden. Their corners are playmakers. They have eight INT’s.”

“Offensively, they’re creative with their personnel and their schemes. Both backs, Crowell and Johnson, have big-play ability both in the run and pass game. McCown is a pro and he’s going to be ready. He knows where to go with the football. They have four talented perimeter players, all with unique skill sets and sizes. Thomas anchors their offensive line.”

“Special teams, they’re an aggressive unit with a history of fakes. Alexander and Schobert are good on the coverage teams, and Johnson is a shifty vertical returner.”

Browns Head Coach to Hue Jackson stated that his team had not stopped fighting even with a winless record. “The team has been great. The guys have come in every week and I haven’t seen a difference in them as far as work ethic, their mindset or how we go through our process. They’ve really done a good job and I attribute that to the leaders of our team. They’ve done a good job of taking care of business in our locker room so that we can give ourselves the best chance to go play games.”

Giants will visit the Browns at 1pm est.

The Big talk this week had to do with the two year anniversary of the catch Odell made against the Dallas Cowboys. The catch gave Odell a lot of attention and put him on the map a big time receiver in the NFL

Odell reacted on Wednesday.  “I really just think about how it changed my life forever. In a sense, it kind of put a shadow over everything else. It is a moment that happened and it was a good moment for me. I think about it in retrospect but not really on a daily basis.”

Eli had another strong game against the Bears as he threw for two touchdown passes and was 21-36 for 227 yards. On Tuesday Eli was more focused on the team success and focusing on a possible playoff run. “It feels good. We’re winning football games and doing some things well. We just have to stay hungry and keep competing. Keep working on getting better each and every week. We just have to stay the course. Definitely room for improvement. We’re not scoring, from an offensive standpoint we can score more points. We can finish games a little bit better. We’re doing a lot of good things and we have to keep that going.”

Rashad Jennings was clearly fired up on Sunday. Jennings finally got into a groove as he was able to carry the ball 21 times for 84 yards and rushed for one touchdown. This has been progress as the Giants running game has struggled all season long.

Jennings was asked about his game last week and his style of play. ” I love to work. I am built to work. But more importantly, we got a win and however I can contribute, whether it is blocking the blindside, protecting E (Eli) or catching out of the backfield, I am built for that, so we just have to keep focusing and keep on growing as a team and find ways to close the game with the ball in our hands like we want to.”