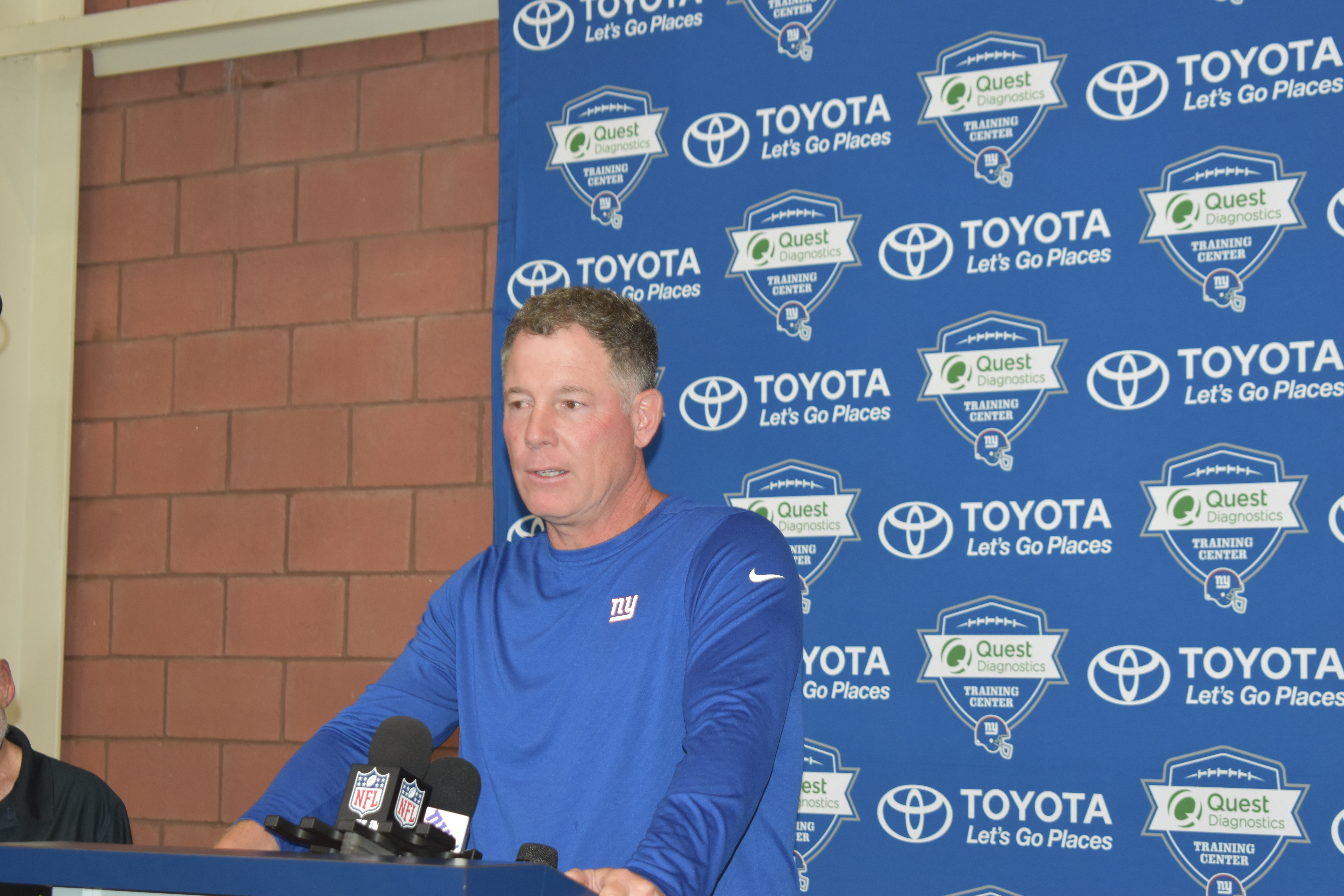 The New York Giants returned from their bye week on Monday to begin prepping for the Chicago Bears. The team hopes to finish strong after a rough 2-8 start.

The question of the day at the Quest Diagnostic Center focused around injuries. Pat Shurmur faced that question during his media session especially about Sterling Shepard and Janoris Jenkins who are in the leagues concussion protocol.

“They’re still going through it, so we’ll see what the week brings. But we’re encouraged that they’ll make it through” said Shurmur.

The other Giant that gained attention was Evan Engram, who had been in a walking boot over the last several weeks. Engram addressed the media on Monday to discuss his condition.

“I’m feeling really good, progress is going along really well. The trainers are doing a really good job, it’s definitely on the upward trend of getting back soon” Said Engram.

Engram also discussed how important winning and finishing up the season strong is for this team. ” It’s huge, it’s football, this is what we do. Our record is not where we want it to be. We still have six games left. Six opportunities to go do what we love, go do it at a high level, and go do things that we plan on doing each and every week. Obviously, our record is tough and not where we want it to be, but we have six more opportunities to go play winning football, and we’re going to take advantage of that.”

Most of all the message from Monday was expectation levels for the remaining six games. Multiple players chimed in including Leonard Williams who feels this team needs the winning feeling immediately.

Golden Tate echoed those same feeling on the importance of getting win this Sunday.

“I think we really need a win” Tate discussed. “For me, I haven’t experienced being in a locker room hungry for a win yet, which is unfortunate. Not how I kind of imagined this going. But I think we’re all hungry for a win each and every week. We’re going to get it”.

We will start having full coverage of the Giants-Bears this week.