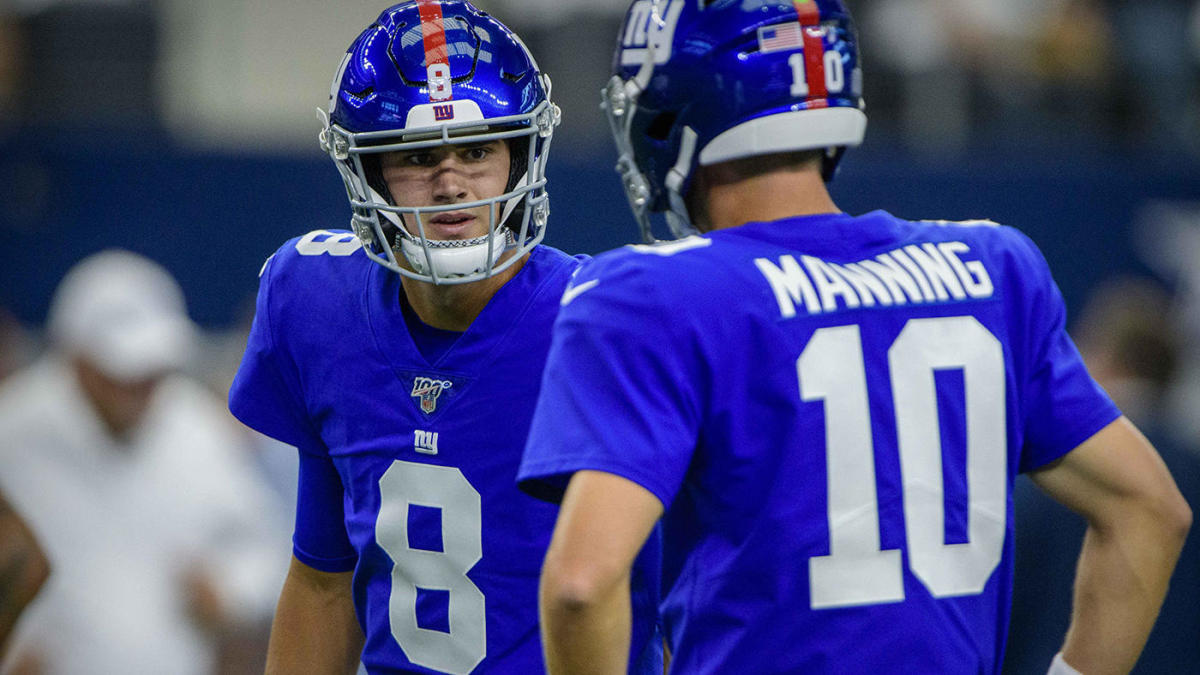 Daniel Jones has the best of both worlds right now. After leading the team to victory in Tampa, Jones now prepares for the division rival Washington Redskins this Sunday at Metlife Satdium.

A very telling picture of Sunday’s debut for the rookie was the support 16 year veteran Eli Manning showed to Jones from the sideline. Between words of encouragement and fist bumps, Eli showed no bitterness of knowing he was not on the field for the second time in 16 seasons.

“He (Eli) was very involved” said Pat Shurmur. “He was very involved in a way that I would expect any backup to be. He was there… Listen, we were all there in support of Daniel. Me trying to give him the right plays and the people off to the side trying to give him the right advice. It was actually a really good situation for Daniel. Can you imagine being in your first start and sitting next to a guy that’s done it for over 15 years, and done it at a very high level? That had to be very reassuring for Dan.”

Teammates of Daniel Jones felt the same way and excited for Daniel to have that type of mentor on the field and in the trenches of battle. Evan Engram approached it and stated the same way coach did during his media session on Monday.

“He was a big soundboard for Daniel” Said Engram “There were a lot of tough situations we got in, some adversity, we fell behind, and (then) through some good things, he made some good throws and good plays, he was that supportive soundboard. Obviously, Eli has been through pretty much everything, and he was a big help for Daniel through the good and bad.”

Manning as usual has said and done all of the right things since the change has been made at quarterback including joke with reporters about running the scout team the right way. Most of Eli wants to be a good teammate the same way Kurt Warner was to him in 2004.

“I think you’ve got to handle it” Manning stated during his media session last week. “A lot of guys have been backups, and you’ve got to prepare. You might not get every rep, but I think when you have a lot of reps under your belt and have played against a lot of types of systems and know the system well, I’ll be ready. I think when you’re helping someone else get prepared, it prepares you in that sense.”

Manning made it clear that he feels he still has plenty of football left in him and will decide the future at a later point.

The next big question will be the last home game of the season, does Eli get the start assuming the Giants are out of it?