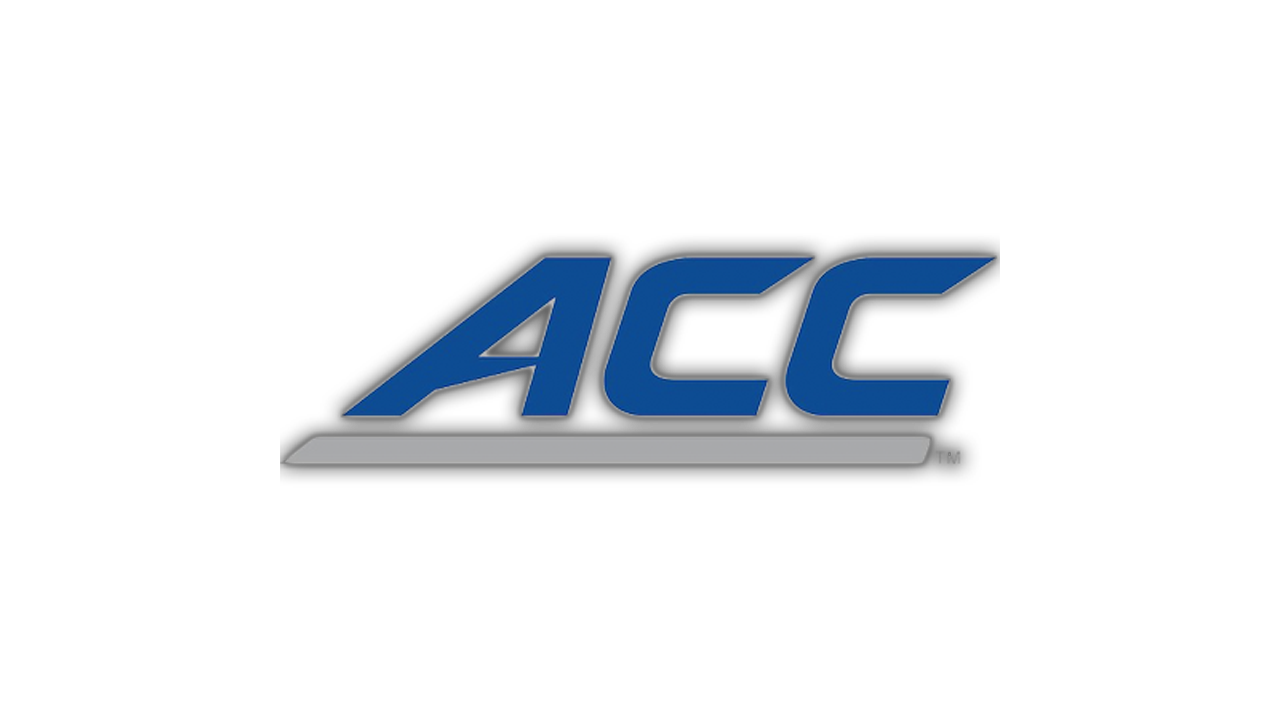 With only two weeks left until the B1G starts, this college football season is really shaping into form. We are able to separate the contenders from the pretenders. With four match-ups between ranked teams, this weekend should be a blast. On top of the big match-ups, some Heisman hopefuls need to have a statement game, with Justin Fields taking the field versus Nebraska in two weeks. This weekend should be one to remember, so let’s dive right in.

(4) Florida at (21) Texas A&M: Coach Jimbo Fisher and his Aggies got dominated in Tuscaloosa last weekend. They struggled to score falling to the Crimson Tide 52-24. For Florida, we are at a point in the year where the two Kyle’s (Trask and Pitts) need to have statement games if they want to stay in the race. It will be tough for Pitts to stay in contention, because the guy throwing to him, Kyle Trask, is also competing for the Heisman. Either way expect A&M to keep it rather close until halftime, then Trask, and the Gators will step on the gas pedal to leave College Station with another big win. Prediction: (4) Florida 41 (21) Texas A&M 27

(19) Virginia Tech at (8) North Carolina: There will be no “Enter Sandman” to get the Hokies pumped up this week versus the Tar Heels. This game is taking place in Chapel Hill, North Carolina. Mack Brown has seen up and down play from true sophomore quarterback Sam Howell. The signal caller for the Heels only has three touchdowns on the year to go with three interceptions as well. The Heels have gotten some help in the running game from Michael Carter, who has 199 yard rushing on the season. Virginia Tech on the other hand, pounds the rock to control the tempo of the game. Hokies running back Khalil Herbert has 26-carries for 312-yards and three touchdowns. On the defensive side of the ball, this isn’t Frank Beamer’s Virginia Tech anymore. The defense for Tech is allowing almost 28 points per game, which is very unlike a Virginia Tech defense. The Tar Heels are only giving up 14 points per game, so this game should come down to the wire. When time expires in Chapel Hill, we will see the Tar Heels wiggle their way to victory. Best part about that? Mack Brown Dancing in the locker room! Prediction: (8) North Carolina 27 (19) Virginia Tech 23

(14) Tennessee at (3) Georgia: Is Tennessee back? Most people will still say no, and this week will be a big challenge to see how good Tennessee really is. As we talked about above, Georgia has some question marks on offense, but their defense is reminding people of the ’85 Bears. No, just kidding, they aren’t that good, yet. Jeremy Pruitt and his Volunteers will make the tough trip to Sanford Stadium in Georgia, to take on the Bulldogs, between the hedges. Georgia has had a good line of luck the past two weekends. They hosted Auburn last weekend, and this weekend they host a streaking Tennessee team. The Vols are led by signal caller Jarrett Guarantano, who’s thrown for almost 500 yards on the season, with only two touchdowns. However, the Vols have a dynamic backfield with running backs Ty Chandler and Eric Gray have rushed for over 300-yards and three touchdowns. Tennessee will have a tough time running or passing, considering how good Georgia’s defense it. Look for this to be a game a lot like last week’s Auburn game. Georgia’s defense, led by Richard LeCounte and Nolan Smith, will not give up ground easily. While the passing game is still a question mark for Georgia, they should win this one easily. Prediction: (3) Georgia 31 (14) Tennessee 14

The Biggest Game the ACC Has Seen Since 2012

(7) Miami (FL) at (1) Clemson: If all teams were playing already, including the B1G and the Pac-12, it’s doubtful that Miami would be ranked this high. However, the Hurricanes might be for real this year. It’s likely they would be ranked nine or ten if Penn State, Ohio State, and Wisconsin were all playing. The Hurricanes got a gift in the off-season as former Houston quarterback D’Eriq King, entered the transfer portal and chose Manny Diaz and the ‘Canes. King needs to work on his accuracy a little bit, but so far this year he’s been ultra effective. He has 736-yards passing to go along with six touchdowns. As we talked about earlier, running back Cam’Ron Harris has been a force early in the season. He has over 300-yards rushing and five touchdowns. On the other side of the ball for the Hurricanes defensive back Gurvan Hall, defensive lineman Quincy Roche, and defensive end Jaelan Phillips are all play-makers for head coach Manny Diaz. However, with that being said, its very likely they haven’t seen an offense as good as Clemson’s. Head coach Dabo Swinney is at it again. Year after year, the Tigers are dominant in the ACC. This year however, Miami could push the Tigers to the brink. As we talked about above, Trevor Lawrence is a bona-fide Heisman contender. Travis Etienne has started slow, but he’s still one of the best play-makers in all of college football. Amari Rodgers seems to be Lawrence’s favorite target early on in the year. He is an explosive wide receiver who has over 200-yards receiving and three touchdowns. Is Clemson the better team on paper? Yes. Should Clemson cruise through this match-up? Yes again. However, with Clemson, Florida, and Georgia all facing tough tasks this year, one of them has to lose on Saturday, right? My best bet would be Florida going down because their defense is shaky. However, hate me if you will, none of those top-five teams will take an L on Saturday. Prediction: (1) Clemson 41 (7) Miami 30

(2) Alabama at Ole Miss: Alabama might score 70+ in this game. Ole Miss and head coach Lane Kiffin have an interesting offense, but a defense that allows big gains, after big gains. Prediction: (2) Alabama 55 Ole Miss 21

Missouri at (17) LSU: Coach Orgeron’s Tigers bounced back nicely last week after falling to Mississippi State on opening weekend. LSU beat a bottom-dwelling Vanderbilt team 41-7. Look for LSU to dominate on defense, while their offense scores enough to make the score look easier than the game really was for LSU. Prediction: (17) LSU 31 Missouri 20

(22) Texas at Oklahoma: Wow, these two have really sunken to new levels of disappointment. Oklahoma lost a close one at Iowa State last weekend, giving them their second straight loss. Texas should have beaten TCU last week, but they decided to fumble on the goal line. The Longhorns can basically eliminate Oklahoma from CFP contention. Prediction: (22) Texas 45 Oklahoma 37

Texas Tech at (24) Iowa State: Iowa State pulled the upset over Oklahoma last weekend. Matt Campbell better have his guys ready for Texas Tech. It took overtime to determine the winner of Texas Tech and (22) Texas. This could be the best game in the Big 12 this weekend. Looking at you Oklahoma and Texas (Who is definitely NOT back). Prediction: (24) Iowa State 34 Texas Tech 27

Arkansas at (13) Auburn: It is hard to put a ranking on Auburn after last weeks debacle at Georgia. Auburn quarterback Bo Nix looked like he took a big step backward. Arkansas is coming off a huge upset win over Mississippi State. This game should be another good game that comes down to the fourth quarter. Prediction: Arkansas 24 (13) Auburn 21

Florida State at (5) Notre Dame: This is a weird match up. Both teams are coming in after being affected by COVID-19. The Seminoles head coach Mike Norvell had the virus and couldn’t coach last weekend. For Notre Dame, they had to postpone a game last weekend because of COVID-19. Above all else, we want the players, coaches, and staff members to stay safe. Hopefully the virus doesn’t explode onto the scene in college football like it’s done to the NFL. Oh, and, Florida State is really bad this year. Painstakingly bad. Look for the Golden Domers to crush Florida State at home. Prediction: (5) Notre Dame 45 Florida State 21

Best Bets of the Weekend:

In summation, like it says above, this should be a super exciting weekend in College Football. To cap things off, let’s do some trivia to cap the Preview off. Tweet your answers at me or leave a comment and I’ll come up with a prize if you get all three questions correctly. Don’t cheat and look it up.

Can it just be Saturday already? I can’t wait to watch the Red River Shootout at noon on Saturday. Which team can embarrass themselves further? Then at 3:30, everyone will be sad because they don’t get to hear the great Verne Lundquist call the (14) Tennessee vs (3) Georgia game (He retired in 2016). And finally, can Manny Diaz and his Hurricanes shock the world and upset Clemson in Death Valley (2)? They will need a big game from D’Eriq King, but on a beautiful fall day in October, anything is possible.

Fourth & Long: Top Ten Players in the Class of 2021
4th & Long: Five Things that We Learned From A Wild Week 6 In College Football