Big Move Or Big Bust For The Los Angeles Clippers 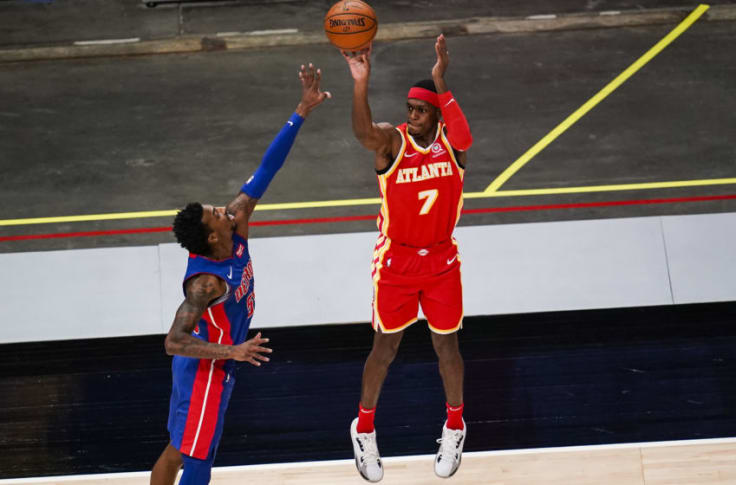 This trade season the Los Angeles Clippers acquired three-time champion and seasoned vet Rajon Rondo from the Atlanta Hawks in exchange for three-time sixth man of the year Lou Williams along with two second-round picks and cash. This deal can be the battery the Clippers needed to win a championship seeing how not only the Clippers are getting a legitimate, bona fide point guard who’s familiar with the Los Angeles Lakers since he just won with them last season. It’s no doubt that Lou Williams is one of the most beloved Clippers, he also has a history of under performing in the playoffs in point production and defense.

In the bubble Williams averaged around 13 points a game, four assists and three rebounds whereas Rondo helped lead his team to a championship in the bubble. The Clippers need a floor general like Rondo who can run the point, direct traffic and help spread the floor allowing Luke Kennard and Reggie Jackson to score some points off the bench. In addition to the roster changes the Clippers have also been on the incline, currently standing third in the Western Conference with only a handful of games left.

This move doesn’t exactly mean that the Clippers are out of the basement and automatically the favorites just yet; Rondo is a very strong minded individual who has an aggressive style of leadership that not every player can handle. Regardless he could still be the head of the snake that the Clippers do not have, even though Kawhi can distribute the ball leading the team in assists right now but he isn’t a point guard nor a point forward let alone a leader of a basketball team. In addition Paul George isn’t consistent enough to where he is considered a leader of a basketball team; from any moment he could go quiet and we have to put an APB out for him as we’ve seen from last season’s playoff performance.

Barring injury this Clipper squad really has a chance of getting out of the West and getting a championship. With Kawhi Leonard and Paul George playing great throughout this season, Leonard scoring 25 points a game and George scoring 22 points a game when they’re both on the floor, adding Rondo gives the team a little extra firepower on the floor in terms of shooting and playmaking. Now that the trade season has come to a close the Clippers made a move that fans were hoping for, even though it is bittersweet to see Lou Williams go, but it was necessary in order to get closer to a championship.

The injury bug has been sweeping the NBA leaving many of the league’s superstars unable to play; aside from Leonard’s foot injury the Clippers are healthy and have been on the rise with a three game win-streak making them a formidable team come playoff time. Now that the Clippers have a cerebral guy who can run their offense and free up the Paul George’s and Kawhi Leonard’s of those roles; putting them in positions to where they can play their game as opposed to having to facilitate opportunities for themselves. Overall the Los Angeles Clippers made a big move grabbing Rondo, he’s a big time guard who can perform under pressure and help lead a team to a championship, but it all depends on how the team utilizes him.