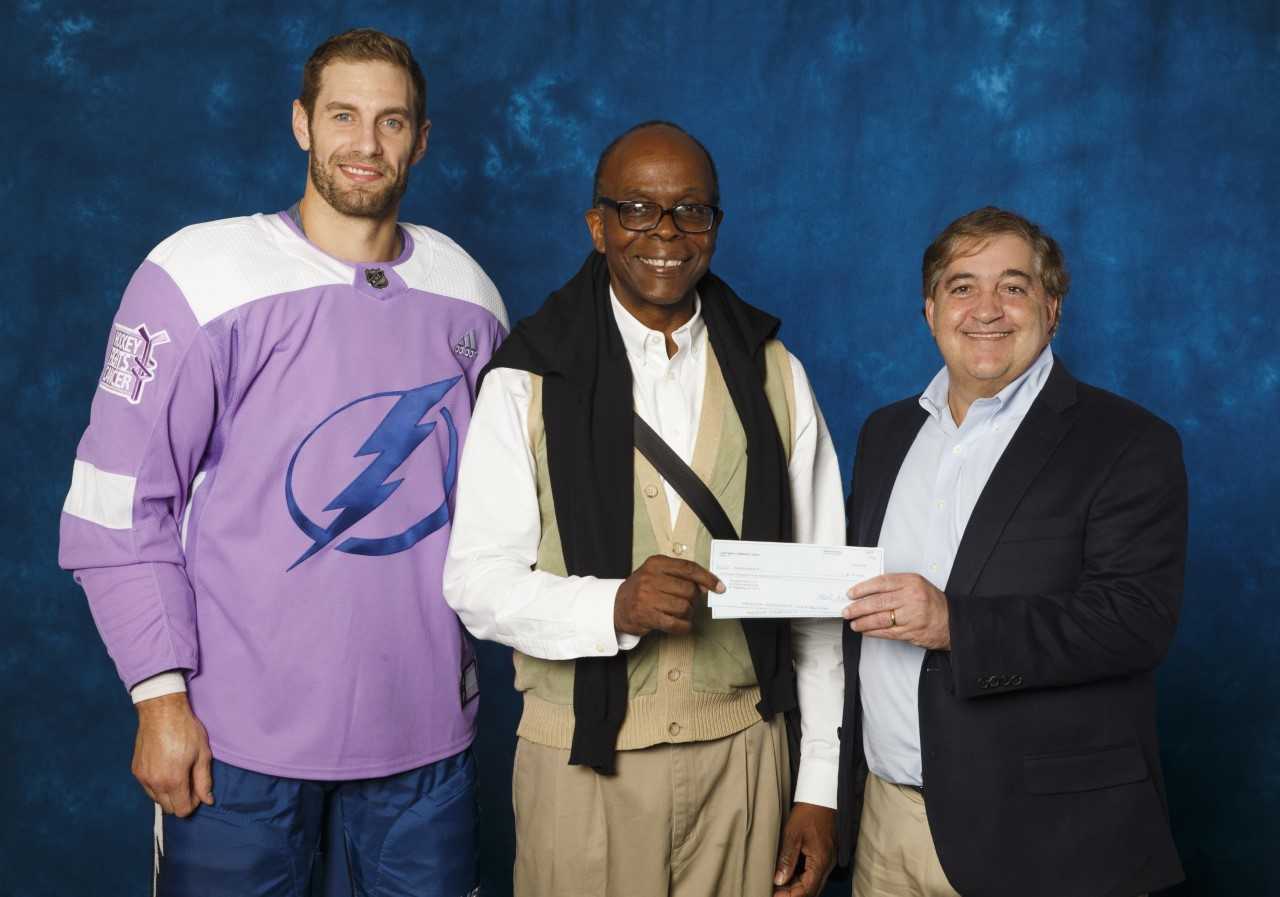 Jones, a performing arts professional, educator and role model for over twenty-five years, founded The Studio@620 with Dave Ellis in 2002 as a place for emerging artists to develop and share their work. The Studio has launched hundreds of visual and performing artists since its founding and has become a beloved cultural institution in St. Petersburg. Many local organizations got their start at The Studio, and it continues to be the home of Wordier Than Thou, Radio Theatre Project, Poetry Open Mic and the Improvholics. At the age of 50, Bob was diagnosed with cancer which made him want to extend his efforts to make a lasting impact. This is when he began living by “The answer is always YES,” and created Studio@620 in hopes to facilitate any artist needing a place to show and develop work.

Bob Devin Jones becomes the 331st Lightning Community Hero since Jeff and Penny Vinik introduced the Lightning Community Hero program in 2011-12 with a $10 million, five-season commitment to the Tampa Bay community. Through this evening’s game, in total, the Lightning Foundation has granted $16.65 million to more than 400 different nonprofits in the Greater Tampa Bay area. During the summer of 2016, the Vinik’s announced that the community hero program will give away another $10-million over the next five seasons.