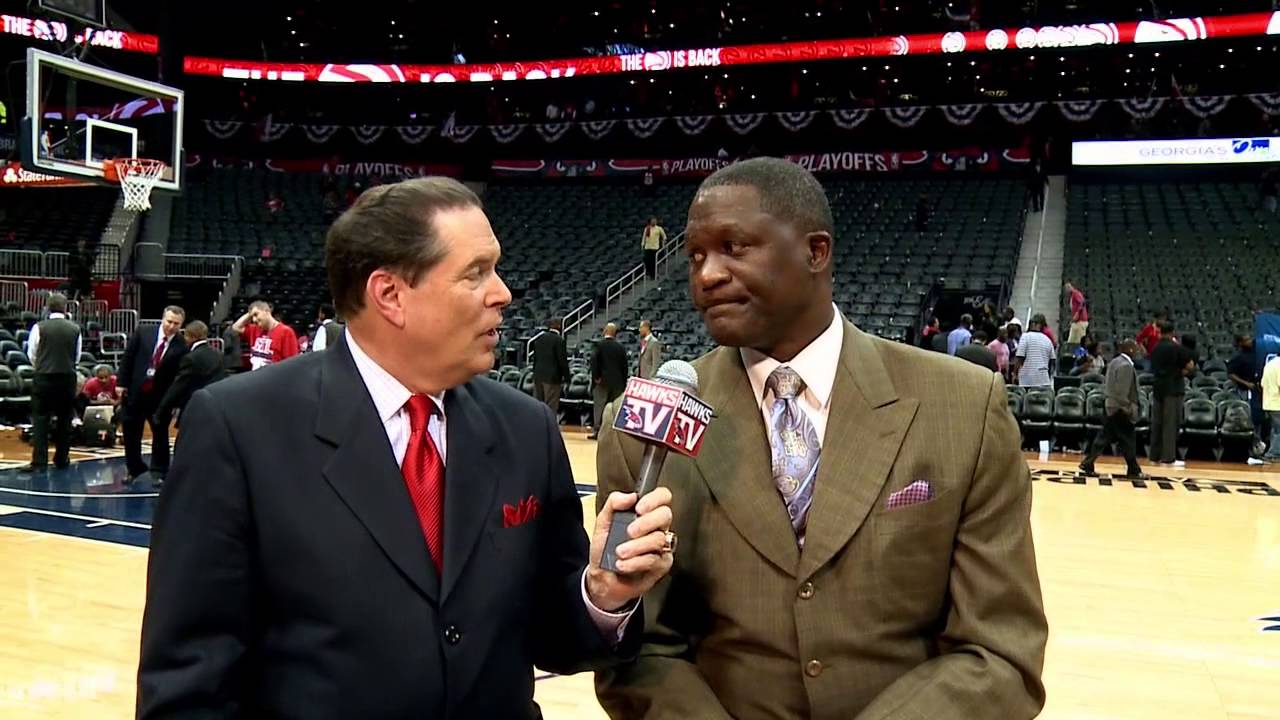 Veteran play-by-play man Bob Rathbun has been the announcer for the Atlanta Hawks basketball games on FSN South since 1996. He is an Emmy Award Winning Broadcaster, professional motivational speaker, and the author of The Fast Forward Winner.

BackSportsPage.com was able to dive deep and explore some of his inspiring stories and career advice, as well as touch on a more serious note involving the hardships brought on by the pandemic. Here you will get an inside look into Rathbun’s career as well as some fun facts that you might have not known before.

Q: Your collegiate resume and work within the NBA has landed you opportunities throughout numerous platforms ranging from college basketball, football, and baseball as well as being the voice for the WNBA’s Atlanta Dream and so much more. How have you been able to juggle all of these different sporting networks throughout your career?

A: Well I don’t work for all of them at the same time. That’s an accumulation of my career over the years, but I was fortunate. I was able to do major league baseball, college sports and the NBA all at the same time. Basically for two networks, Fox Sports South and Raycom Sports out of Charlotte. So I am just very lucky and fortunate.

Q: Was it hard to juggle between college basketball and NBA?

A: No not really because the people at Raycom would use me on nights that I did not have an NBA game so I didn’t have to choose one or the other. They were kind enough to work with me on my schedule. I would give them my Hawks games and they would fill in around it. So it was able to work smoothly.

Q: What has been your greatest challenge so far in your career?

A: I would say the greatest challenge for any of us that do professional sports is just staying on top of it. There are so many games, so many players. So much is demanded of us on the air to not only broadcast the games, but to be on social media, do other shows and stuff like that. Probably the challenge is to just keep it all straight or fresh and to go into every game like it is the first time and don’t get caught up in the routine day to day of the team’s season.

Q: Was sports broadcasting always the path you wanted to pursue?

A: Yeah I’ve been in it my whole life. When I was 12 years old I got invited to go to a radio station and take a tour and that turned into an every week habit of going down and hanging out and one day the sports casting station showed up and invited me to help them broadcast a baseball game. So then I got to do half an inning of a game. I just got the chance to do that, but I’ve been with it ever since. I was full-time working at the radio station when I was 19. I was going to college full-time and I went to work full-time so it’s been a labor love. I’ve been at it ever since. I branched off into television probably 40 years ago. It’s been great and a lot of fun.

Q: What is one sporting event you would love to announce for, but haven’t yet?

Q: What has been your most memorable or favorite announcing experience so far? Whether it is because of a specific player, a colleague of yours or just an exciting game.

A: I wouldn’t say one instance because things that meant a lot to me wouldn’t mean a lot to anyone else. The one moment I think that all Hawks Fans remember is when we won 19 straight and had the 60 win season 5 years ago. That was such a special time. They went to the Eastern Conference Finals for the first time in the history of the franchise and everybody in town was a Hawks fan. Everybody was excited about the games and everybody was watching all of the telecasts. So that was a very special time. We went unbeaten in the entire month of January, which has never been done before or since. So that was a very special time I always remember that fondly.

A: Well I’ve seen so many, you know it’s been fun to watch them grow and compete. To see, whether it’s Dominique Wilkins coming out of high school or James Worthy, Sleepy Floyd, the ACC teams of the past that I had a chance to do with Michael Jordan and David Thompson, and just the greats of the game. That’s been a lot of fun to watch over the years and then look back after they have retired to see what they’ve accomplished. The hall of fame careers, stuff like that. When you grow up in North Carolina you grow up on basketball and it was a lot of fun to watch those people compete. I grew up at a great time because there were a lot of high school stars in North Carolina to then go to the ACC and then cover them in the NBA later was really a lot of fun.

Q: If you could go back and give yourself a piece of advice when you were first starting out in your career what would it be?

A: If I had to go back and give myself a piece of advice I would value the networking a lot more than I did. Not that I didn’t find it important, but I always thought that if I did a good job and kept my nose clean and was a good guy that opportunities would come naturally. But that’s not how business works. To be able to cultivate working relationships with guys and ladies that I would meet along the way, if I could go back and do it over again I would have done a better job at networking.

Q: How has Trae Young responded to recent criticism from his teammates?

A: Yeah, I think it’s overblown to be honest with you. A lot of teams, every team, particularly in the NBA, go through something like this. It’s just part of the dynamic of a team. But to Trae’s credit and to John Collins’ credit it’s just not that big of deal. Trae handled it very well. You know when we are winning there’s no problem. I just think it got overblown. You know you have friends of yours that sometimes rub you the wrong way and you don’t mind telling them, but then the next day everything is fine.

Q: How would you say the James Harden trade reshapes the East?

A: Well we are going to find out because we play him tonight, so we will get a chance to see first hand how it’s going to work. The one thing about it is you have three of the biggest scorers in the history of the league on one team, (referring to James Harden, Kyrie Irving, and Kevin Durant), which is unheard of, but there is only one basketball. So it’s incumbent on those guys to make it work. The coaches can’t make it work, the teammates can’t make it work, it has to be those three. They have to come up with a way to be effective in close games and particularly in the end of close games. There 4-2 since the trade, Harden has been more of a facilitator than he certainly was in Houston. That has left Kyrie and KD to get most of the shots, so it’s something to watch to see how it all comes together. I don’t think they know quite yet how it’s all going to work out. It’s so new and practice time in the pandemic is so limited. It’s really hard for any team to work out their kinks. So I think they are kind of a work in progress.

Q: Has your career been hard to adjust to since the pandemic with everything going on and not having fans?

A: Yes ma’am. We are broadcasting every game at the arena, home and away. For somebody like me who lives with the team everyday for practice, travel and all the games, I’m like a fish out of water. I have a sense of disconnect like I’ve never had before, but all of us are going through that. The fans can’t go to the game; the media can’t cover the games. Even if we were traveling it would be a miserable experience because you can’t leave your hotel room, you can’t visit your friends, you can’t go have dinner. All the things that we love about traveling you can’t do. So even if I were traveling it probably would just be miserable. I want this over. I am sick of the pandemic and I am tired of being forced to live like we are all forced to live. I want to be able to hug somebody. It’s getting old; I want this vaccine for all of us so that we can get our lives back to normal. This is ridiculous, it’s been going on for a year that we’ve been living like this. So it will be good to get back.

Back Sports Page would like to thank Bob Rathbun for this look into the hard work and dedication he puts into being one of the best broadcasters in the business. It is truly inspiring to hear from someone who brings truth to the phrase, hard work pays off, and now gets to do something that he loves everyday. His accomplishments so far are already incredibly impressive, and I know there are just more to come.