Another Heartbreaker For the Bolts 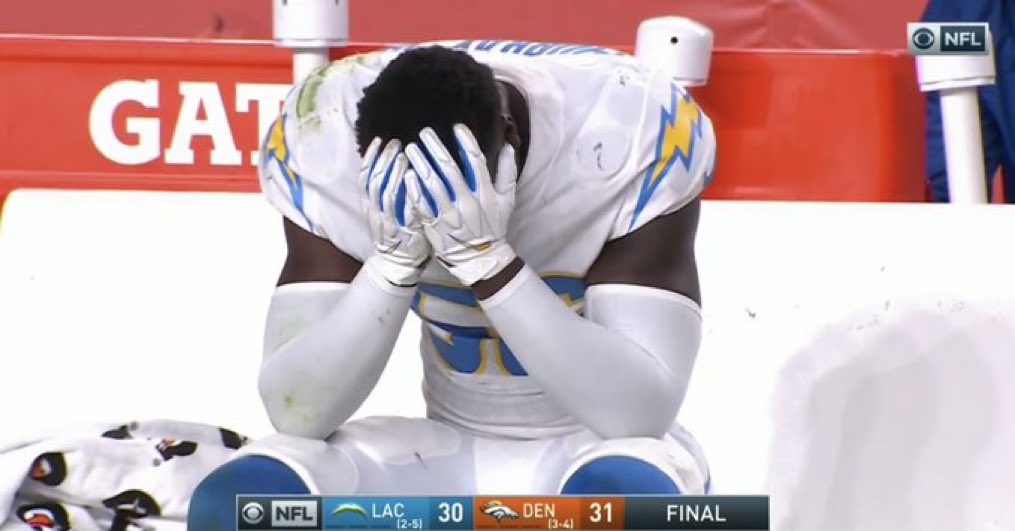 It’s the same old story with the Chargers every game. It seems that the team surely knows how to lose in the most heartbreaking way possible. Stringing together strong performances at first, then throwing it away in typical Chargers fashion.

Sunday’s game against the Denver Broncos was no different. The Bolts looked like the superior team throughout the first three quarters. Being able to generate a 21 point lead against Denver.

However, the Chargers relinquished that lead after a Philip Lindsey 55 yard run and three Drew Locke dimes in the endzone. The defense has the talent to generate stops, but the secondary has been suspect since Derwin James went down.

Turnovers also played a big part in Sunday’s defeat, with Herbert throwing two vital interceptions. Under throwing one to Mike Williams and the other intended for Jalen Guyton on a deep ball.  These two picks would lead to 10 Denver points.

Herbert still had himself a solid performance throwing for 278 yards and three touchdowns. While also becoming the first quarterback in franchise history to throw for three touchdowns in each of his first six starts.

In spite of his performance, Herbert wasn’t satisfied at all because it resulted in a loss. “We came up short so it really doesn’t matter how well I played or how poorly I played,” the rookie quarterback said. “We lost”

In the past four games, the Chargers have blown lead of:

The Chargers are currently ranked number two in the NFL in total yards per game with 417. While also averaging 25.6 PPG. Since Justin Herbert took over the offense, the Chargers have been that dominant force. But are not able to close out a game.

On the opposite side of the ball, the Chargers ranks 18th in total yards per game with 364. They are also giving up an average of 26.4 PPG. That is not a recipe for victory by any stretch. In each of the Chargers defeats, they have had their chances to close it out with the victory but come up short.

Lynn Is On the Hot Seat

All eyes are on Head Coach Anthony Lynn. In a sense Lynn is on the hot seat after multiple demoralizing defeats. If Lynn isn’t able to put together a respectable record or continues to lose close games, he will be fired.