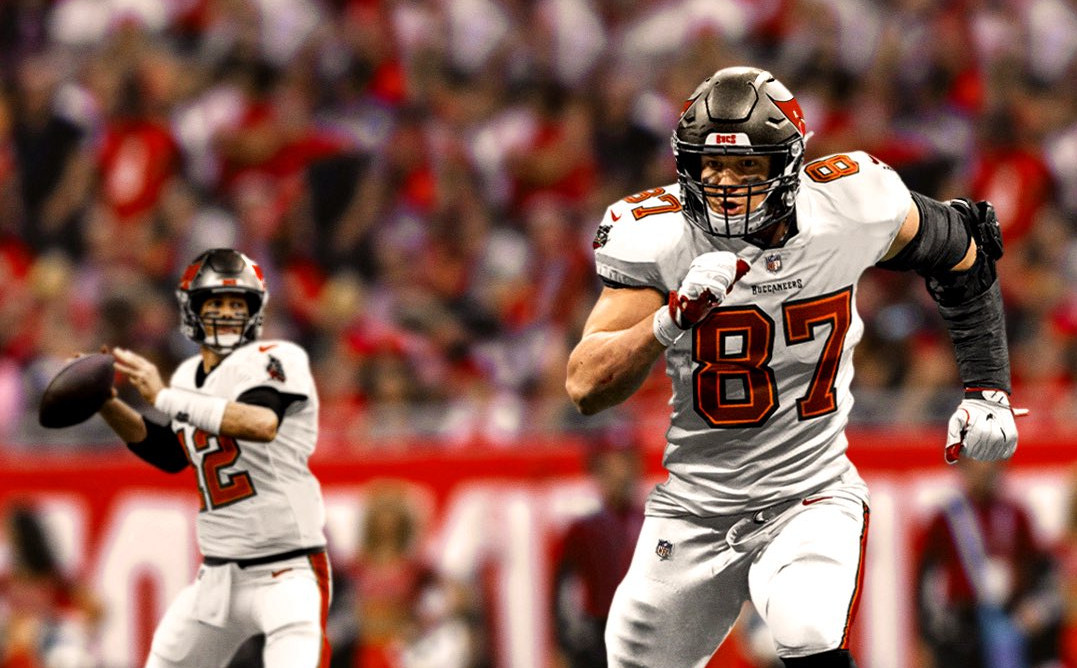 The football world was shocked when, after 19 years, QB Tom Brady elected to leave New England for Tampa Bay. About a month later, TE Rob Gronkowski’s rights were traded to the Tampa Bay Buccaneers to once again unite with Brady.

What the pair has meant to the sport is significant both individually and collectively: they are going into their tenth season together having already won three Super Bowls, and now becoming second in the all-time TD record holders among teammates with 92 touchdowns:

Brady and Gronk are the greatest QB-TE duo the sport has ever seen and have changed the game of football.

It’s been nice to see these two reunite in sunnier pastures. It’s evident the two were completely worn down by the overwhelming structure and no-nonsense conduct in New England. Now, they get to let it loose with gulf coast beaches and amusement parks.

The chemistry between these two is undeniable and will be fun to watch as the season progresses.